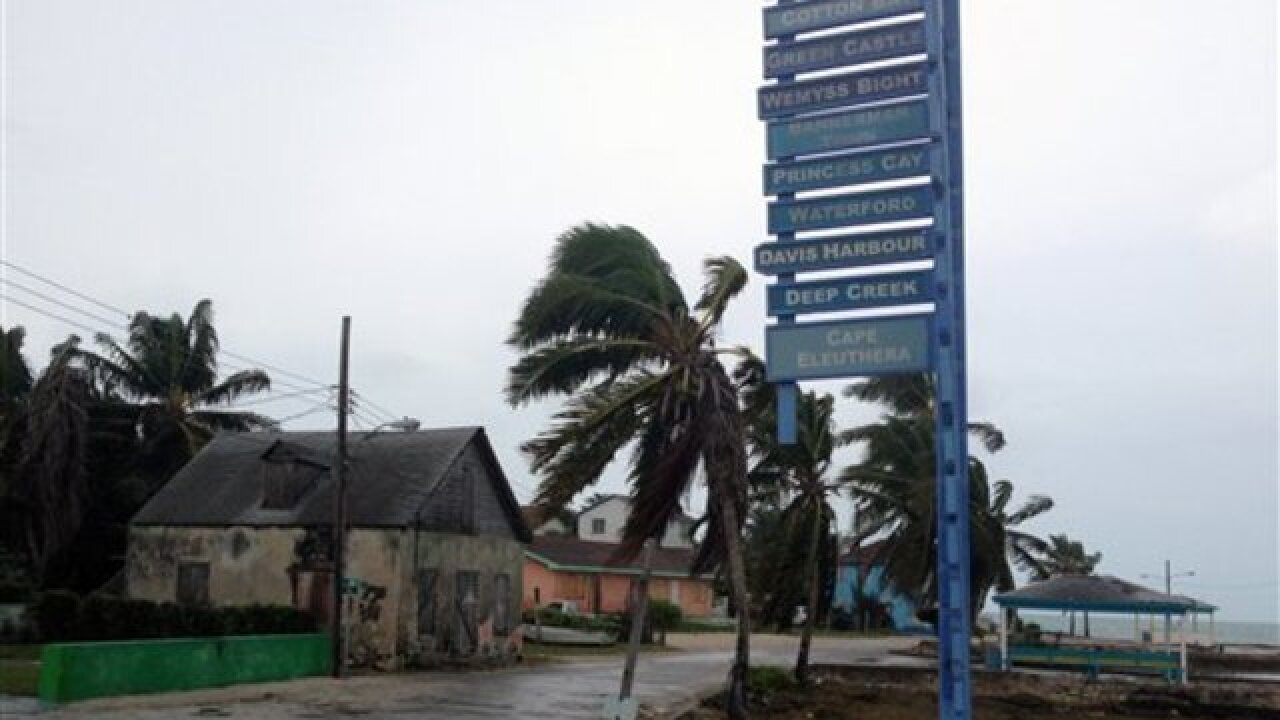 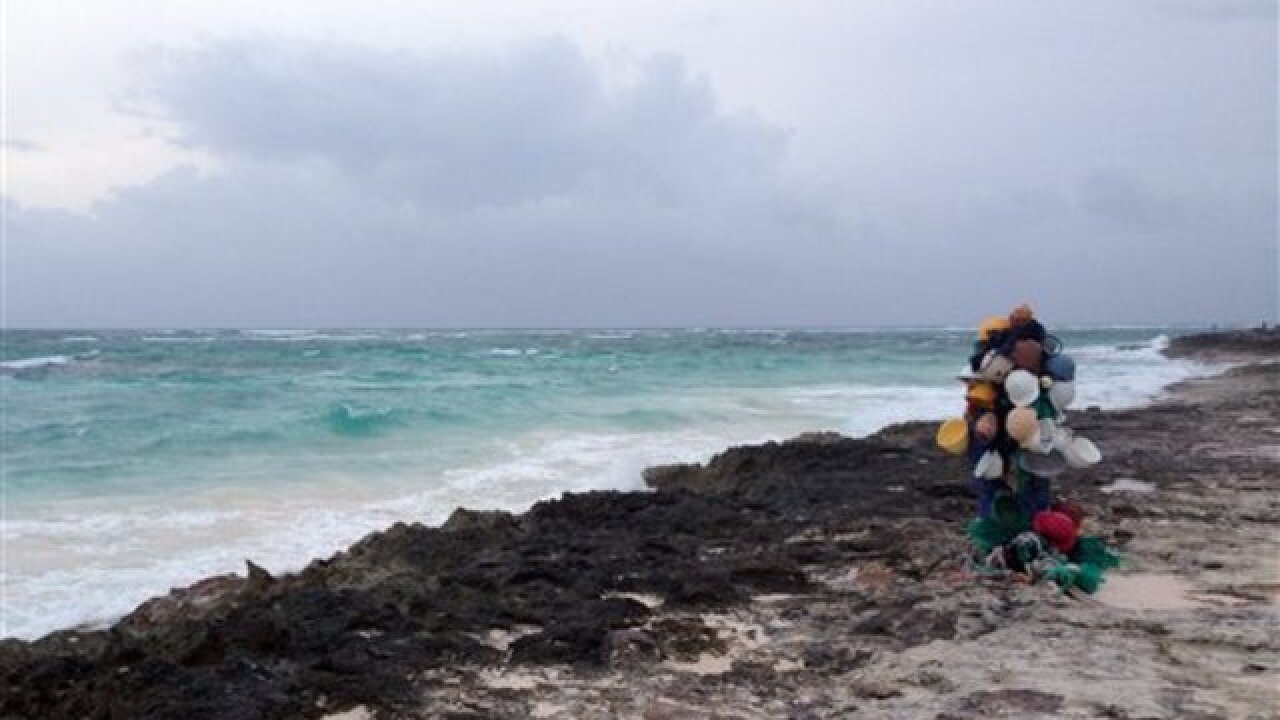 By: Ben Fox, Associated Press writer
Posted at 10:14 AM, Oct 02, 2015
LIVE BLOG: HURRICANE JOAQUIN
ELEUTHERA, Bahamas -- Hurricane Joaquin ripped off roofs, uprooted trees and unleashed heavy flooding as it hurled torrents of rain across the eastern and central Bahamas on Friday, and the U.S. Coast Guard said it was searching for a cargo ship with 33 people aboard that went missing during the Category 4 storm.
The Coast Guard said the 735-foot (224-meter) ship named El Faro had taken on water and was listing at 15 degrees near Crooked Island, one of the islands most battered by the hurricane.
Officials said they hadn't been able to re-establish communication with the vessel, which was traveling from Jacksonville, Florida, to San Juan, Puerto Rico. The Coast Guard said the crew earlier reported it had been able to contain the flooding. No further details were available.
The U.S. National Hurricane Center said Joaquin's threat to the U.S. East Coast was fading as new forecasts showed it likely to curve out into the Atlantic while moving north and weakening in coming days.
But the slow-moving storm continued to batter parts of the Bahamas, cutting communication to several islands, most of them lightly populated. There had been no reports of fatalities or injuries, said Capt. Stephen Russell, the director of the Bahamas National Emergency Management Agency.
Residents reached by relatives said they were "trapped in their homes, and reported feeling as if their structures were caving in," Russell said. "It's too dangerous to go outside because the flood waters are so high, so we ask that persons stay inside and try to go into the most secure place of their home."
Power also was knocked out to several islands, and Leslie Miller, executive chairman of the Bahamas Electricity Corporation, said the company "is in no position to do much" to restore electricity. "All the airports are flooded," he said.
Schools, businesses and government offices were closed as the slow-moving storm roared through the island chain.
Streets were largely deserted as people remained hunkered down on the island of Eleuthera, which was bracing for heavy winds later Friday. Some people were still making last-minute preparations, including Alexander Johnson, 61, who was moving his fishing boat with his brother, Solomon.
"It looks like it's going to make a turn to the north, so we won't get it in full," Johnson said. "That's good for us, because we've seen some rough ones come through here."
Security guard Patrick Bethel said he was thankful there had been no reported casualties and wasn't too worried about what the day would bring: "We just have to see what God will do. God controls the storm."
Joaquin had maximum sustained winds of 130 mph (215 kph), the U.S. National Hurricane Center in Miami said. As of 11 a.m. EDT Friday, the storm was centered about 5 miles (10 kilometers) south of Rum Cay and was moving north near 3 mph (6 kph). Hurricane force winds extended outward up to 50 miles (85 kilometers) and a hurricane watch was in effect for Bimini and Andros Island.
The storm was expected to turn north later Friday, with some weakening expected on Saturday. The Hurricane Center had the storm tracking farther away from the U.S. East Coast than originally predicted.
Rick Knabb, director of the Center, said Joaquin is expected to pass well offshore from the eastern seaboard.
"We no longer have any models forecasting the hurricane to come into the East Coast," he said. "But we are still going to have some bad weather."
In addition, the entire East Coast will experience dangerous surf and rip currents through the weekend, he said.
"Joaquin is going to generate a lot of wave energy," Knabb said, adding that Bermuda might issue a tropical storm or hurricane watch, depending on Joaquin's path.
The Hurricane Center said parts of the Bahamas could see storm surge raising sea levels 6 to 12 feet (as much as 4 meters) above normal, with 12 to 18 inches (31 to 46 centimeters centimeters) of rain falling in the central Bahamas.
Authorities in the nearby Turks & Caicos Islands closed all airports, schools and government offices.
__
Associated Press writers Tony Winton in Miami and Danica Coto in San Juan, Puerto Rico, contributed to this report.
Associated Press 2015