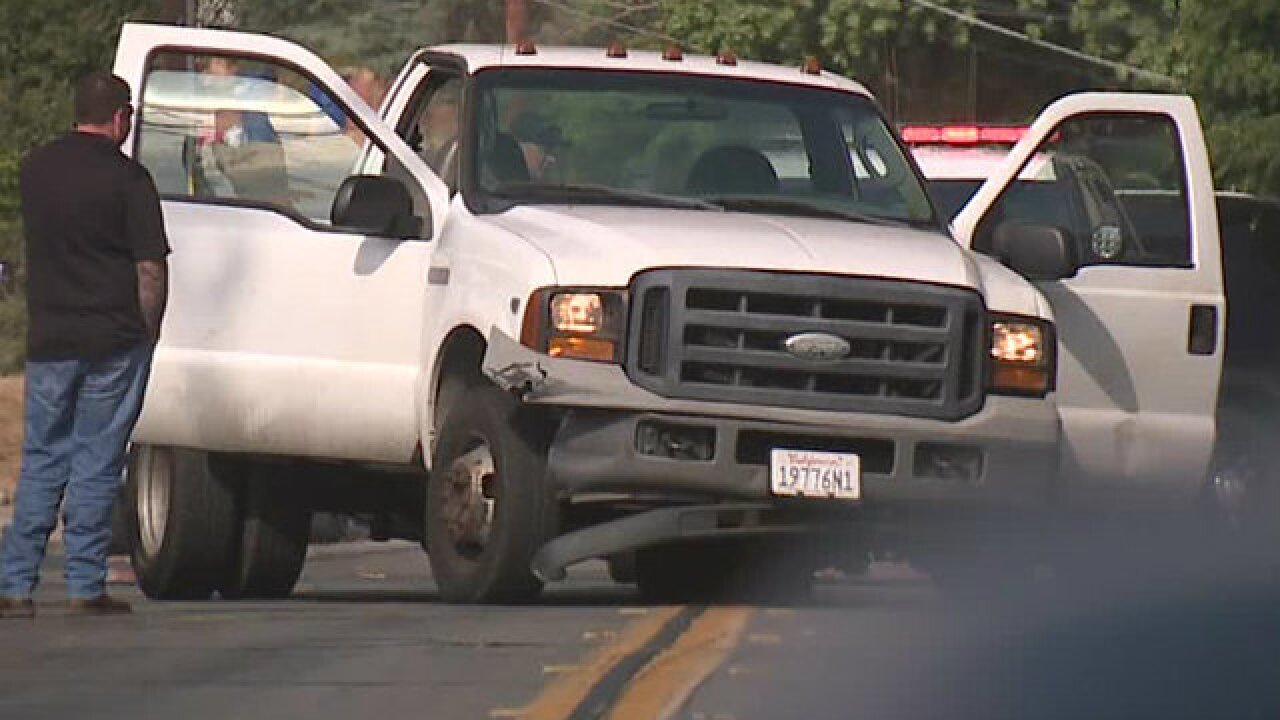 LAKESIDE, Calif. (KGTV) - A man suspected of stealing a pickup truck and then leading sheriff’s deputies on a high-speed pursuit Monday was arrested in a Lakeside neighborhood.

Sheriff’s officials told 10News the incident began as a stolen vehicle report in the Lakeside area shortly before 8:30 a.m. Details on the truck theft were not immediately disclosed.

Officials said the driver led responding deputies onto state Route 67 and then onto surface streets, speeding in the wrong direction at times.

The pursuit ended in an area near Wintercrest and Orange Crest drives, according to sheriff’s officials, but the driver ditched the truck and fled the scene.

After a search of the neighborhood, deputies located the driver in the backyard of a home and arrested him.

Officials told 10News the driver had been trying to enter homes as he was being pursued but was unsuccessful.