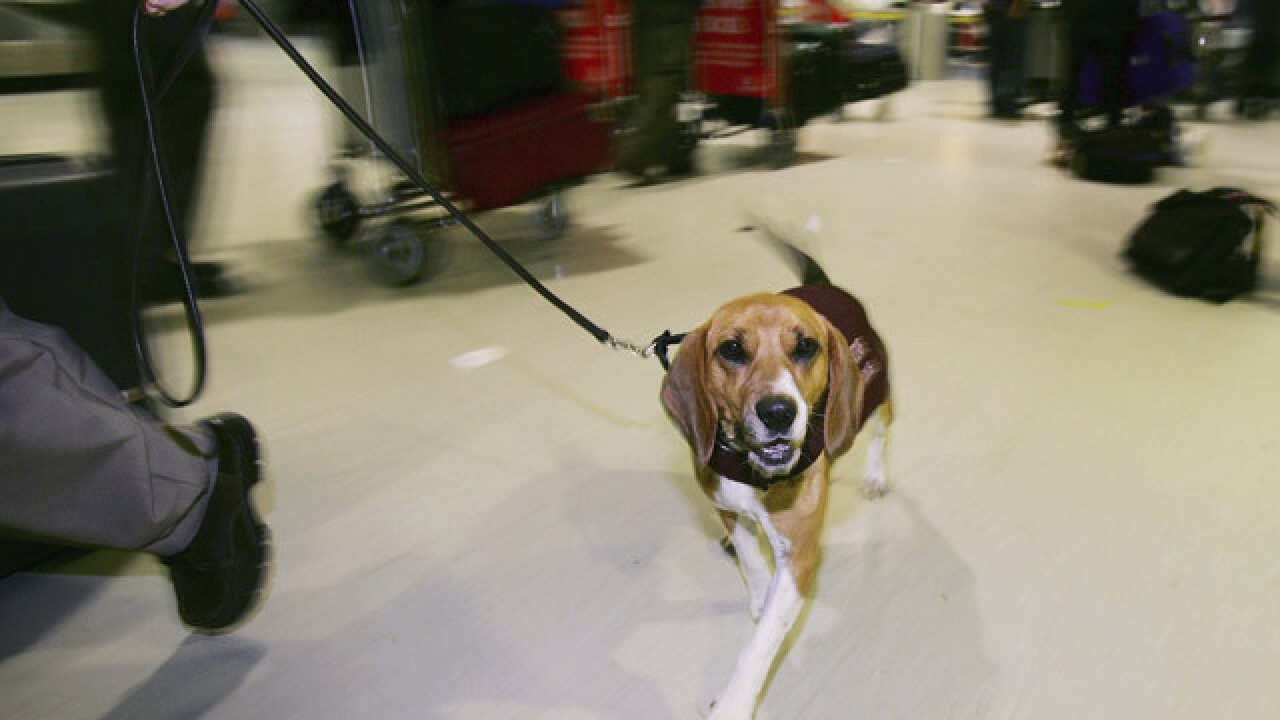 Image copyright 2013 Getty Images. All rights reserved. This material may not be published, broadcast, rewritten, or redistributed.
Ian Waldie/Getty 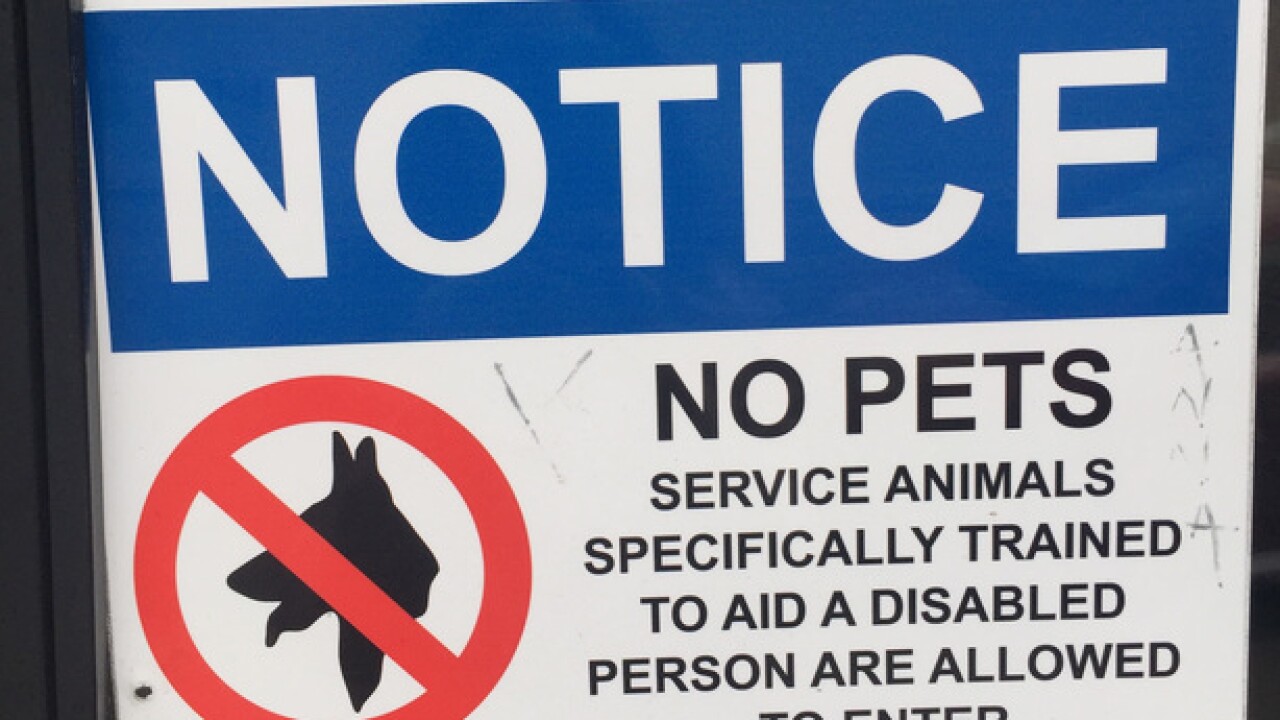 SAN DIEGO (KGTV)--Chihuahuas at the grocery store.  Labradoodles in your laundromat.  There is a proliferation of service dogs, and the phenomenon has some San Diegans asking – are these just pets?

In Hillcrest, business owners want to stop the influx of pets posing as service dogs.

“It’s gotten out of control,” says Linda Saltzman, manager of Bread et Cie on University Avenue.  Saltzman is trying to stop unruly pets that come into the bakery during busy hours.

A sign on her bakery’s front door explains the difference between a service dog and a pet.  She also printed the information from the Americans with Disabilities Act website to show it to customers when they enter her store with a dog.

Saltzman says she isn’t against having service dogs in her store.  In fact, Bread et Cie offers a dog-friendly patio for pets that aren’t service dogs.  She’s concerned about dishonest dog owners trying to pass off their pets as service animals and concerned for her customers who may be allergic to dogs.

Her frustration with the situation has led her to contact the local health department about her rights as a business but was told there is nothing the department can do about these cases.

WHAT IS A SERVICE DOG?

The U.S. Department of Justice describes a service dog as an animal trained to help someone with a disability.  Among its list of guidelines, the department says that pets trained to provide emotional support, therapy, comfort or companionship are not service dogs.

But, because there is no official certification process, anyone can claim to have a service dog.

A service dog can be any breed.   It doesn’t necessarily need to wear a leash because some dogs are trained to respond to a disabled person’s voice commands or other signals.

Research into service dog certification shows that dogs require training – but people with disabilities have the right to train the dogs themselves and not use a dog training service.

The Association of Professional Dog Trainers wants more dogs to be trained.  The APDT is the country's largest association of professional dog trainers, and many of its 5000 members have reported problems with the service dog issue.  The group’s chairman Robin Bennett is working on an official stance on the matter.

WHAT ARE MY RIGHTS AS A BUSINESS OWNER?

Business owners and employees, like Saltzman, can’t ask for proof that the dog is a service animal.  They’re only allowed to ask customers two questions: Is the dog a service animal required because of a disability? And what work or task has the dog been trained to perform.

Restaurants and bars or other places that serve food can ban service dogs from sitting at tables or on barstools.  Service dogs are not allowed in swimming pools at the gym, but they can stay on the pool deck.

Otherwise, service dogs can go anywhere their owners are allowed.

The only exceptions to this rule: if the animal’s behavior poses a direct threat to the health or safety of others, if the dog isn’t housebroken, or if the dog is disruptive, for example, it repeatedly barks during a movie or concert.

HOW DO I RECOGNIZE A SERVICE DOG?

Those special vests are not necessarily an indicator; they’re available to anyone on Amazon.

A service dog usually stays on the ground, but it can be held.  Some dogs have been trained to perform tasks like detecting high or low levels in a diabetic person’s blood sugar, which can require the owner to hold the dog.  Service dogs can also detect the onset of a seizure in a person with epilepsy.  A person with depression may have a dog trained to remind him or her to take medication.

Bennett says, “The service dog will generally be the one you won’t notice.  They’re trained to be out in public.”

WHAT’S THE PENALTY IF MY PET’S A POSER?

There’s a penalty to falsely claiming to have a service animal – it’s a misdemeanor under California state law, with a punishment of six months in county jail, or a fine up to $1000.