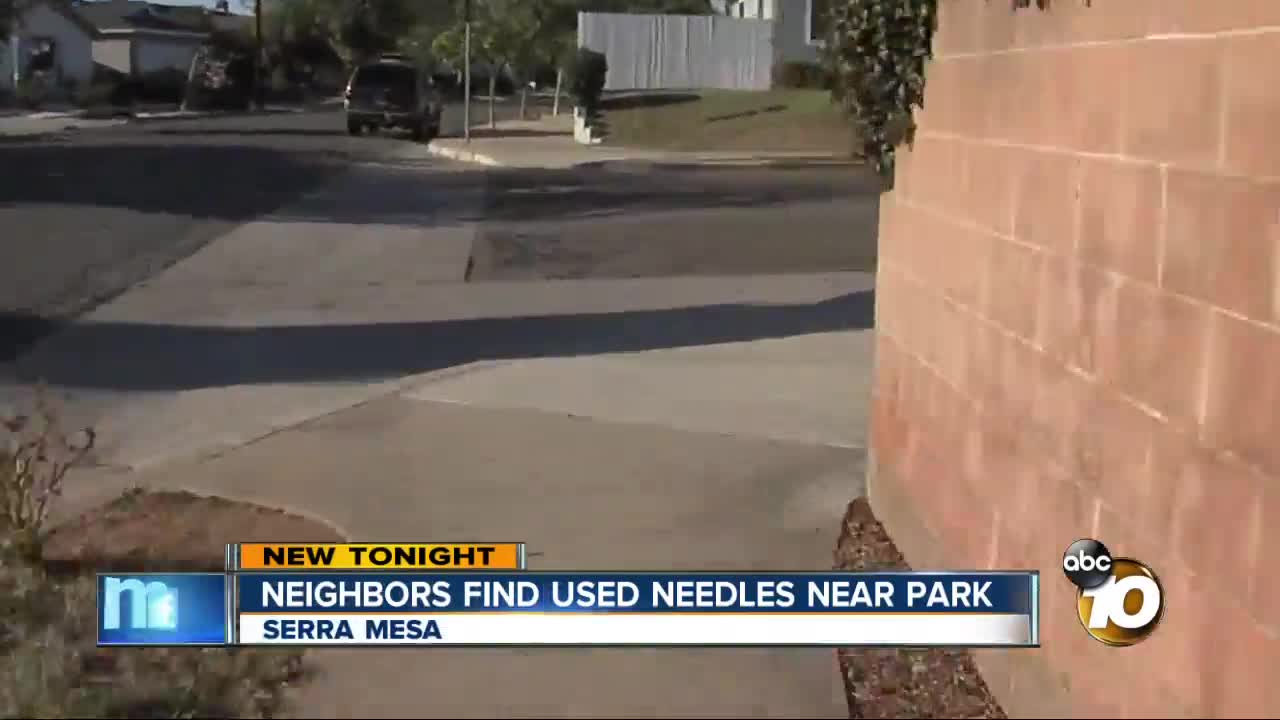 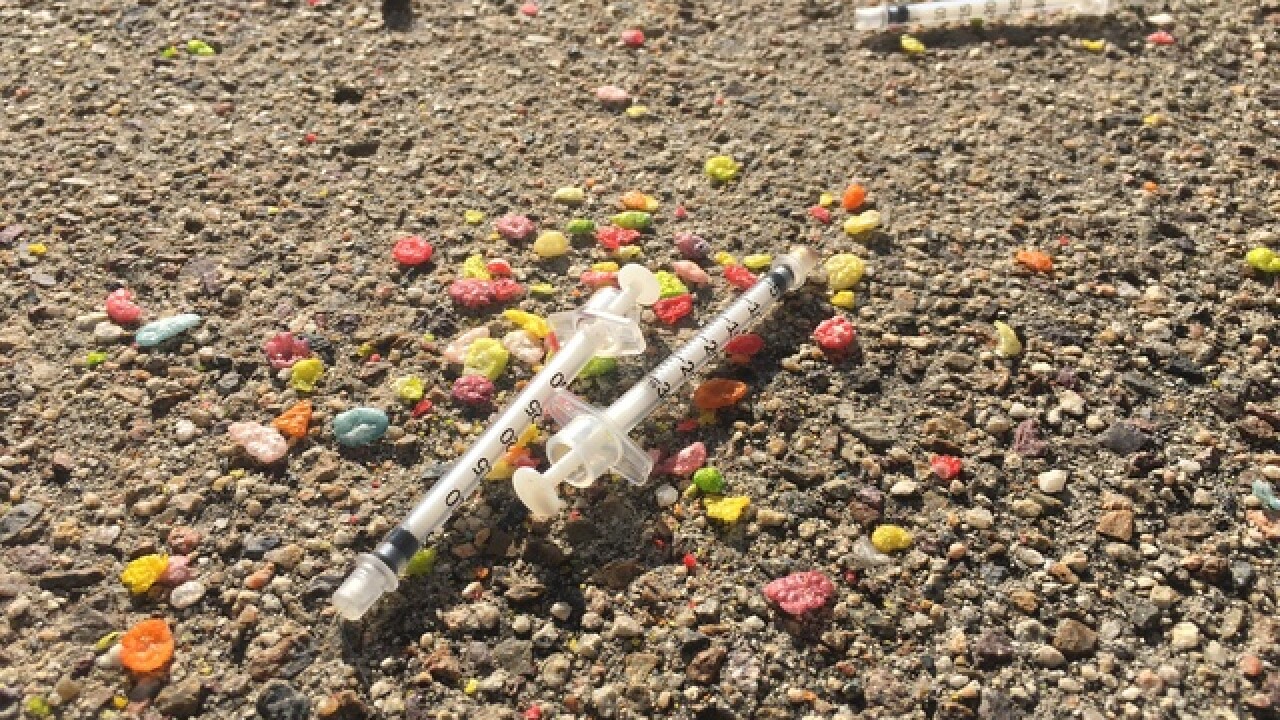 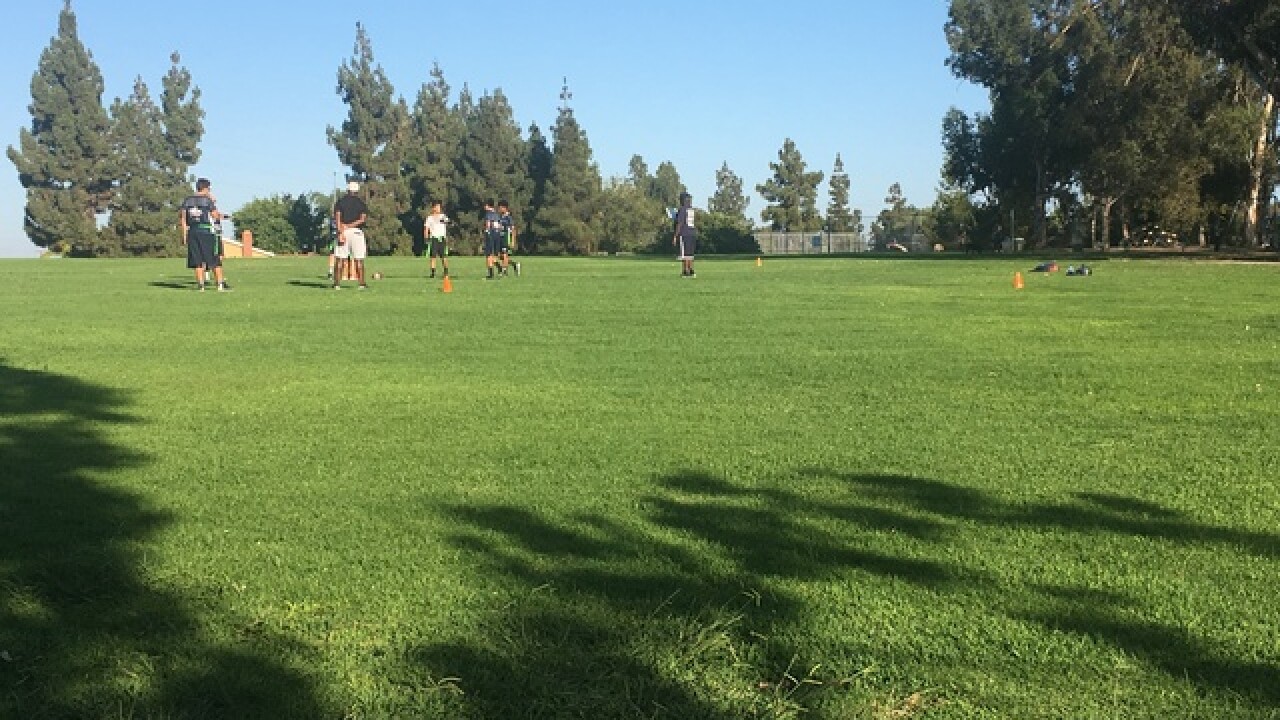 SAN DIEGO (KGTV) - A mother posted a warning to Serra Mesa neighbors Thursday, showing used needles left on the sidewalk next to a box of spilled Fruity Pebbles, just a block away from Murray Ridge Park.
Other neighbors, like Beverly Latham who has lived in the area for 19 years, came across the needles, "it was a first, it really upset me and shocked me."
Thursday she was on her daily walk with the dogs to the park and came across the needles. She wasn't feeling well and had her hands full with the dogs so she couldn't clean up the needles at that time.
She immediately thought it was awful that someone left the used needles on the sidewalk and blamed the homeless who live out of their vehicles, who are spotted in the neighborhood every so often.
"A lot of young kids now and they’re out there riding their bicycles, but mostly I’m concerned because we have seniors who walk, seniors with their pets who walk together as a group and if they stopped and tried to do something with the needles, and not do so safely," Latham said.
San Diego Fire and Rescue says you should report any Hazmat situation on the Get It Done App or website.
Latham spotted the needles in the same spot on the sidewalk Monday and decided she would come back, gloves on, tongs and trashcan in hand to make sure her community is safe.
"It’s just not cool. We’re just a wonderful neighborhood." Latham scrutinized the entire area to make sure she picked up every piece of trash and eliminated any danger.
"We’re neighbors, we look out for each other," Latham said simply. One of the syringes had insulin printed on the side.
Copyright 2020 Scripps Media, Inc. All rights reserved. This material may not be published, broadcast, rewritten, or redistributed.