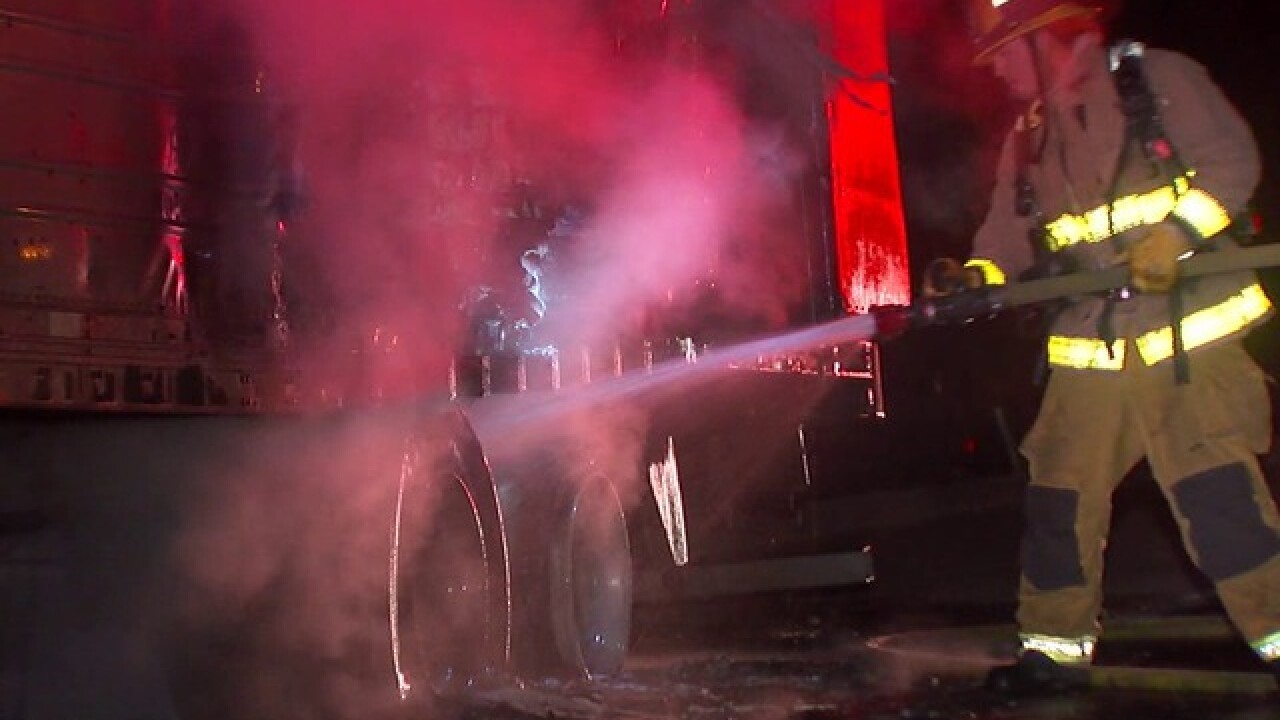 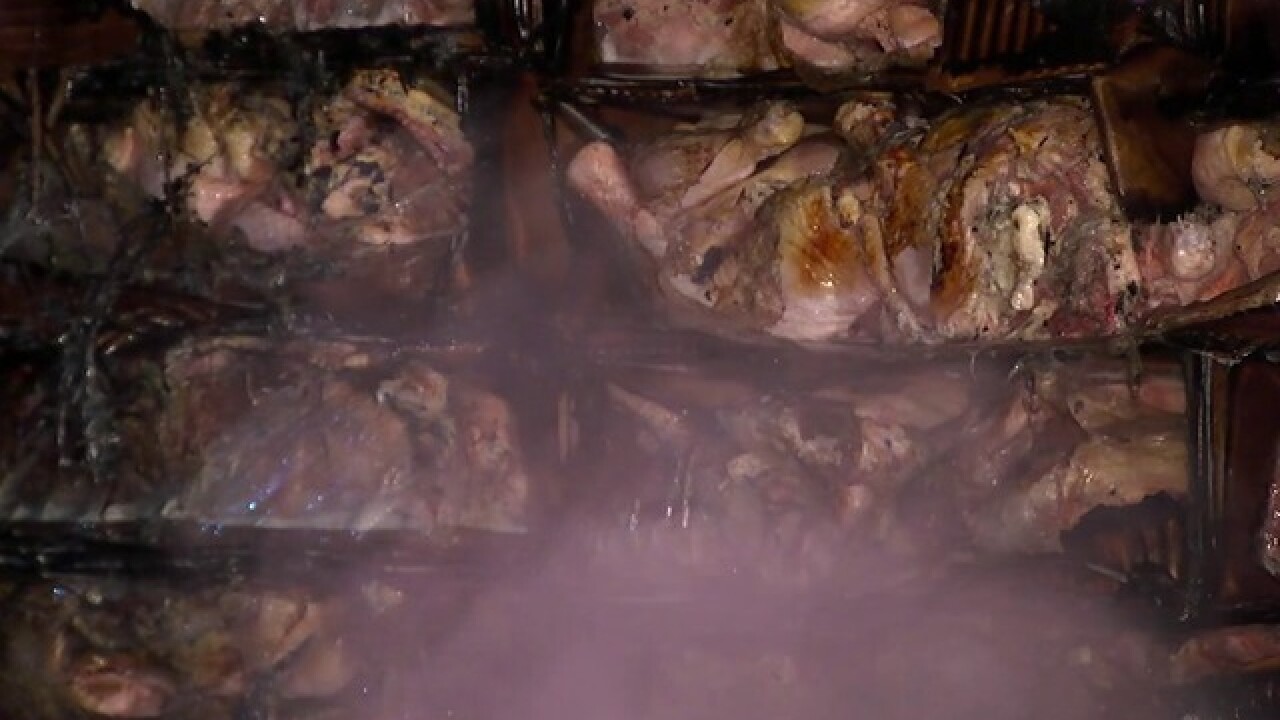 By: 10News Digital Team
Posted at 6:30 AM, Jan 28, 2016
EL CAJON – A semi-truck carrying about 40,000 pounds of chicken caught fire on the Interstate 8 freeway  Wednesday morning in El Cajon.
The blaze broke out at around 1:10 a.m. on westbound Interstate 8 near 2nd Street. The driver was getting onto the freeway when he noticed the flames. He immediately pulled over onto the shoulder. The fire melted the sides of the trailer. There were no injuries.
Heartland Fire & Rescue crews responded and extinguished the blaze while California Highway Patrol shut down both sides of the freeway. I-8 was fully reopened sometime before 6 a.m.
The truck was carrying 40,000 pounds of frozen chicken on pallets. A good portion of the chicken was roasted through. Wires could be seen hanging from the trailer.
HF&R investigators believe a mechanical issue may have sparked the fire in the trailer.