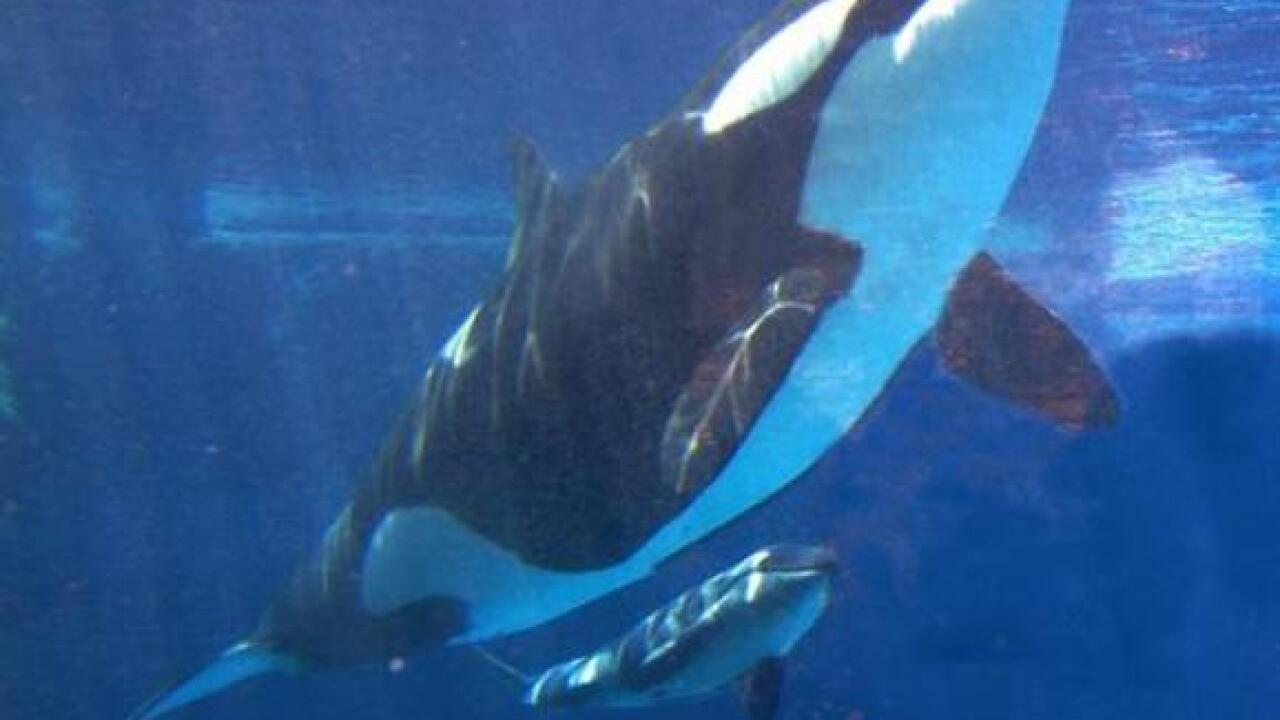 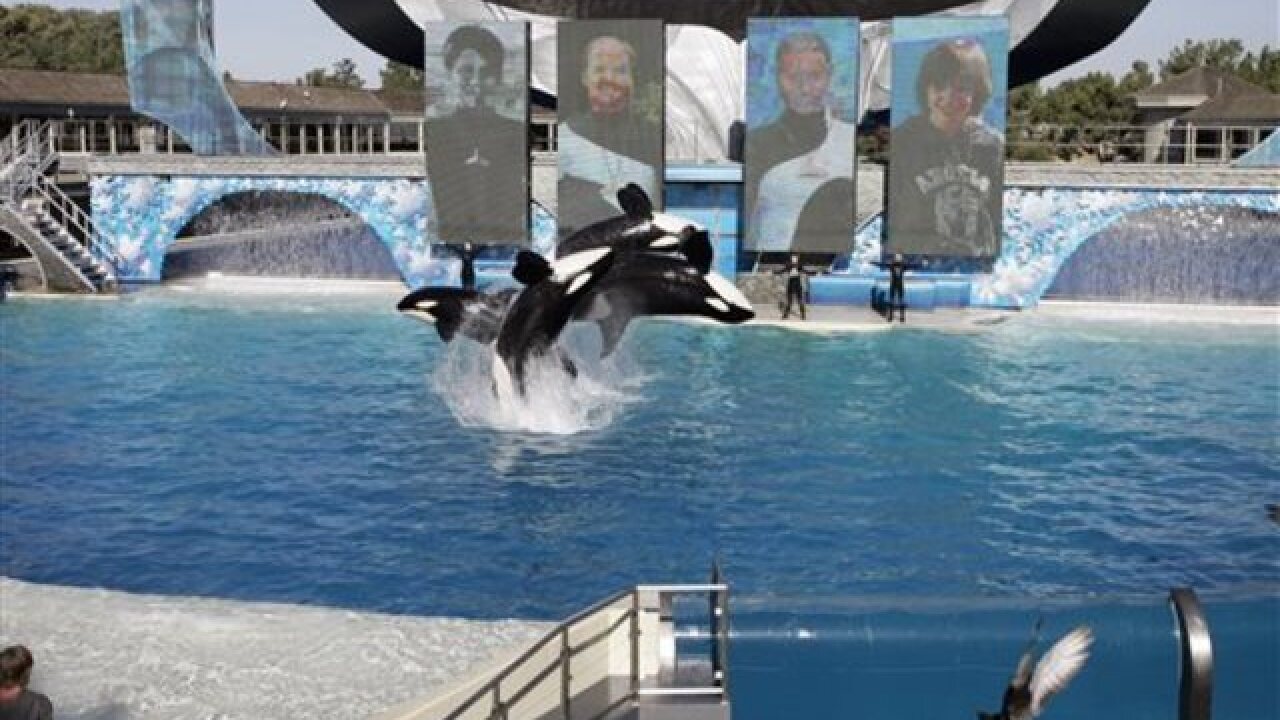 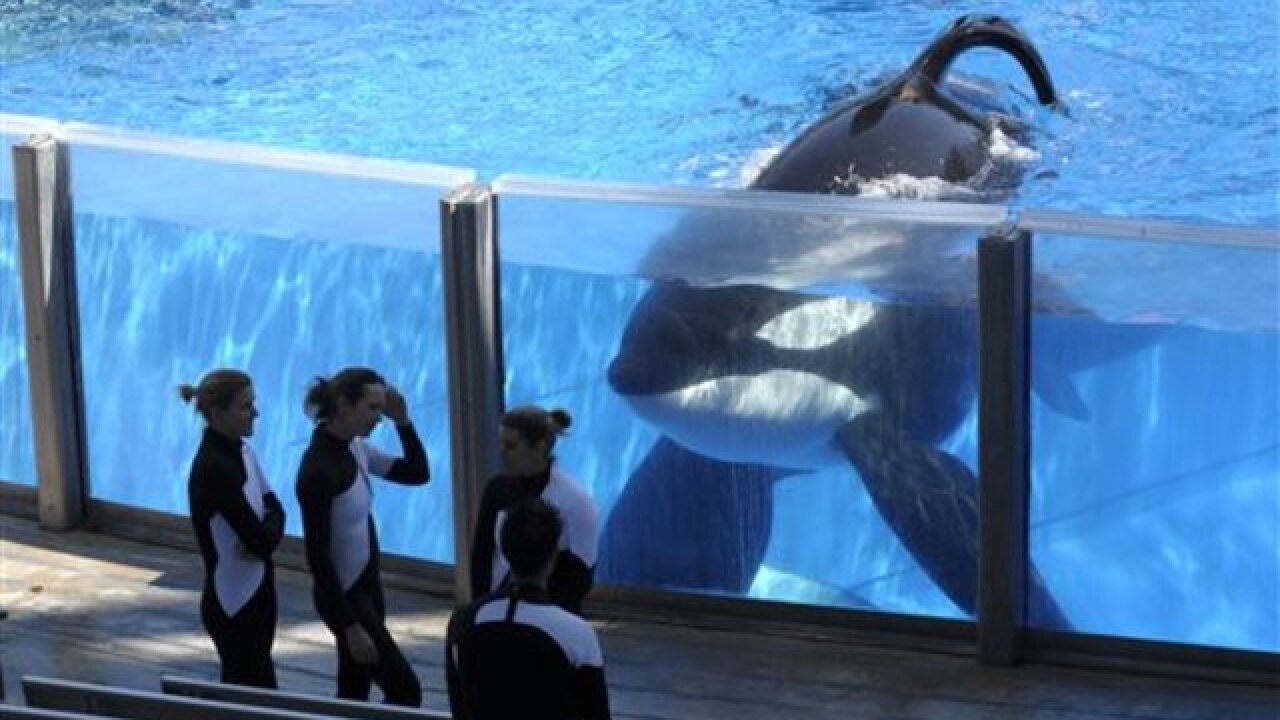 SAN DIEGO - SeaWorld Entertainment, Inc. announced Thursday that orcas will no longer be bred at its parks in San Diego or anywhere else in the country, and theatrical shows involving the marine mammals will be phased out.

The announced changes brought SeaWorld widespread praise, but it was not universal, with a prominent animal rights organization demanding more.

Along with announcing the end of orca breeding and animal performances, SeaWorld also said it has teamed up with the Humane Society of the United States in an effort to educate visitors about animal welfare and conservation issues through programs at the parks and expanded advocacy for whales, seals and other marine creatures in the wild.

"SeaWorld has introduced more than 400 million guests to orcas, and we are proud of our part in contributing to the human understanding of these animals," SeaWorld Entertainment, Inc. President and CEO Joel Manby said.

"As society's understanding of orcas continues to change, SeaWorld is changing with it. By making this the last generation of orcas in our care and re-imagining how guests will encounter these beautiful animals, we are fulfilling our mission of providing visitors to our parks with experiences that matter."

SeaWorld's about-face comes less than three months after park officials filed a lawsuit against the California Coastal Commission over a ruling that would end the breeding of captive killer whales at its local theme park. The commission's order was tacked onto its approval of a permit allowing the local theme park to expand its orca tanks.

SeaWorld had agreed earlier to not increase the park's orca population, except through occasional captive births or rescues authorized by government agencies. Park officials said they have not captured orcas in the wild for decades.

At a news conference, part president John Reilly said the decisions were difficult to make.
"This is about doing the best thing for our whales, our guests, our employees and SeaWorld," Reilly said. "We love our whales, and so do many of our visitors at SeaWorld, but we also know that whales have become a growing concern for many people."

SeaWorld has suffered dipping attendance since the release of the documentary "Blackfish," which focused on the treatment of orcas. The 2013 film explores the 2010 death of trainer Dawn Brancheau at SeaWorld Orlando. She was pulled under water and drowned by Tilikum, a performing killer whale.

The theme park on Mission Bay has also been the frequent target of animal rights organizations and was recently criticized after a San Diego employee posed as an animal rights activist to spy on People for the Ethical Treatment of Animals.

PETA President Ingrid E. Newkirk said Thursday the halting of SeaWorld's orca breeding program was not enough. The organization has pushed for captive killer whales to be released into "sea sanctuaries."

"For decades orcas, dolphins, beluga whales, seals and many other animals have suffered in SeaWorld confinement, and to do right by them now, SeaWorld must open the tanks to ocean sanctuaries so that these long-suffering animals may have some semblance of a life outside their prison tanks," Newkirk said. "SeaWorld has taken a step forward but more must come."

Assemblyman Richard Bloom, D-Santa Monica, said at the news conference he planned to reintroduce his legislation that would permanently ban captive breeding of orcas throughout the state, since different leadership at the theme park could reverse the new policy. The legislation stalled before coming to a vote two years ago.

"I feel I owe it to the people of California and to the animal welfare advocates, who number in the millions around the world, who have been at the forefront in calling for this change, to give them the assurance they need and deserve," Bloom said.

Sen. Dianne Feinstein commended SeaWorld for its decision to end its captive orca breeding program and stop using animals in its live shows, and for the partnership with the Humane Society, which she said would "focus on combating illegal fishing and improving the health of our oceans."

"Today's announcement means the generation of orcas currently in captivity in the United States will be the last. Orcas are highly intelligent and social animals and I strongly believe this is the right thing to do," she said.

Rep. Adam Schiff, D-Burbank, who authored legislation aimed at phasing out the captivity of orcas, said SeaWorld's decision to stop breeding means the current generation of captive orcas would be the parks' last. He also said a shift to focusing on rescues and advocacy "not only represents a change in their business model, but an exciting new direction for the company."

"These changes are something that advocates have been urging for years, and I think SeaWorld will find that visitors will reward their actions with a renewed interest in the parks," Schiff said.

Manby wrote in a Los Angeles Times op-ed published Thursday that the attitudes of Americans about orcas has changed dramatically since the first SeaWorld park opened in 1964, with orcas going from being feared and hunted to become "among the most popular marine mammals on the planet."

"We are proud of contributing to the evolving understanding of one of the world's largest marine mammals," he wrote. "Now we need to respond to the attitudinal change that we helped to create, which is why SeaWorld is announcing several historic changes. This year we will end all orca breeding programs and because SeaWorld hasn't collected an orca from the wild in almost four decades, this will be the last generation of orcas in SeaWorld's care."

SeaWorld also plans to replace its theatrical shows with "natural orca encounters," starting in San Diego next year, then in San Antonio and Orlando in 2019. The orcas will continue to receive the highest-quality care, SeaWorld executives said.

SeaWorld also will partner with the Humane Society of the United States to advocate against commercial whaling, seal hunts, shark finning and ocean pollution.
Company executives said SeaWorld will increase its focus on rescue operations.

"Today we turn a corner, working together to achieve solutions on a wide set of animal issues including sunsetting the use of orcas at existing facilities; maximizing SeaWorld's focus on rescue, rehabilitation and advocacy for marine mammals in the wild; and sourcing food for animals and customers from humane and sustainable sources, including cage-free eggs and crate-free pork," Humane Society President and CEO Wayne Pacelle said.