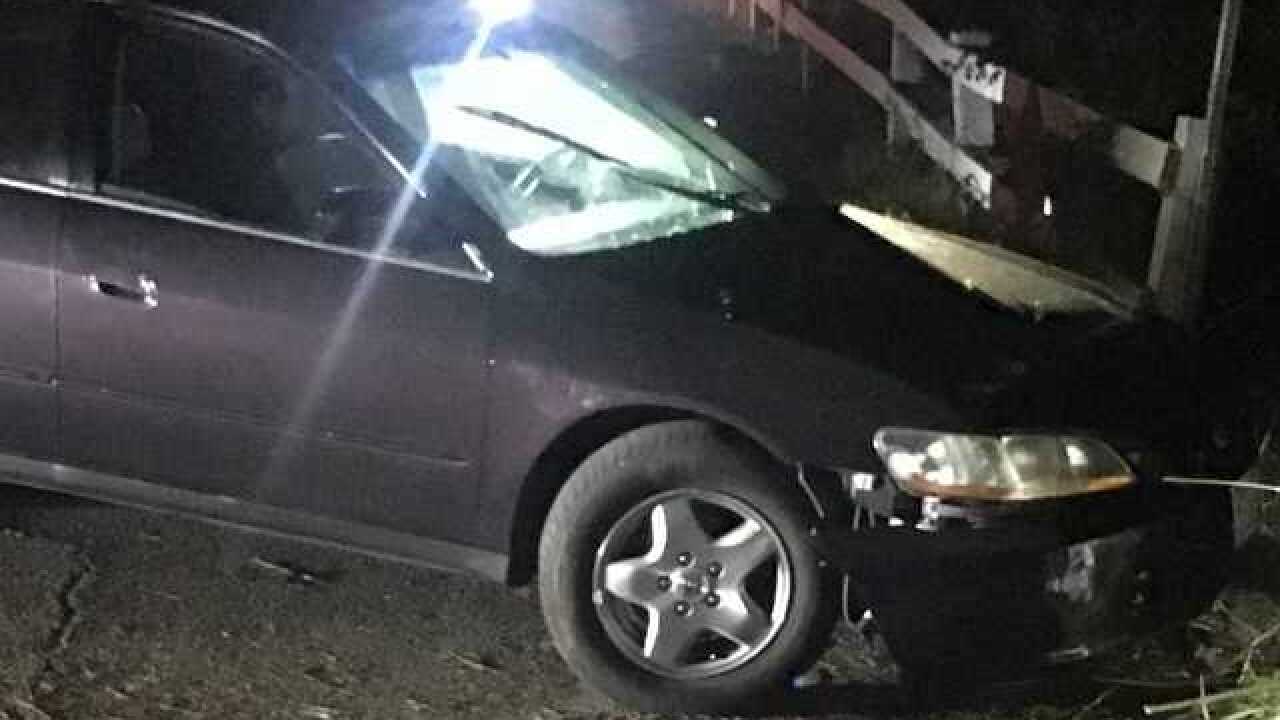 UNIVERSITY CITY (KGTV) - A man led police on a short vehicle pursuit, before crashing into a canyon and running away.

The pursuit started just before 9 p.m. Sunday night on Genesee Avenue and Governor Drive. The man was parked in a vehicle blocking a driveway to a business, according to San Diego Police. He was running up and down the street and took off in a vehicle when police arrived. Police pursued him for about 10 minutes, before he crashed into a canyon near the end of Governor Drive and Travers Way. The man immediately got out and ran into the canyon.

According to police, the driver is a Hispanic male in his late 20s, 5'8", with a shaved head, short sleeved shirt and hoodie, and gray shorts.