SDSU has two year-lease left to play at The Q 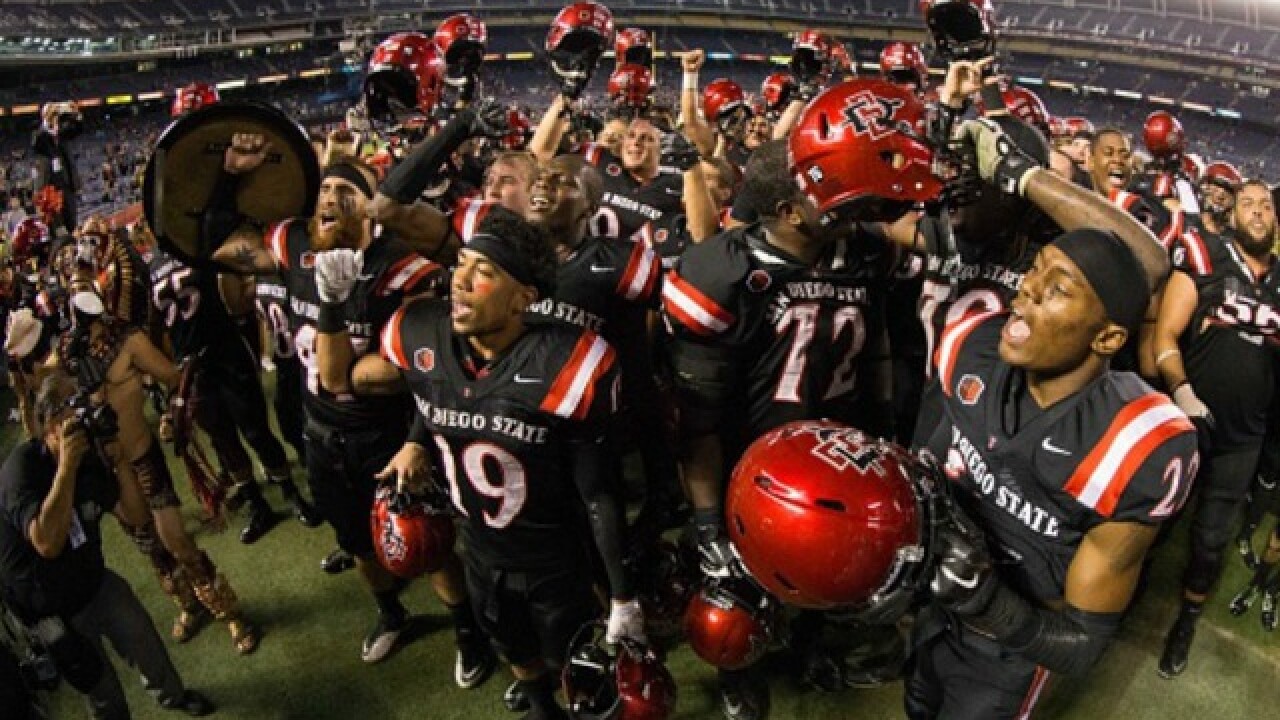 Mpu Dinani
<p>FILE -- San Diego State RBs Donnel Pumphrey and Chase Price sing the alma mater along with the rest of the team after the college football game against Hawaii at Qualcomm Stadium on Oct. 18, 2014, in San Diego, Calif. (Mpu Dinani/Getty Images)</p> 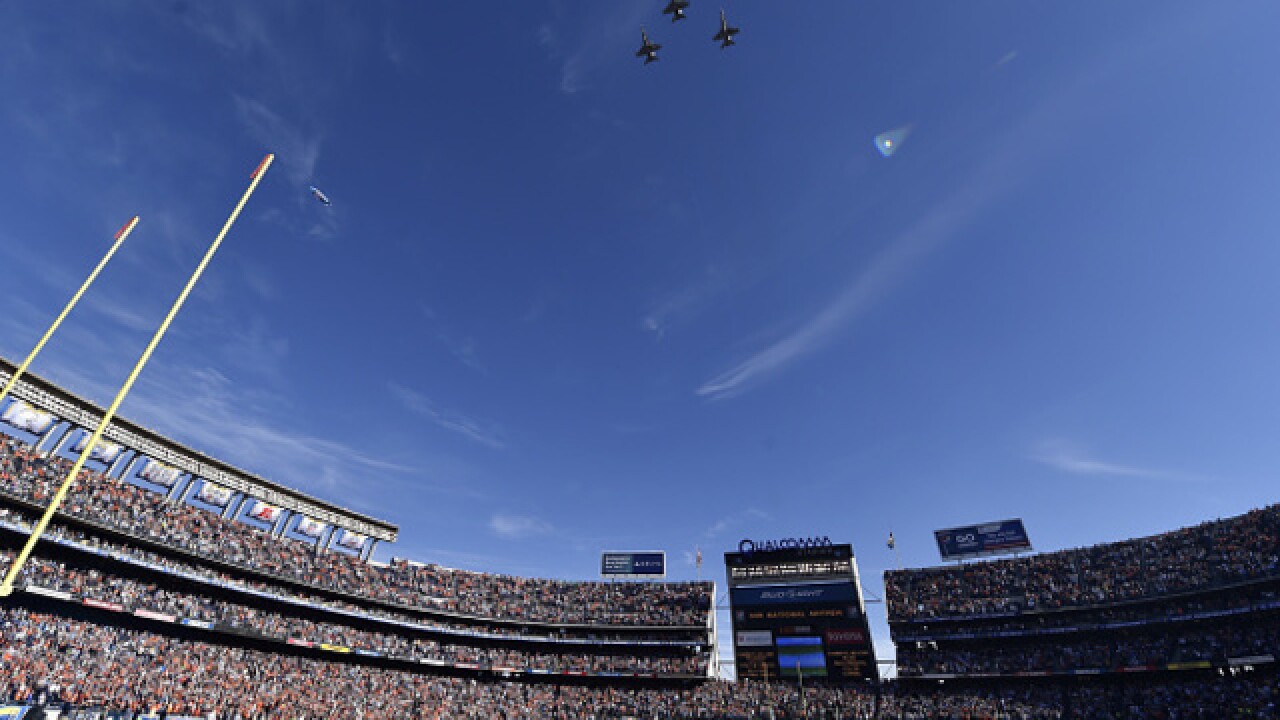 By: City News Service
Posted at 4:12 PM, Feb 15, 2017
SAN DIEGO - Amid continuing uncertainty over the future of the 166- acre Qualcomm Stadium property in Mission Valley, San Diego State University announced Wednesday that it is conversing with "multiple parties" interested in developing the site.
The land is available for some sort of future development now that the Chargers have moved to Los Angeles.
"SDSU is deeply interested in the redevelopment of the Qualcomm site, home to our Top 25 Aztecs," school spokeswoman Gina Jacobs said in an emailed statement.
"We are engaged in conversations with multiple parties interested in developing the site -- we have not made a commitment to partner with any specific party at this time," Jacobs said. "We remain committed to a transparent process that advances our academic and athletic programs and the interests of the citizens of San Diego -- we look to the mayor and the City Council to lead this process in a way that best reflects the priorities of the community."
Jacobs said she sent the statement in response to inquiries.
Related: "Papa Doug" Manchester contacts NFL about possible stadium
SDSU has long coveted the site for campus expansion, both for classrooms and housing. The site is a short trolley ride from the main campus.
As for the football team, SDSU has two years left on a lease to play at aging Qualcomm Stadium, which is costing the city millions of dollars annually in maintenance expenses. School officials said last month they were discussing a two-year extension with the city in order to buy time to build a new facility.
A group of La Jolla-based investors recently proposed building a stadium that can be used for both soccer and college football, along with a park along the San Diego River, and residential and commercial buildings. They've applied to Major League Soccer for an expansion franchise.
SDSU would kick in $100 million to pay for its share of the stadium. The school would take over ownership of the facility after five years, according to the proposal.
On Tuesday, it was learned that developer Doug Manchester contacted National Football League Commissioner Roger Goodell and told him that he had formed a group interested in building a 70,000-seat stadium.
The facility would be available for the Chargers, if they wanted to return; the Raiders, should their proposed plan to move to Las Vegas collapse; or another team, according to Manchester, a former owner of the San Diego Union- Tribune and a major financial contributor to the presidential campaign of Donald Trump.
Copyright 2017 Scripps Media, Inc. All rights reserved. This material may not be published, broadcast, rewritten, or redistributed.