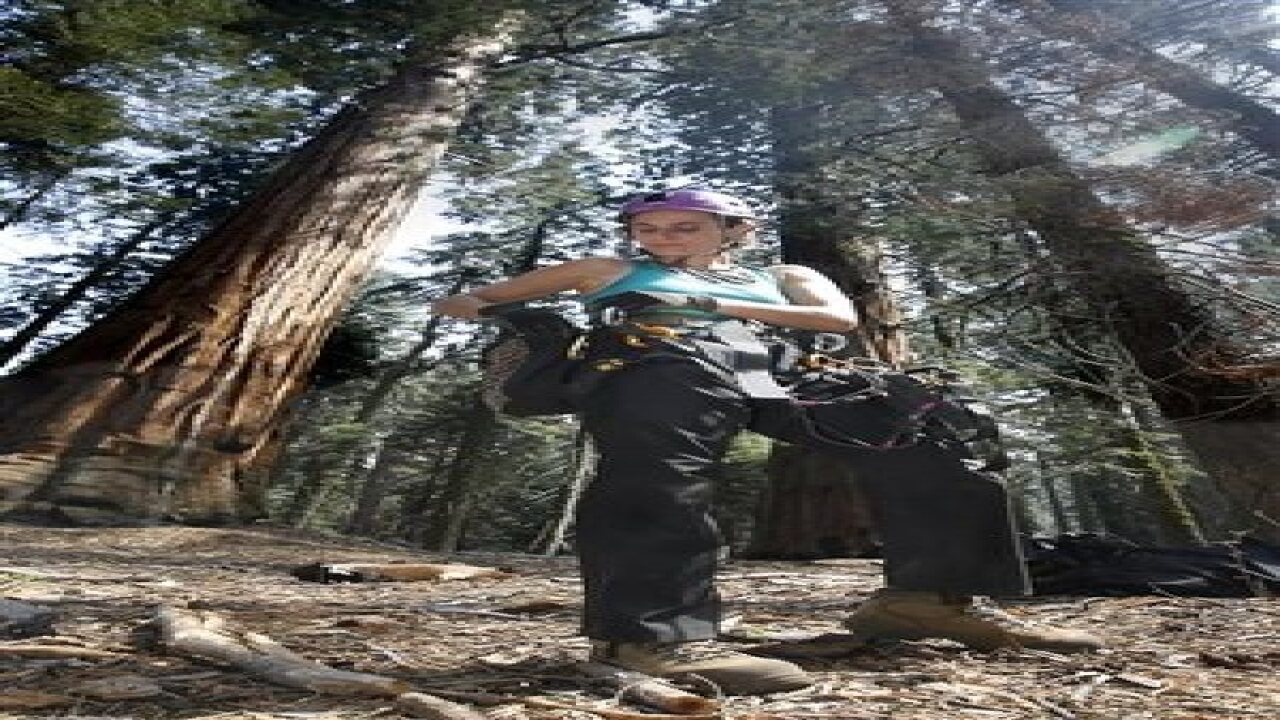 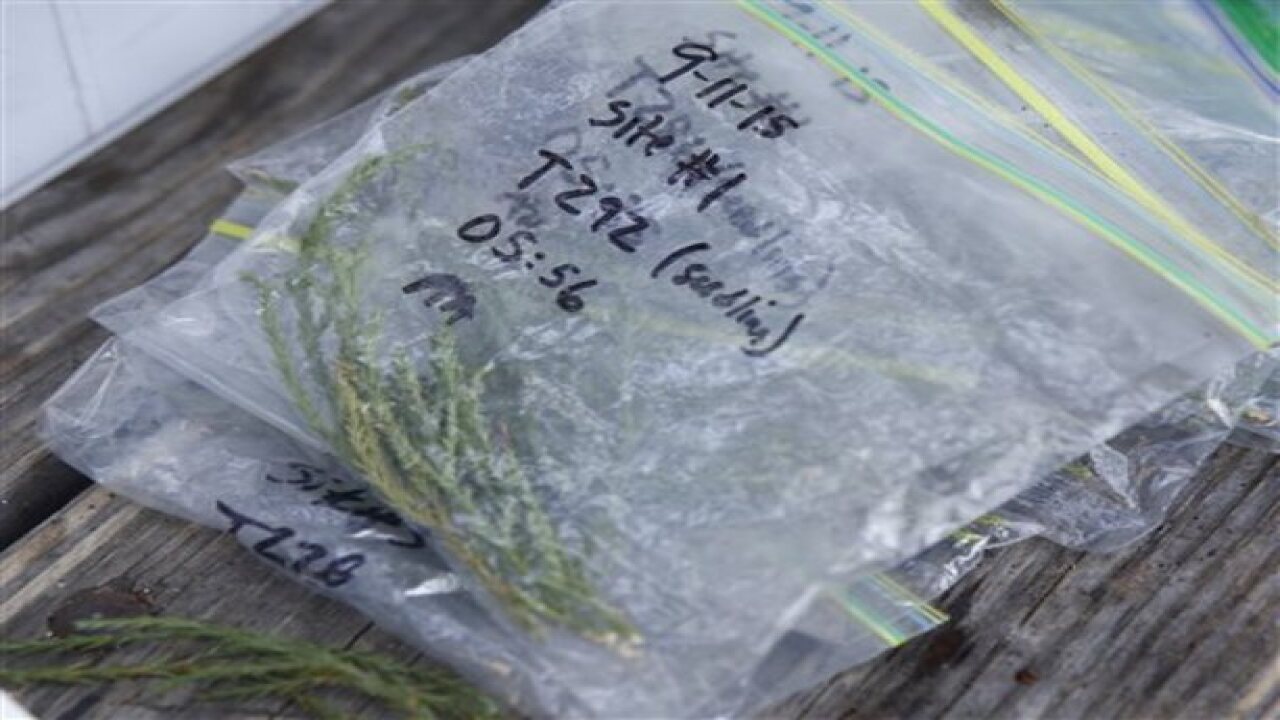 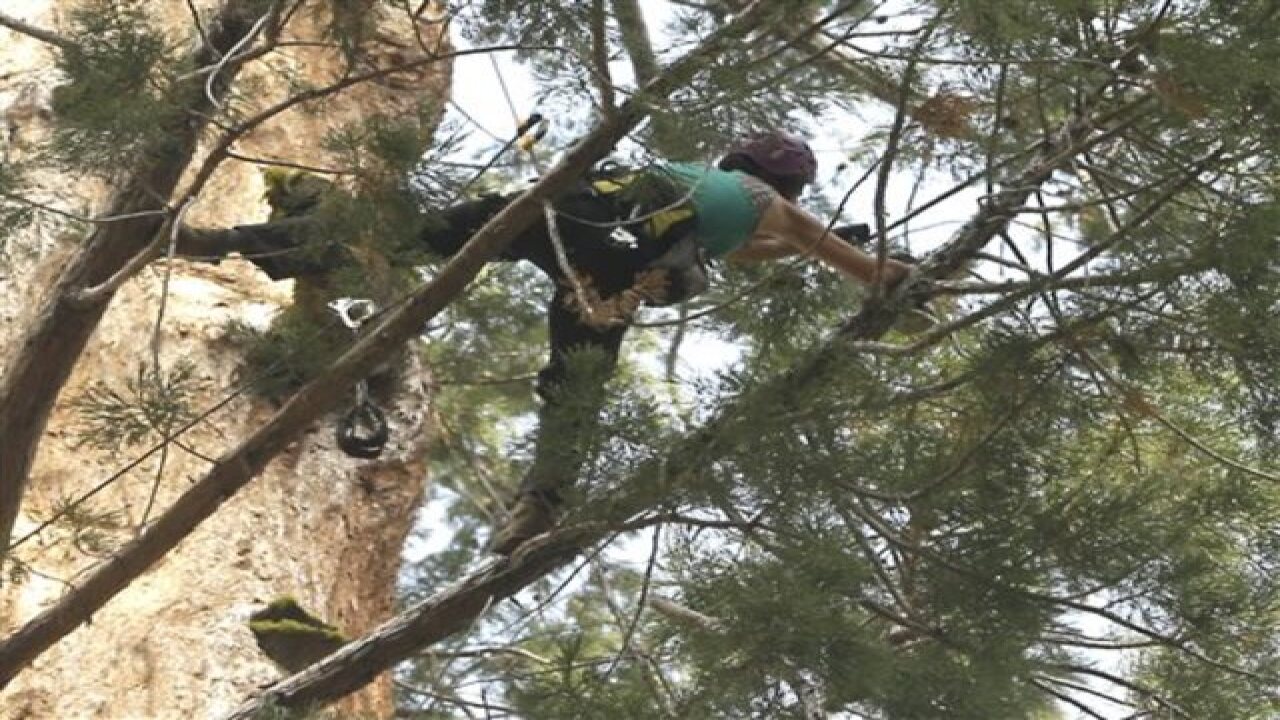 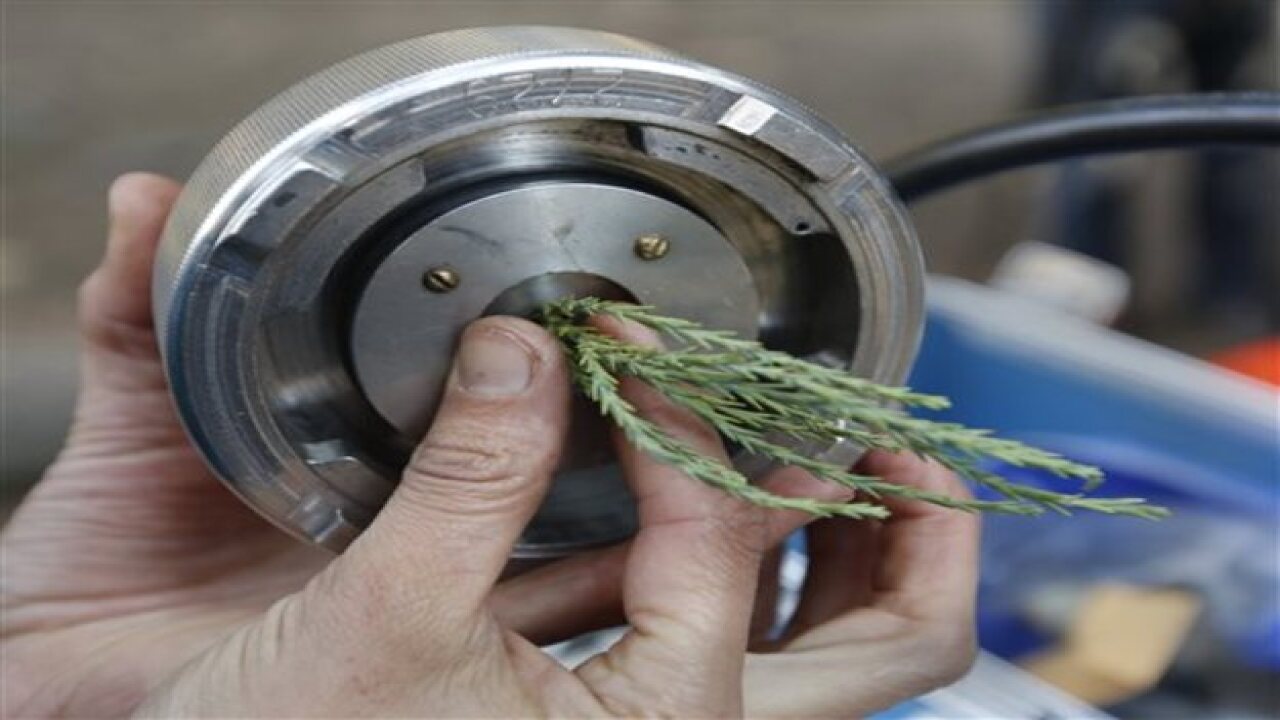 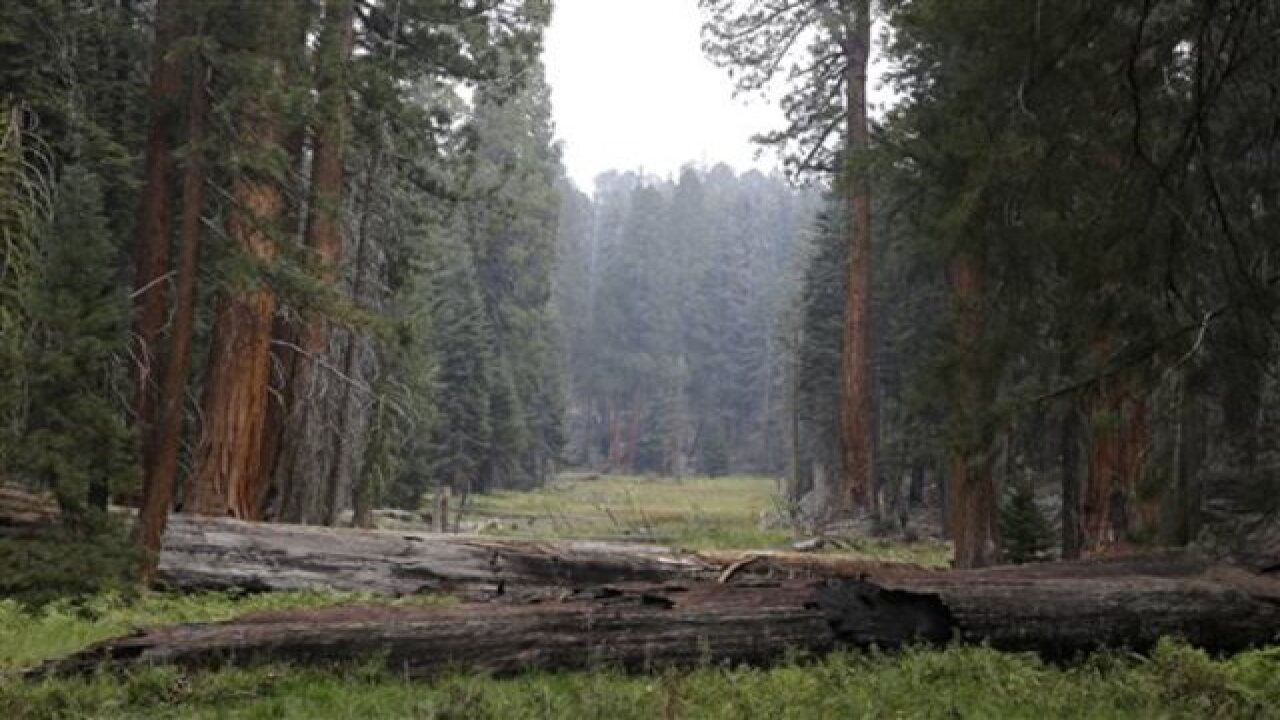 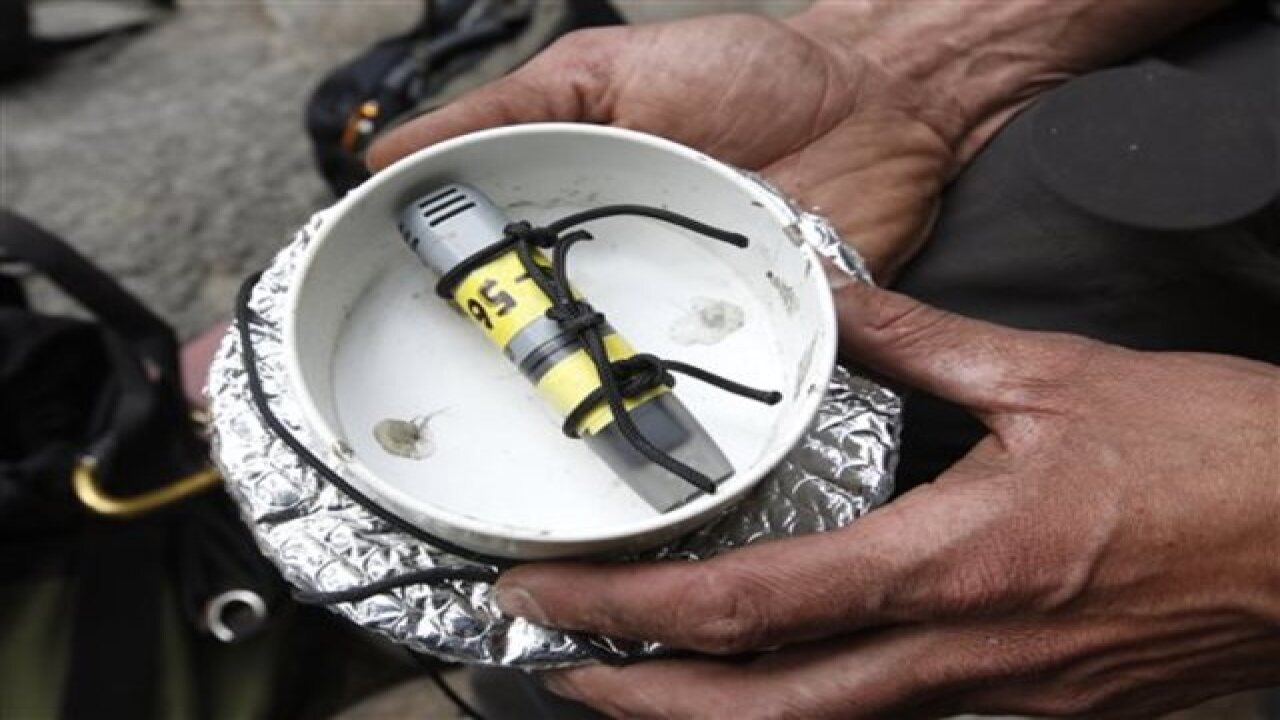 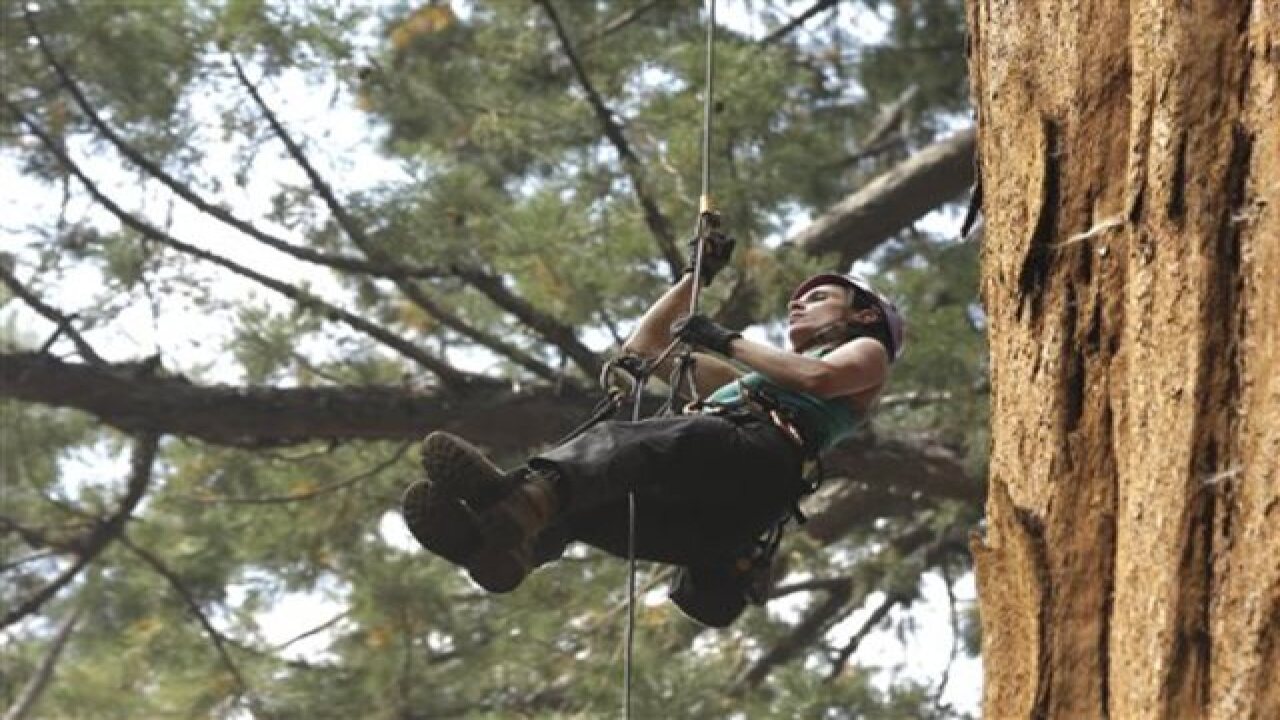 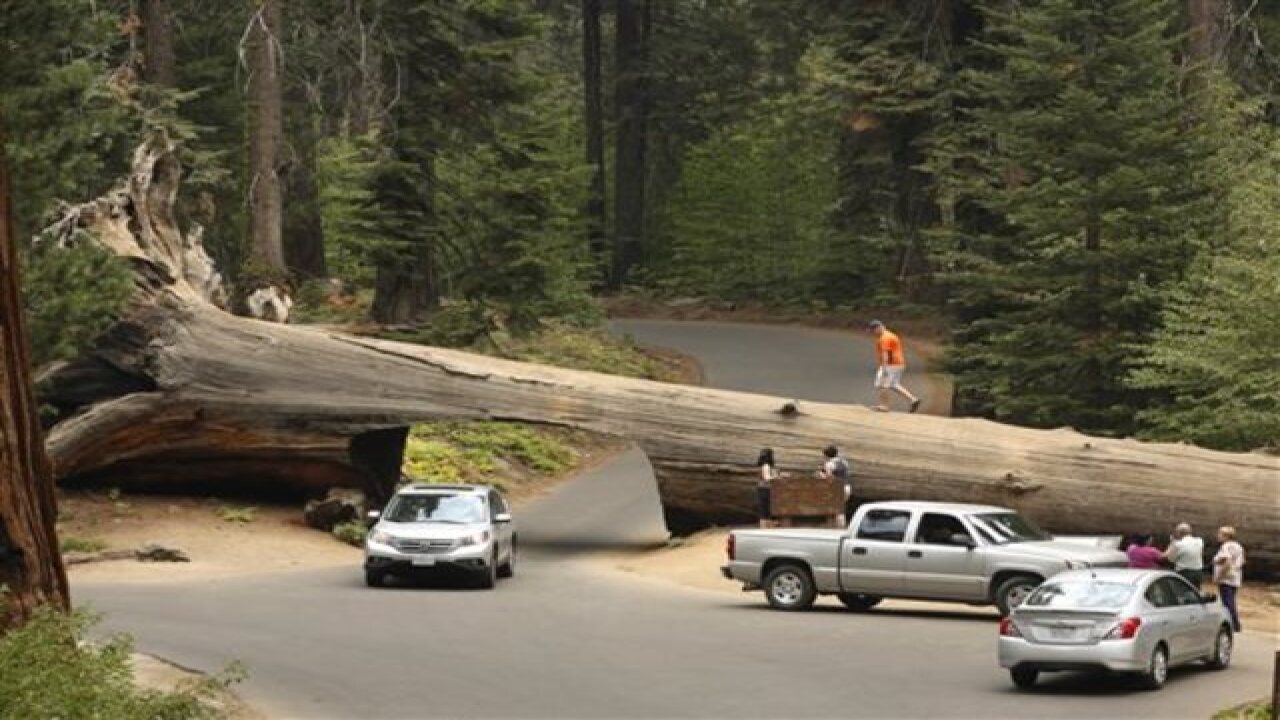 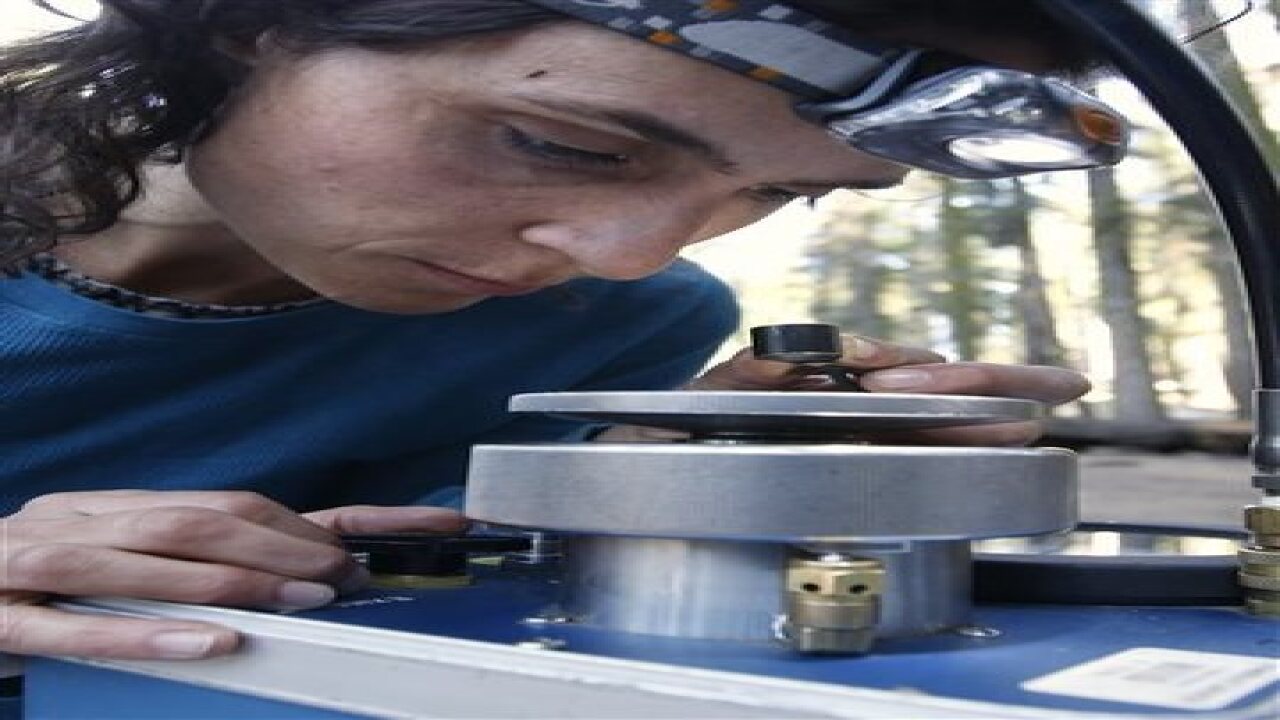 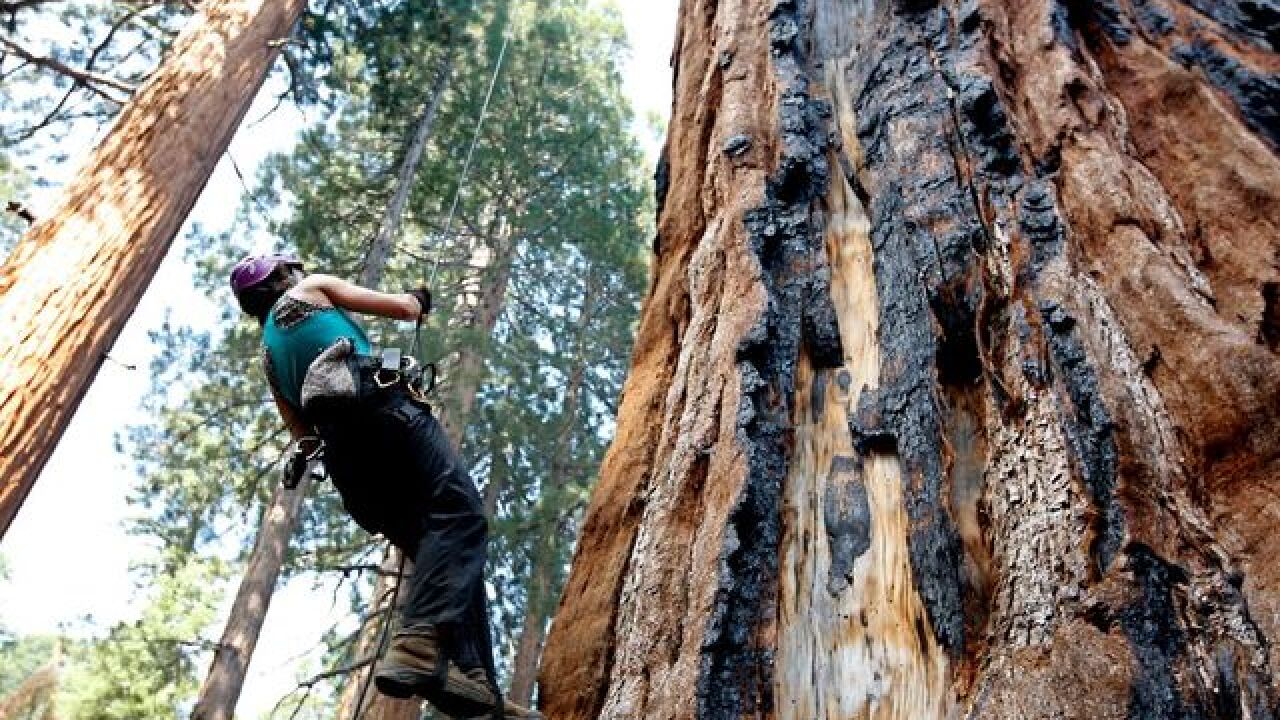 By: SCOTT SMITH, Associated Press
Posted at 2:20 PM, Sep 24, 2015
SEQUOIA NATIONAL PARK, Calif. (AP) — Giant Sequoias growing in California's Sierra Nevada are among the largest and oldest living things on earth, but scientists climbing high up into their green canopies say they are seeing symptoms of stress caused by the state's historic drought.
Patches of brown, dead foliage are appearing more than in past years, say researchers studying the iconic trees, which only grow naturally in the Sierra Nevada. By taking stock of groves that are most vulnerable, scientists say they can better manage the forest through the hotter, drier droughts expected in the future.
"They're beautiful, majestic trees," said Koren Nydick, a National Park Service ecologist and part of the research team focused on the treasured trees. "People come from all over the world to see the Giant Sequoias."
Some living more than 3,000 years, Giant Sequoias grow to nearly 300 feet tall. There are other trees that live longer and some that grow taller, but researchers say the Giant Sequoias are unique for their size and longevity.
Roughly 75 distinct groves that grow mostly in the southern Sierra Nevada were critical to founding the Sequoia National Park 120 years ago. They have endured past wildfires and droughts, but Nydick said this fourth year of drought in California is marked by a record-low snow pack and some of the hottest temperatures recorded in the park.
The data they collect will be another important piece of information helping forestry officials to identify which groves need to be thinned through prescribed burns to allow in more sunlight and give certain trees a larger share of the scarce underground water. Nydick said that a single tree can require up to 800 gallons a day.
Anthony Ambrose, a tree biologist with the University of California, Berkeley, hiked deep into the Giant Forest east of Visalia one day recently and dropped his heavy backpack stuffed with a climbing harness and 600 feet of rope. "I'll be climbing this tree," he said.
Ambrose and his team collected foliage from 50 of the Giant Sequoias for testing and retrieved gauges they installed weeks earlier from several of them to measure temperature and humidity.
Within a few minutes, Ambrose had inched his way up the tree and out of view from the ground.
"It's a really humbling experience because you feel just so small in the face of this thing that's so big and so old," said Ambrose, noting an emotional tie he feels with the Giant Sequoias. "If there's some impacts from drought or climate change on the trees, we need to understand that."
Scientists will link information they have collected from the individual trees with field surveys done by U.S. Geological Survey researchers observing thousands more trees on foot and overhead images collected from a plane operated by the Carnegie Airborne Observatory.
Combing their research, scientists say they'll be able to identify patterns of drought stress revealed in the trees. While the drought is taking its toll, Ambrose said it's not causing an abnormally high numbers of Giant Sequoias to die, like millions of other conifers throughout the state.
A massive wildfire this summer burning an hour's drive north of the study area had threatened to sweep through a grove home to the General Grant tree, one of the tallest Giant Sequoias. Firefighters built fire lines and installed sprinklers to protect it, although the resilient trees evolved to resist fire.
About one year into the study, USGS ecologist Adrian Das said researchers are now taking data collected in the field into the laboratory to answer a key question.
"Which parts of the Sequoia groves should we be more worried about?" Das said. "Potentially, it's the Sequoias telling us, 'Hey, these are the areas where we're more stressed.' "
Copyright 2015 The Associated Press. All rights reserved. This material may not be published, broadcast, rewritten or redistributed.
Associated Press 2015