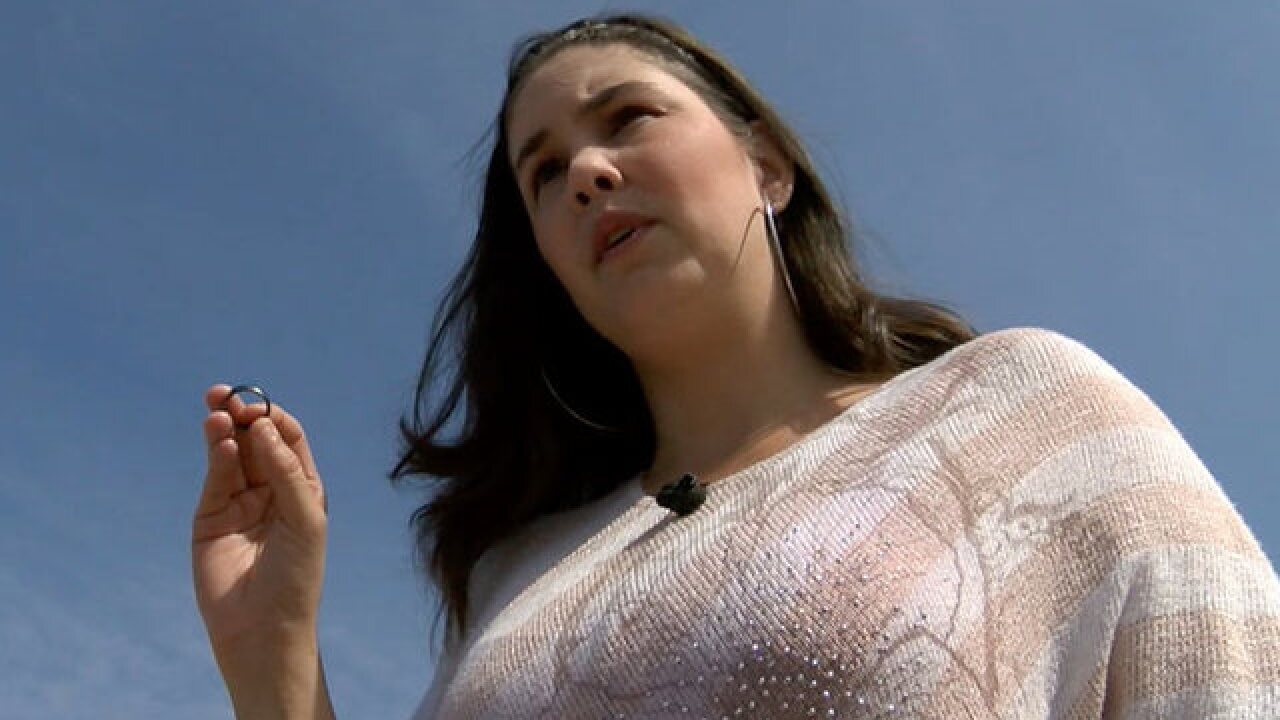 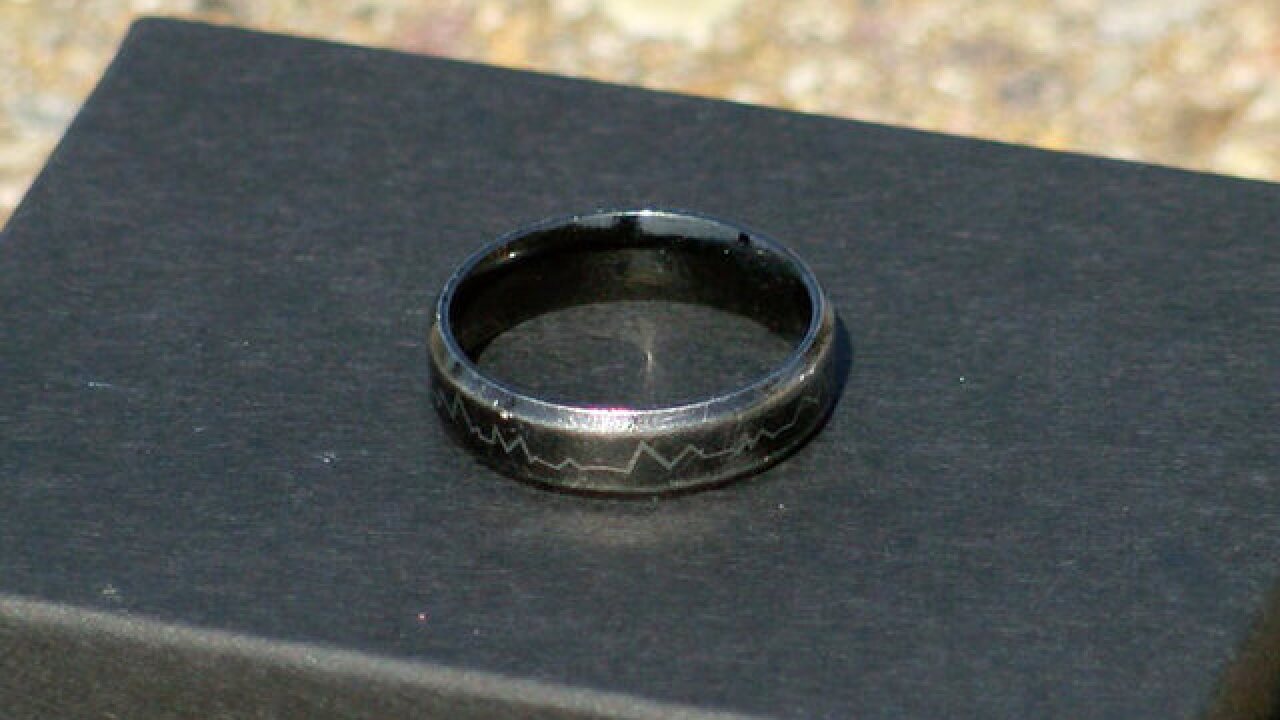 A Santee woman needs help finding the owner of a ring she found while walking home alongside Woodside Avenue.

Adrianna Hendrickson found a man's ring in the dirt this weekend, and she said, "I thought it was just a bottle cap from a soda."

The titanium ring has a few hearts and an EKG pattern on the outside.

"It looks like it belongs to a nurse," said Hendrickson. "I want to make sure that they get it back."

She put it on social media, including the East County Emergency Updates Facebook page.

"I thought it was valuable," she explained after she called several jewelry stores.

The ring is only worth about a $100, but Hendrickson said the sentimental value could be worth more.

All she wants is to find the rightful owner.

"I don't want a reward. I want them to get their sentimental value, that means a lot to their heart," she said.

She wouldn't show 10News the inside of the ring because she wants the rightful owner to describe it before she hands it over.