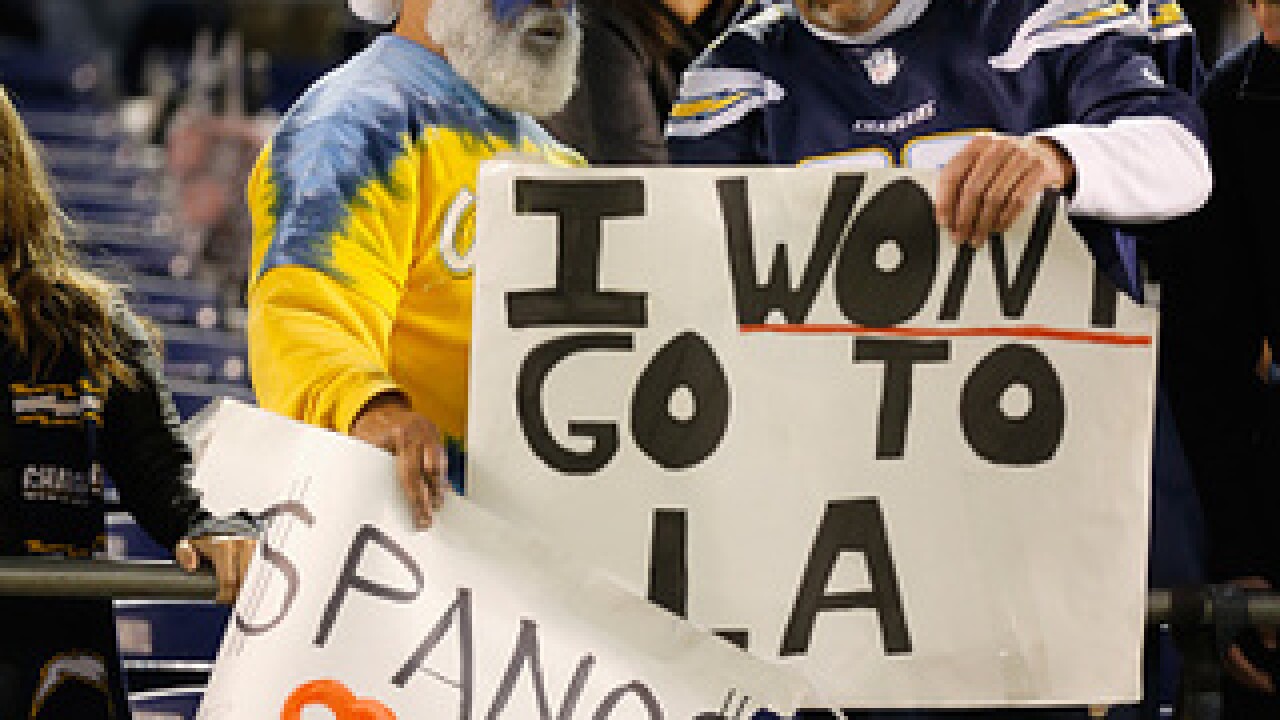 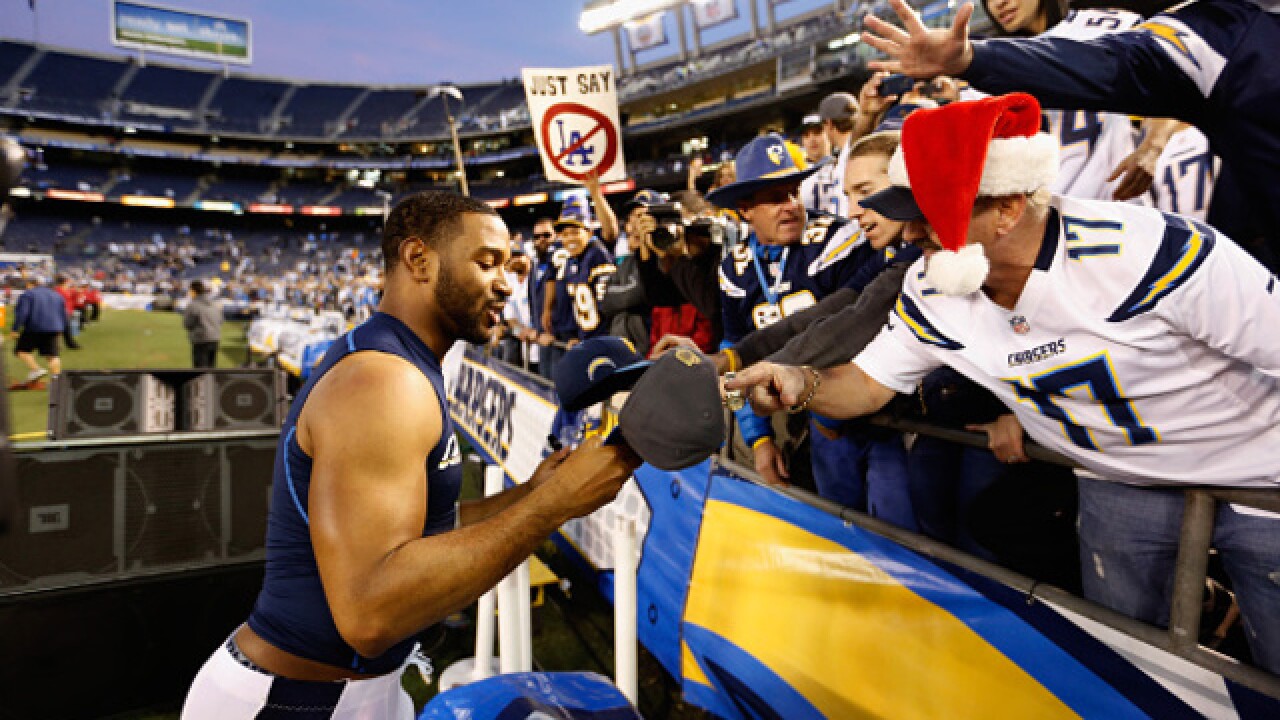 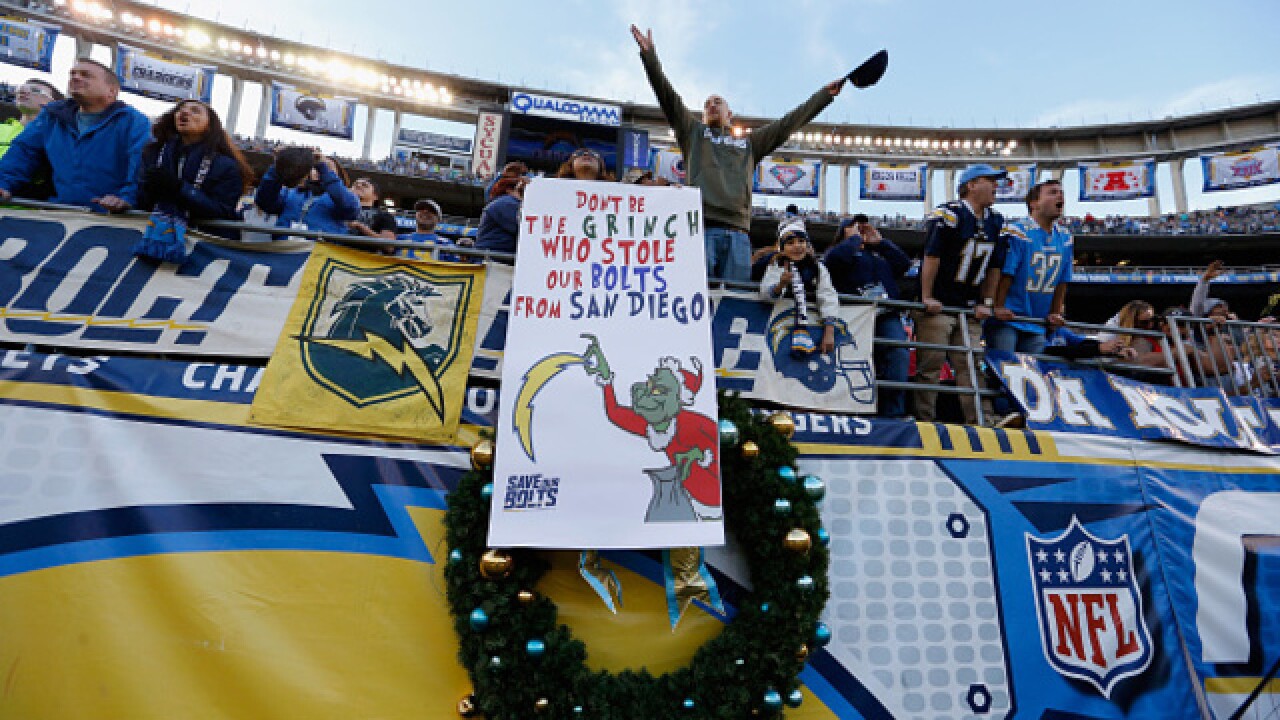 San Diego city officials Wednesday submitted to the National Football League the municipality's proposal for building a new stadium and keeping the Chargers.

The league set Wednesday as a deadline for cities in danger of losing their teams to propose plans to retain them.

"San Diego has been a great NFL city for more than 50 years and we have put together a fair and viable stadium proposal to keep the Chargers here for years to come. This report captures the passion San Diego fans have for their home team and everything we've done to show that San Diego is the only true home of the Chargers. San Diego has an excellent stadium proposal and is a fantastic market that nobody should want to leave."

The proposal is for a $1.1 billion stadium on the Qualcomm site in Mission Valley, with the public bearing one-third of the cost. The plan calls for the team to chip in $363 million and the NFL $200 million. Another $187 million would be raised by selling personal seat licenses.

While the financing package does not envision tax increases, both government officials and the Chargers have called for a public vote to ratify their plans, should the two sides reach agreement for the team to stay in San Diego.

Recently, the NFL has termed such a vote an "uncertainty" that dims the city's prospects for keeping the team after 55 years.

In a six-page letter to a committee of team owners handling the NFL's return to Los Angeles after a 20-year-plus absence, the mayor and county Supervisor Ron Roberts said they need the Chargers to re-engage in negotiations over a term sheet for building a new stadium.

"Yet they steadfastly refuse to work in good faith with this mayoral administration, City Council and county Board of Supervisors," Faulconer and Roberts wrote. "In fact, the more San Diego has done, the less engaged the Chargers have become."

They emphasized that San Diego was a market distinct from its larger neighbor to the north, and was enjoying a strengthening economy.

The mayor and supervisor also said the Chargers have less competition from professional sports franchises in San Diego than they would in Los Angeles.

"The proposal does not contain anything new, and so the team has nothing new to add to what has already been said about the proposal," Fabiani said.

The 41-page presentation includes the letter, details on the viability of San Diego as a market, progress made in developing a stadium, Mission Valley's strong points as a location, a financing plan and reasons why a vote is necessary.

The report includes survey results showing that San Diegans would support a stadium project by 51 percent to 41 percent, with the "no" vote decreasing to 13 percent when respondents were told it wouldn't include new taxes.

Officials in St. Louis on Monday transmitted a detailed proposal for a new stadium to the NFL in a bid to keep the Rams. The San Francisco Chronicle reported that Oakland will not submit a plan for keeping the Raiders.

The Chargers, Raiders and Rams can apply to move to the potentially lucrative Los Angeles market on Monday, according to the NFL.

League owners will then meet Jan. 12-13 in Houston to go over the various proposals, and could begin to make decisions on which team, or teams, go and which ones stay.

The Chargers have sought a replacement for aging Qualcomm Stadium -- a quest stymied by the city's once-poor financial condition, the recession, and a dearth of suitable locations.

In February, the Chargers announced that they acquired land in Carson in southern Los Angeles County to build a stadium in conjunction with the Raiders, if things haven't worked out in their home cities.