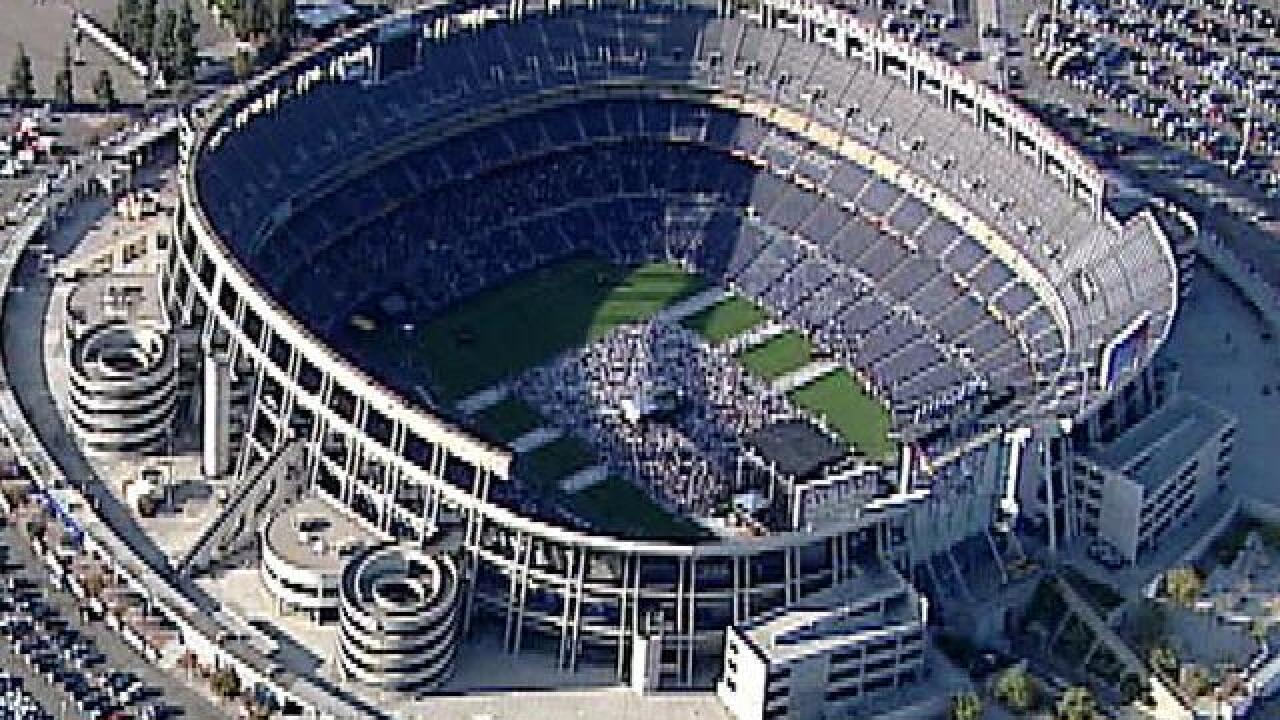 SAN DIEGO (KGTV) - Backers of the two competing plans to replace the stadium site in Mission Valley are making their final pitches to voters in a campaign in which each side has spent millions of dollars.

"We've learned a lot about the politics of San Diego," said Nick Stone, Project Manager for Soccer City, which is Measure E on the ballot.

Stone and his team of developers want the centerpiece of the land to be a new stadium for a Major League Soccer team. Measure E also includes promises for new housing, retail, an entertainment complex, and San Diego River park.

"That's what people care about," Stone told 10News in an interview the day before the election. "They want to know they're getting fair value, that something's going to happen, and that we're going to live up to the commitments we're making. And we are."

Should Measure G win, the city would sell the land to the CSU system with plans for a new west campus for San Diego State University. The centerpiece to this plan is also a stadium, in this case, for the Aztecs football team. SDSU West also includes housing, retail, and a river park, along with new research and classroom space and a science center.

"San Diegans want their kids and their grandkids to be able to have a great education at San Diego State University. And they know that SDSU needs to expand in order for that to happen," said Yes on G spokesperson Laura Fink.

Fink points to Measure G's unique coalition of supporters. "It is very rare that you see the League of Women Voters, the Sierra Club, and the conservative Lincoln Club on the same side as the Democratic Party and elected officials on both sides of the aisle."

Either measure needs to top 50% of the vote to pass. If both clear 50%, the measure with the most votes will win. If neither measure gets more than 50%, neither will be enacted.