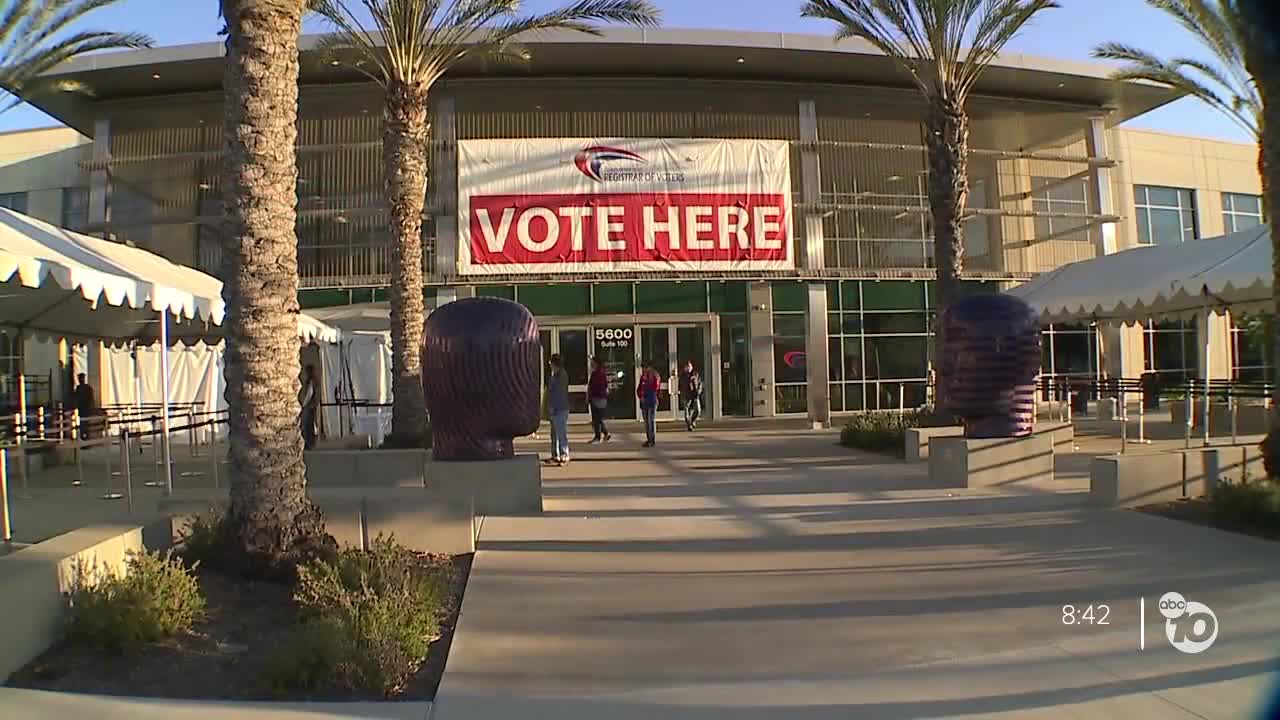 An exclusive ABC 10News/San Diego Union-Tribune poll shows many City of San Diego voters are still undecided on some important races this November.

The poll was conducted by SurveyUSA from Aug. 28-31, five weeks before mail-in voting begins.

According to the poll, one of the closest races is for San Diego mayor, as both Democratic candidates -- City Councilwoman Barbara Bry and Assemblyman Todd Gloria -- are within a few percentage points of each other.

The poll shows Bry ahead of Gloria 37 percent to 34 percent, with 29 percent undecided.

Political analyst Kyra Greene told ABC 10News, “At this point in an election cycle, you would fully expect there would be more differentiation between the two candidates, but I think it’s a tough year because campaigns aren’t able to get out, talk to voters, so there are just a lot more people who are undecided.”

Gloria’s campaign representatives said of the poll: “Our campaign has completed two polls recently and both show Todd with a double-digit lead. We are confident in their accuracy and will continue to run a campaign that focuses on finding solutions to the big issues facing San Diego."

Bry’s campaign responded: “These results illustrate the dramatic shift in momentum since the March primary, when Assemblyman Gloria received 41 percent of the vote compared to Councilmember Bry's 23 percent.”

In the race for San Diego City Attorney, the latest poll shows at least half of San Diego voters are undecided, but incumbent Mara Elliott leads challenger Cory Briggs by 10 percent.

Several key ballot measures are set to be decided on Nov. 3, including Measure E and Measure B.

The latest poll numbers are close -- 31 percent in favor of the measure -- but Greene said past voter trends could be an indicator.

“The most common thing if people are not sure is they vote against the measure, which makes sense. They assume why change something if I’m not entirely sure what it’s about?” Greene said.

Measure B would create an independent citizen’s review board to review actions taken by police.

According to the poll, voters are showing clear support for the ballot measure, with 55 percent in favor.

Greene said, “In part, it’s because it appeals to people across the spectrum of opinions about police accountability.”

Ultimately, Greene said she believes results might not be completely clear on Election Day.

“Given that people will be mailing in their ballot, we will have even more uncertainty on election night about which races and more questions about how soon they will be decided,” Greene said.