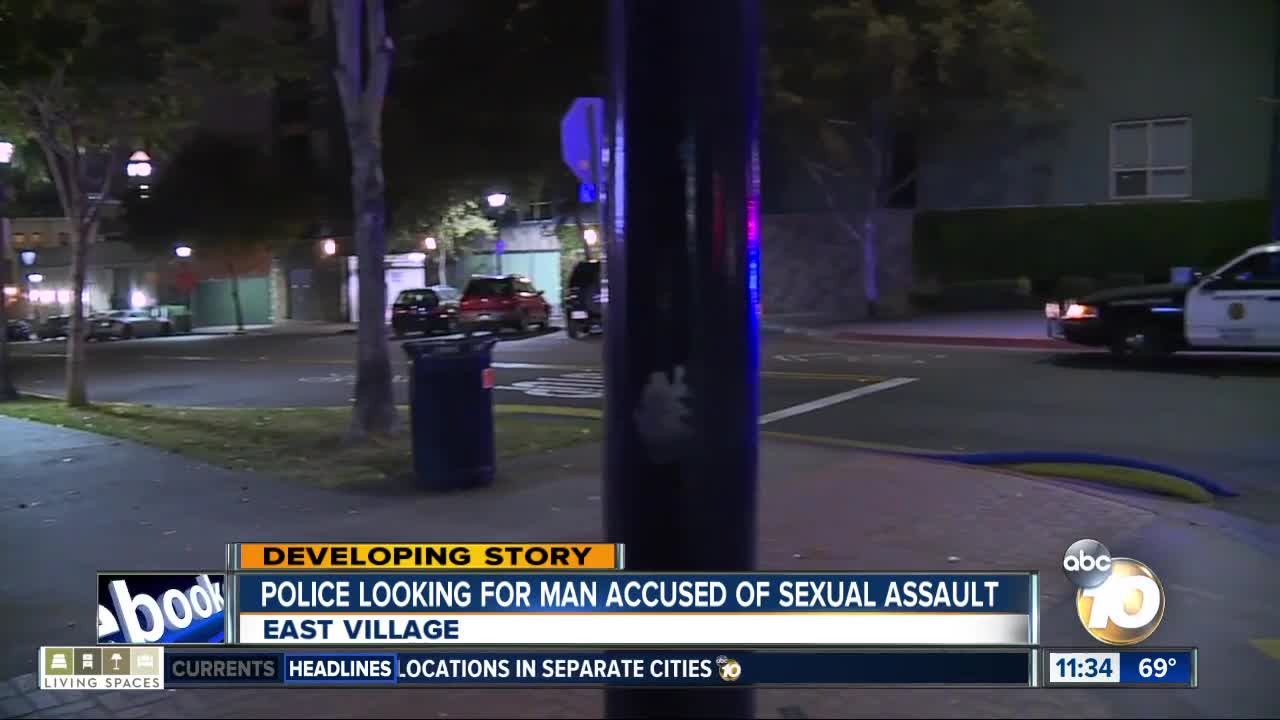 SAN DIEGO (KGTV) - Police are searching for a man suspected of sexually assaulting a woman as she walked to her car in the East Village early Tuesday morning.

San Diego police said they received a report of an attack in the 1200 block of Island Avenue just after 12 a.m.

According to police, the 26-year-old woman left the Amplified Kitchen and Beer Garden and was on her way to her car when she was pulled into some bushes by a man believed to be a transient. She was able to break free from the man and ran back to the bar to ask for help.

Responding officers searched the area but could not locate the suspected attacker. Witnesses last saw the man heading west on Island Ave. at 12th.

The man was described as black, between 40 and 50 years old, 5 feet 5 inches tall with a thin build, and bald. He was wearing a white shirt at the time of the incident and had a strong body odor, police said.

Police told 10News the case is being investigated by the department’s Sex Crimes detectives.