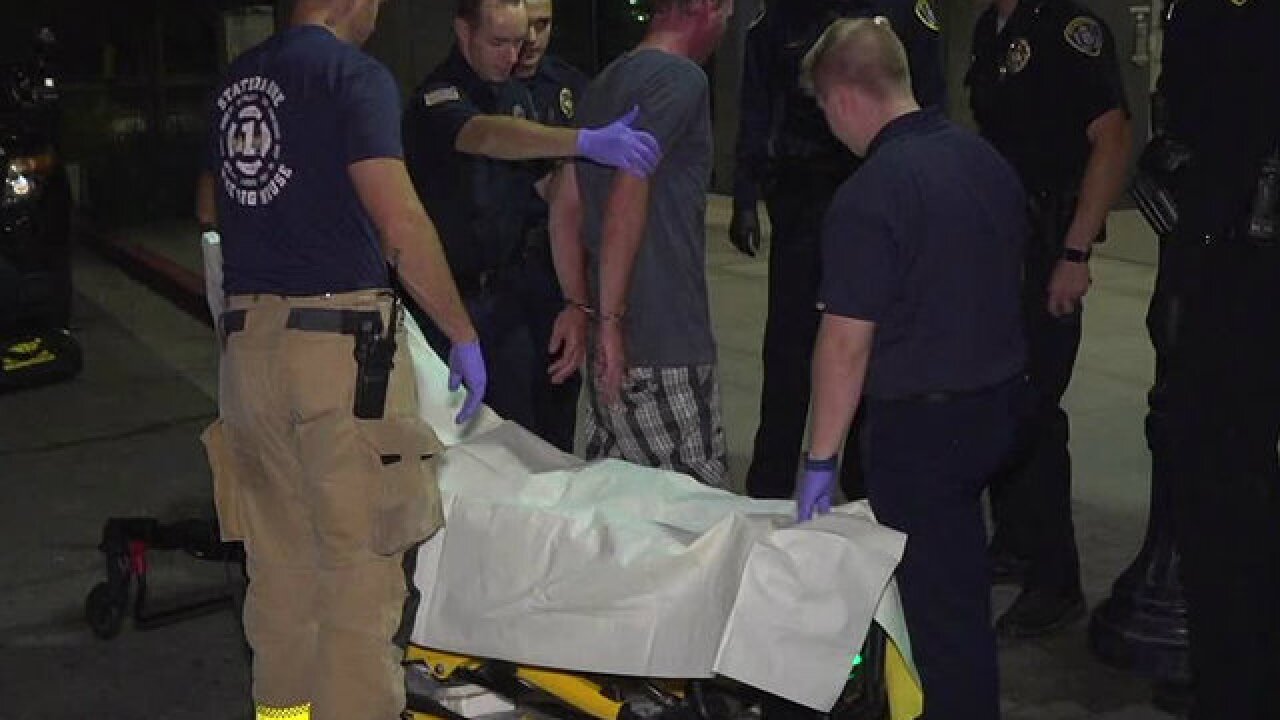 SAN DIEGO (KGTV) - A San Diego police officer needed medical treatment Wednesday morning after he was allegedly hit in the face by a man later taken into custody on assault charges.

At around 1:30 a.m., two officers were called to the 1200 block of E Street in the East Village to check on a man who was passed out on the hallway floor in an apartment building.

When one officer tried to wake the man up, he awoke and began swinging and kicking the officers.

The officers used pepper spray and then a stun gun to subdue him before taking him to the hospital. He was arrested on suspicion of assaulting a peace officer and other charges.

Police said one of the officers suffered an injury to his nose that was not considered serious, but he was also taken to the hospital.