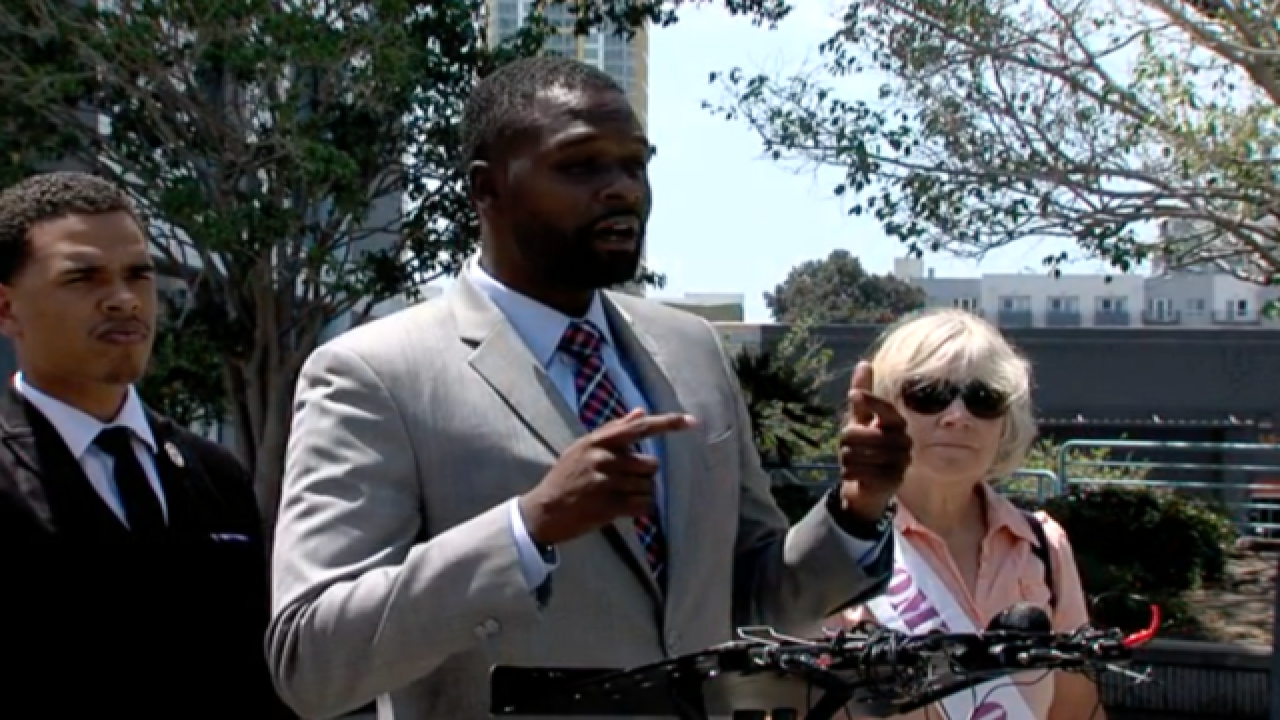 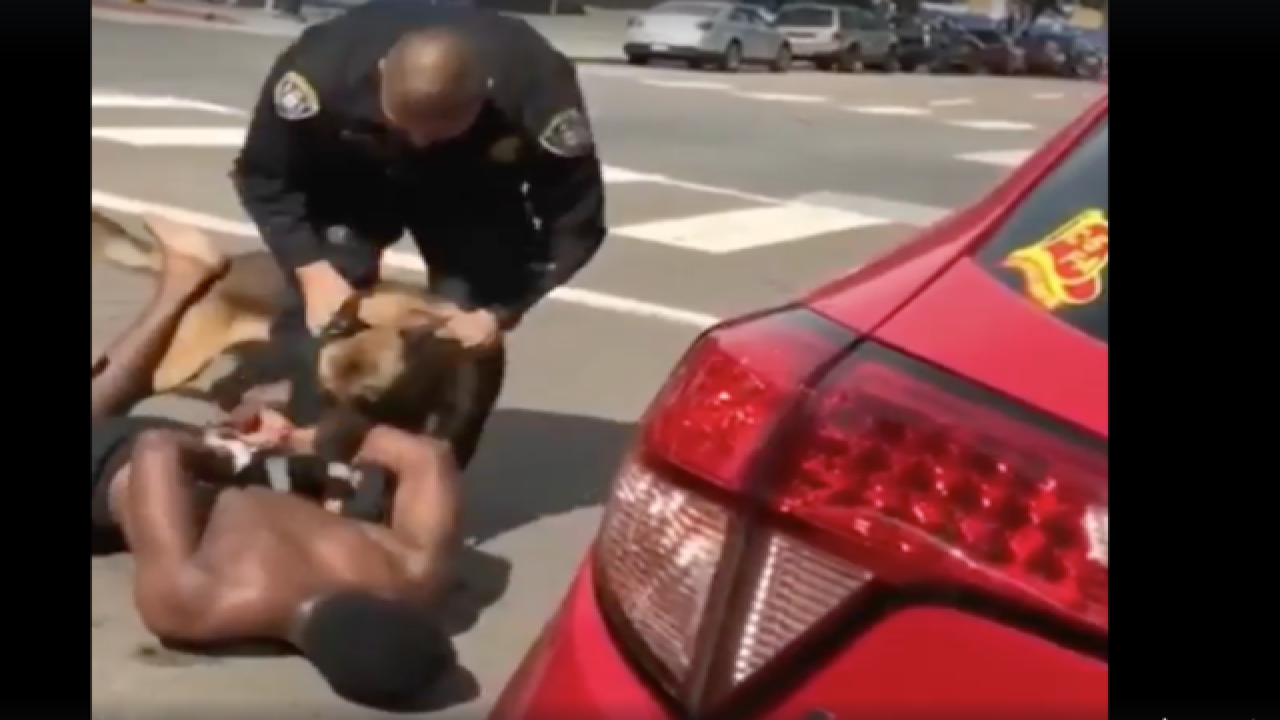 SAN DIEGO (KGTV)--A lawyer for a man whose arrest drew national attention when a viral video emerged of a San Diego Police Department K9 biting him while handcuffed in downtown San Diego earlier this month said Tuesday he plans to take legal action.

At a press conference held in front of police headquarters, attorney Dante Pride announced that he would represent Korand Cheatum, 26, the suspect accused of attacking a cab driver, attempting to steal a motorcycle and threatening a police officer, in both his criminal and civil cases.

"I talked to Mr. Cheatum," Pride said. "He's in good spirits. He's healing as effectively as we can imagine or hope for."

10News reporter Jennifer Delacruz said the United Against Police Terror Group posted the original video to their Facebook page, saying the officer "allowed the dog to maul the man," with his hands in handcuffs.

In the video, Cheatum is seen handcuffed on the ground while the K9 holds a strong grip on his arm and doesn't let go, Delacruz reported. The dog shakes his head back and forth while Cheatum screams in agony. Witnesses can be heard yelling at the police officers.

Pride declined to speak about the civil case or express an opinion on whether or not the dog who bit Cheatum was trained properly.

"Right now is the time we focus on getting [Cheatum] home safely," Pride said.

But Shane Harris, the president of the National Action Network, called the incident an example of excessive police force and demanded the removal of the police dog who bit Cheatum from service and that there be an investigation into how police dogs are trained.

After viewing the concerning footage of SDPD's canine deployment during an incident this month, I've requested this be docketed at PS&LN Com pic.twitter.com/94k28jgT7d

Harris also called for the release of the officers' body-worn camera footage from the July 9th arrest.