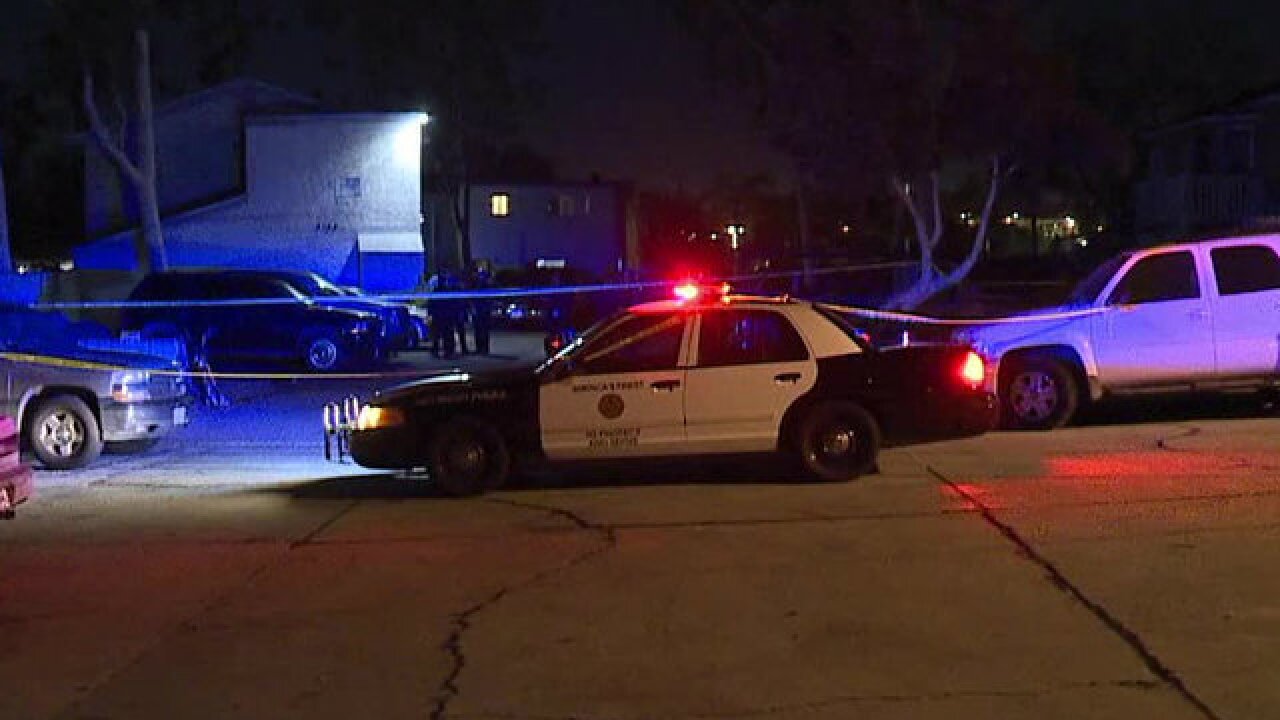 SAN DIEGO (KGTV) - A 15-year-old boy was taken to the hospital after he was stabbed in the chest and robbed of his cell phone in Southcrest, police said.

San Diego police said officers were called to the 4100 block of Newton Avenue at around 10:15 p.m. in response to a stabbing near an apartment complex.

According to police, the victim was with some friends in a parked car when a group of four people approached them and demanded they all get out.

When the 15-year-old got out of the car, one suspect stabbed him in the side of his chest and grabbed his phone.

The group told the other vehicle occupants to get out, but they refused. The group then smashed the car’s windshield and left the scene, police said.

Police said the boy was rushed to a nearby hospital, but it was determined that his injuries were not life-threatening.

Descriptions of the suspects were not immediately available.