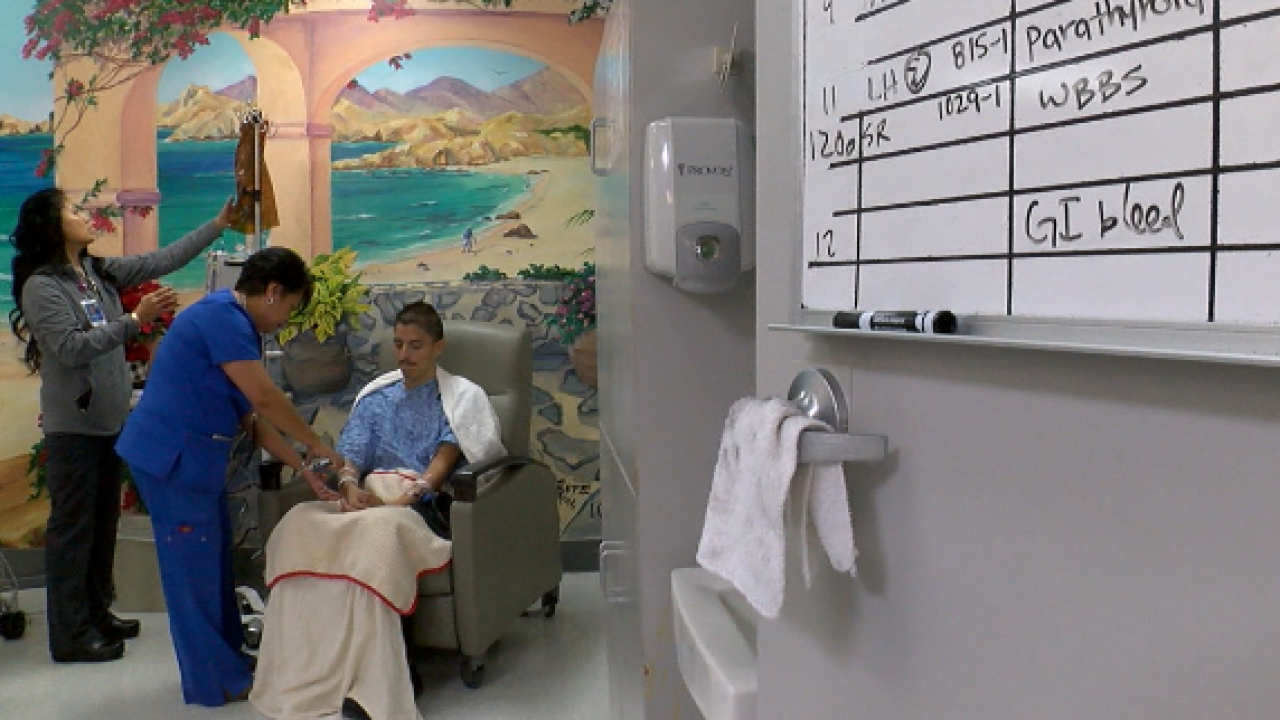 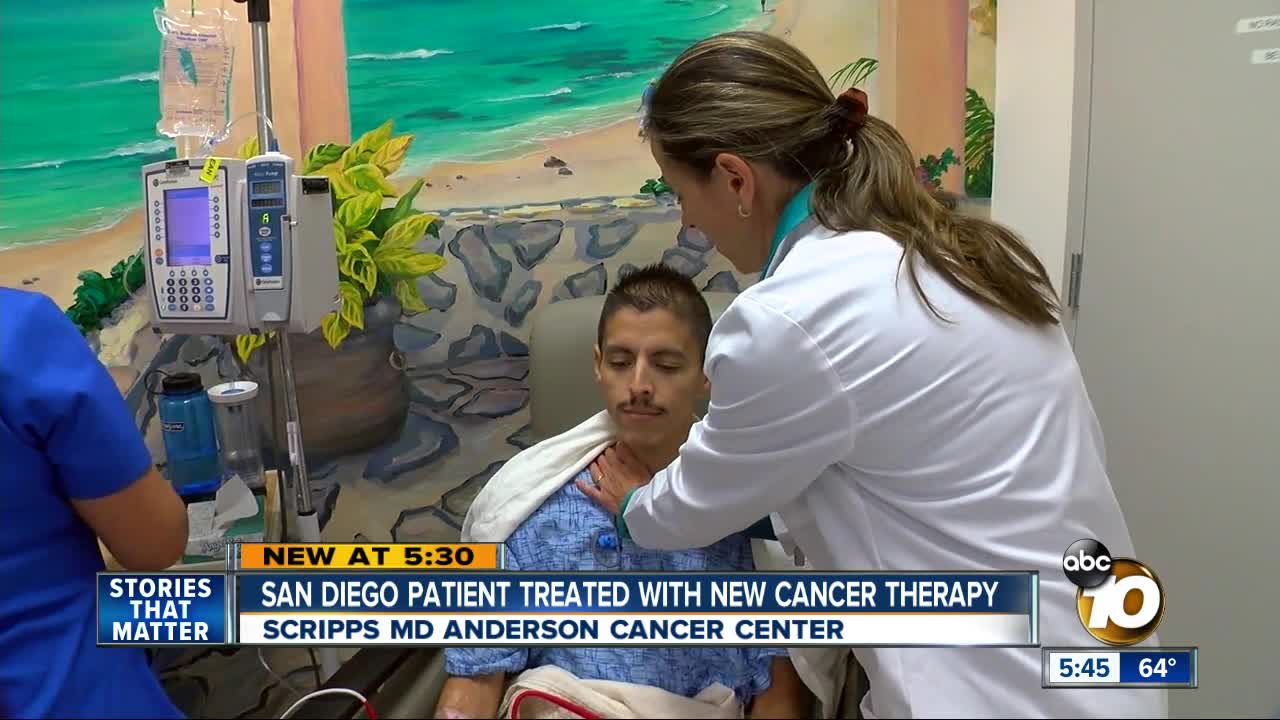 This week 31-year-old William Apodaca became the first patient in San Diego County to receive the unique form of targeted cancer therapy. Apodaca was diagnosed with a rare form of cancer three years ago when doctors found neuroendocrine tumors in his pancreas.

Neuroendocrine tumors are formed in hormone-making cells. They can grow in spots like your pancreas, stomach, and intestines.

“It's a rare tumor that patients can live decades with and the hope is to improve quality of life by minimizing their need for more toxic chronic therapies,” said Dr. Marin Xavier, a Medical Oncologist at Scripps MD Anderson Cancer Center.

“It was just devastating,” remembers Apodaca, who is also a nurse.

After chemotherapy and other cancer-fighting therapies, Apodaca was finally able to try the new treatment, Lutathera, after it was FDA-approved earlier this year. Lutathera uses radioactively charged proteins to seek and attack cancer cells from the inside out. It is administered in four doses, which are given approximately every other month until they are finished.

Apodaca had been traveling to Los Angeles for the treatments but was able to complete his final one in San Diego. He now has more energy and looks forward to going back to work, traveling, and getting married.

“This medication is pretty much giving me a second chance at life,” said Apodaca. “Picking up the pieces of where my life was.”

The drug works for two to five years, depending on how aggressive the tumors are. Patients who respond well can get retreated.

Fifteen local patients have already signed up to get the new treatment and more are expected to come from other cities. It is covered by Medicare and other private insurers.