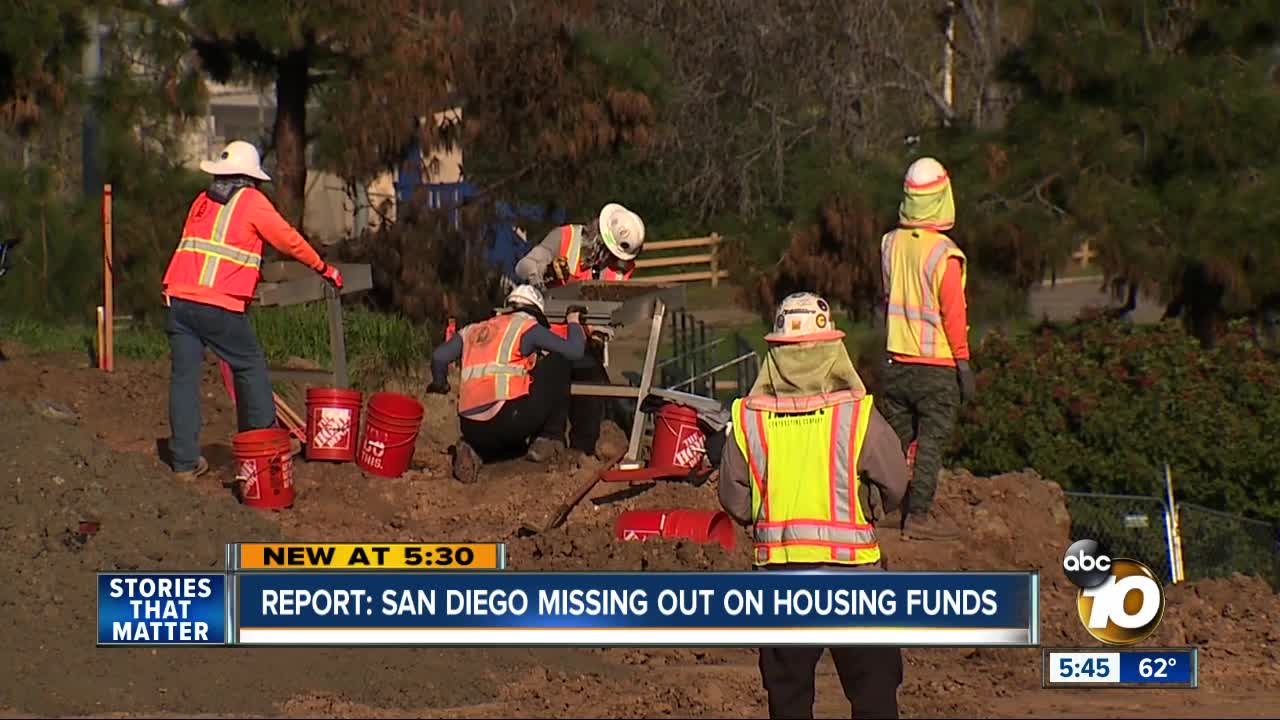 While some cities have cashed in on state funding for affordable housing, a new report says funding for projects in San Diego has lagged behind the region’s population. 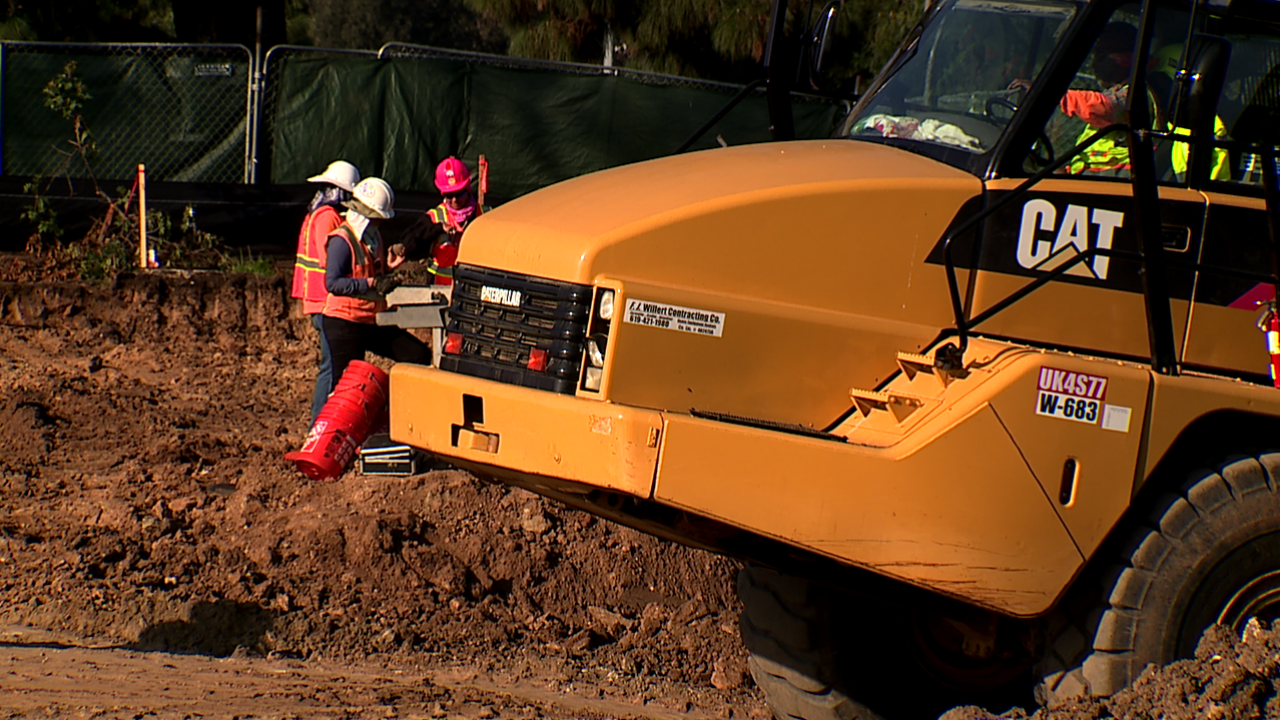 SAN DIEGO (KGTV) -- While some cities have cashed in on state funding for affordable housing, a new report says funding for projects in San Diego has lagged behind the region’s population.

The report by the non-profit Circulate San Diego says the San Diego region secured $20 million for projects in the last round of funding from the state’s Affordable Housing and Sustainable Communities (AHSC) program, about $14 million less than if funding were awarded proportional to population.

The report notes that San Jose, with roughly 300,000 fewer residents, got $31.5 million in funding last round.

The AHSC program has handed out more than $1 billion in funding over four rounds. Of that, San Diego developers have received $78 million, or 7.3 percent of the total funding, according to the report. The San Diego region represents about 8.5 percent of California’s population.

AHSC is part of the state’s cap-and-trade program to address climate change. Each application must have a green transportation component.

The report says local government agencies in other regions, like Los Angeles and the Bay Area, have done a better job in the pitch process.

The report makes several recommendations to local governments, including establishing a pipeline of transportation projects and a new website to simplify the application process.