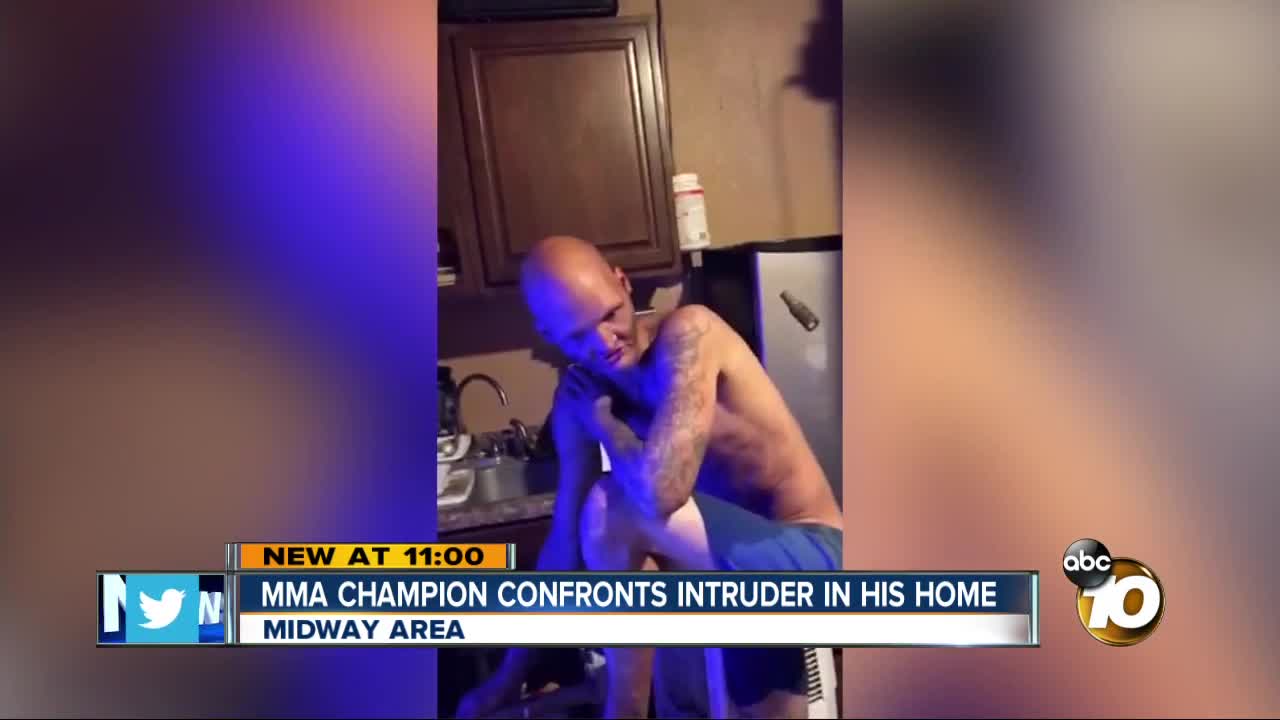 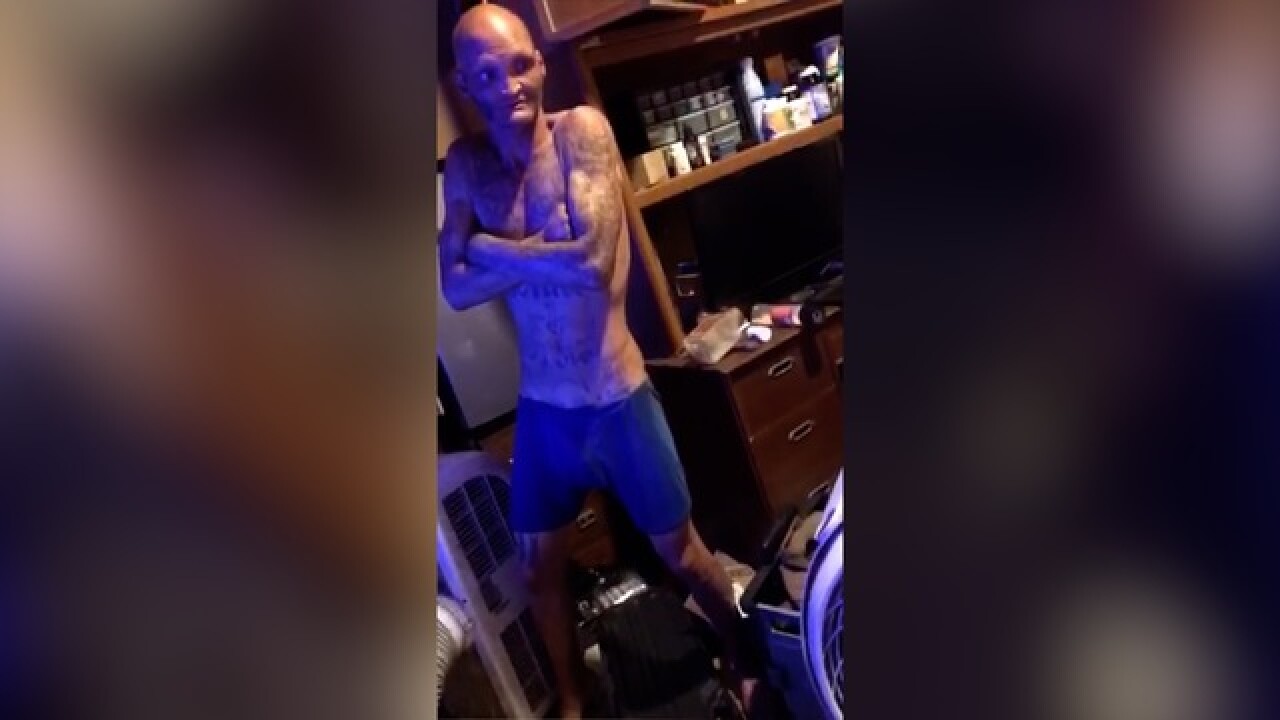 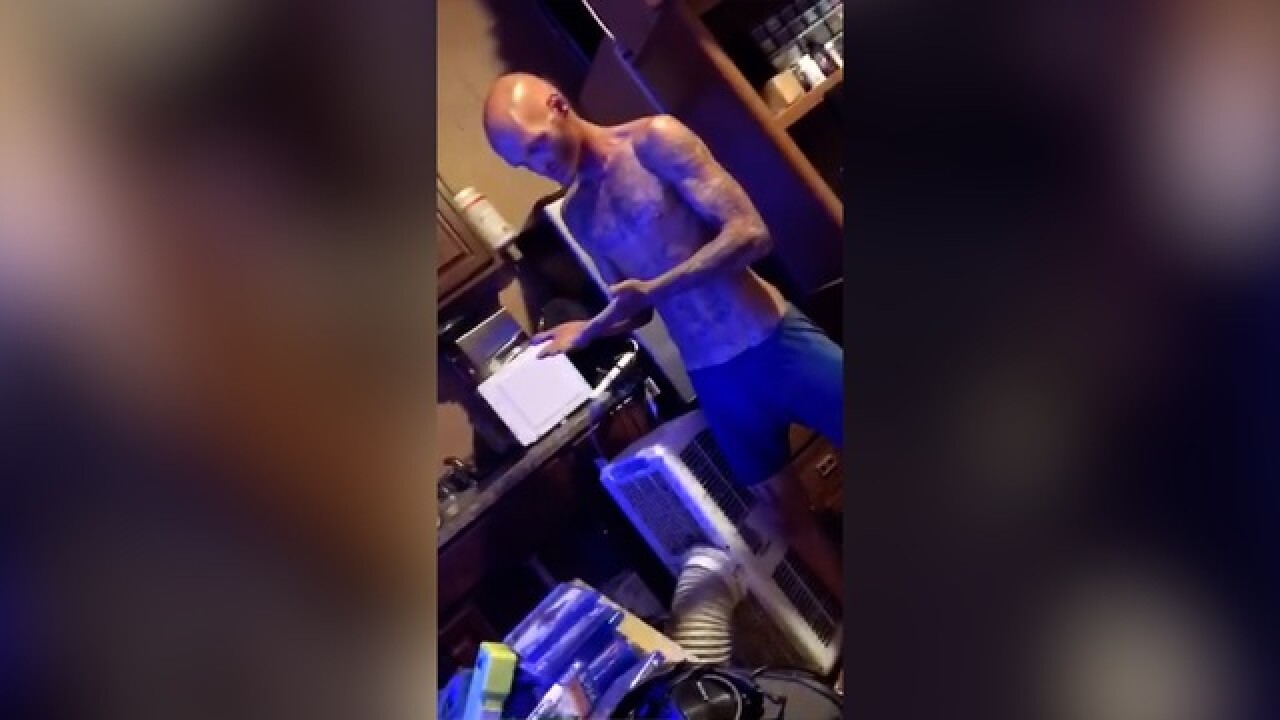 SAN DIEGO (KGTV) -- Mixed Martial Arts fighter, Dean "The Boogeyman" Lister is asking the public to help him find a man he found inside his apartment.

Lister, a Jiu Jitsu champion, has taken down opponents around the world - but he never expected a fight in his home.

"I thought somebody was working in the apartment," he said, describing the man as covered in tattoos and wearing only a pair of boxers.

Lister said the man wasn't making any sense, and soon Lister started to record him. In the video the man is heard saying that he went into the apartment because he thought it was a church.

When the man realized that he was being record, Lister said he reached for a hammer - a moment that can be seen just before the video ends.

Lister is a gun owner, and said he reached for his weapon when the stranger threatened him. At that point, the man got scared and Lister let him escape out the same window he broke in through.

When police arrived, the man was gone.

"I'm not trying to sound like any kind of saint," Lister said. "But whatever kind of money I lost, maybe it's not worth someone dying."

Lister posted the video on Youtube and shared it with 10News in hopes that someone would recognize the intruder.

"Hopefully he turns his life around," Lister said.