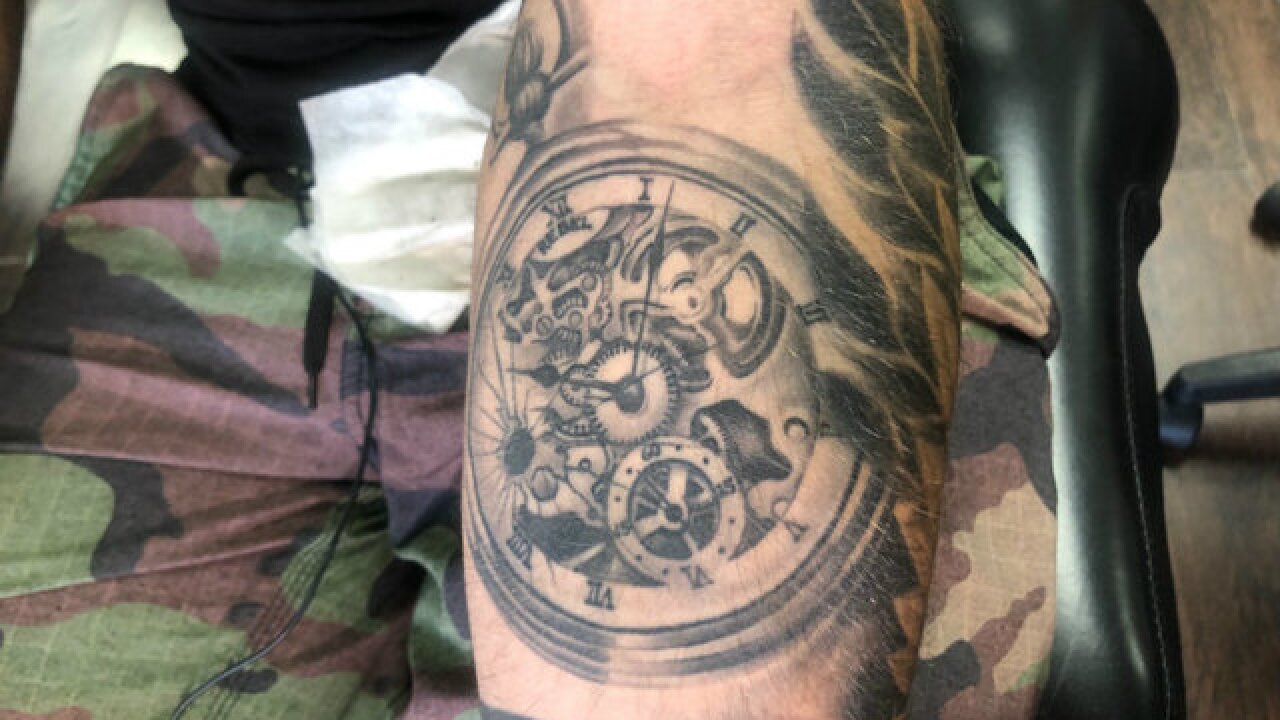 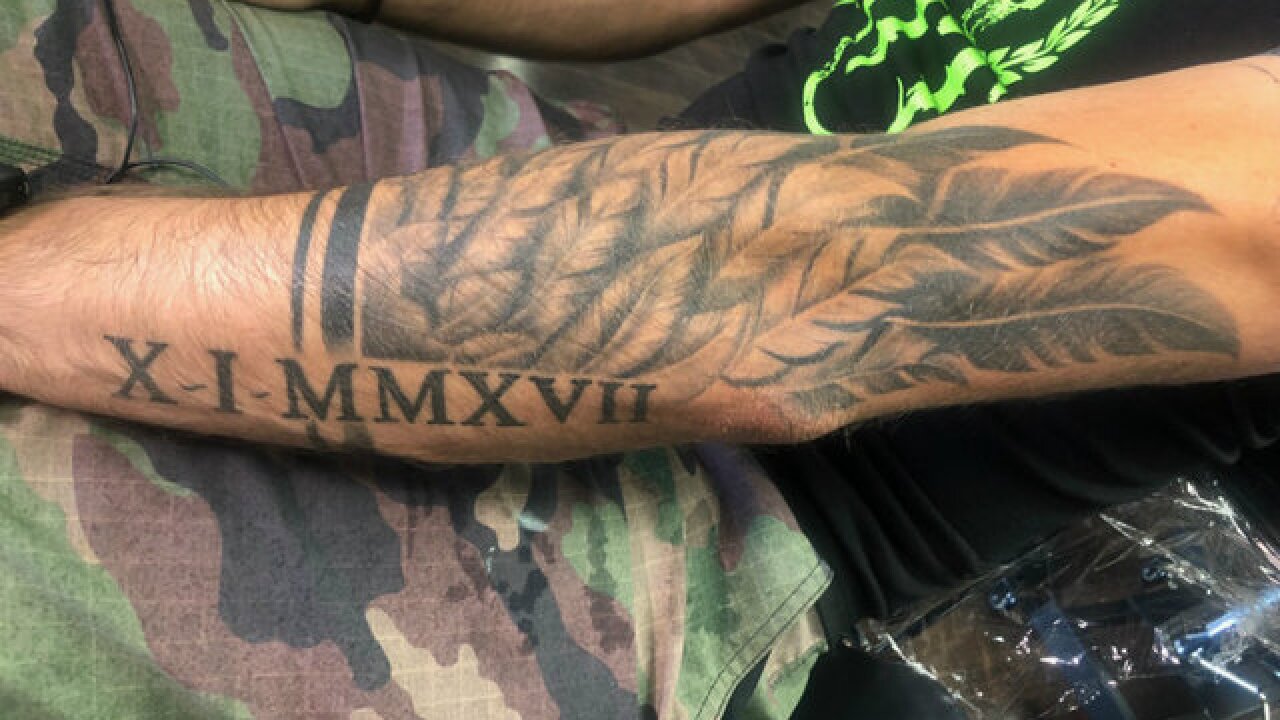 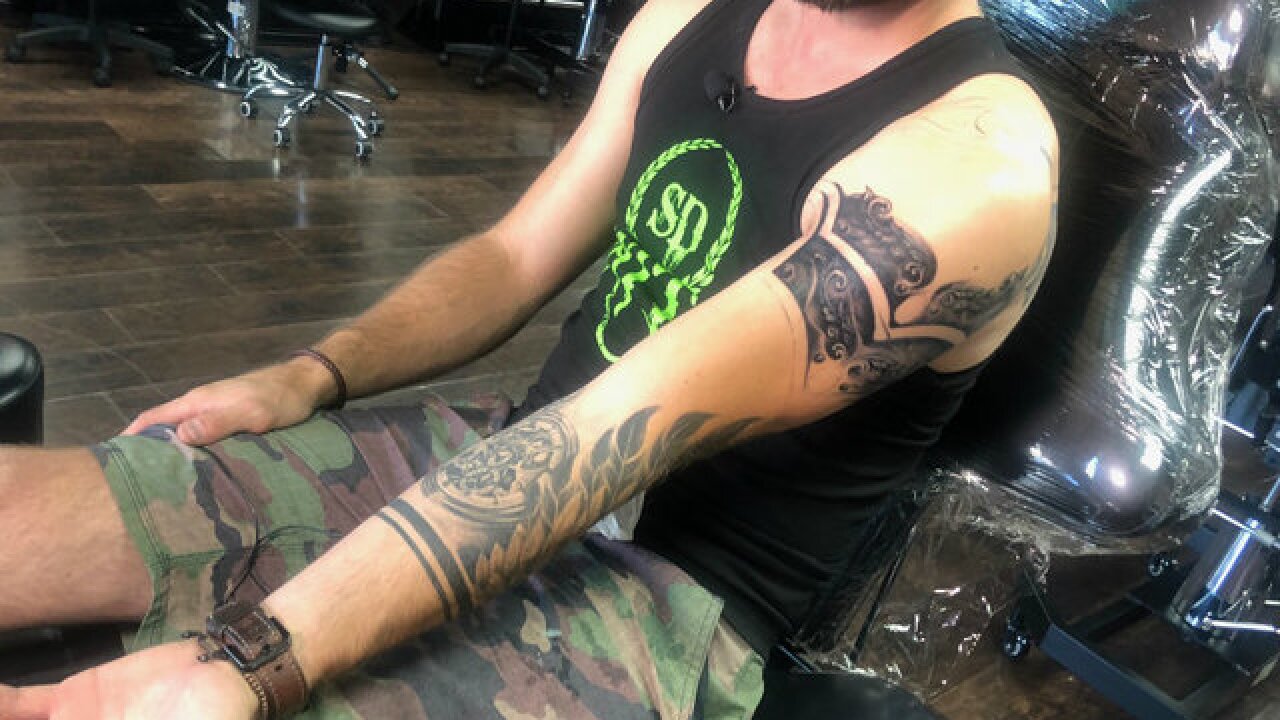 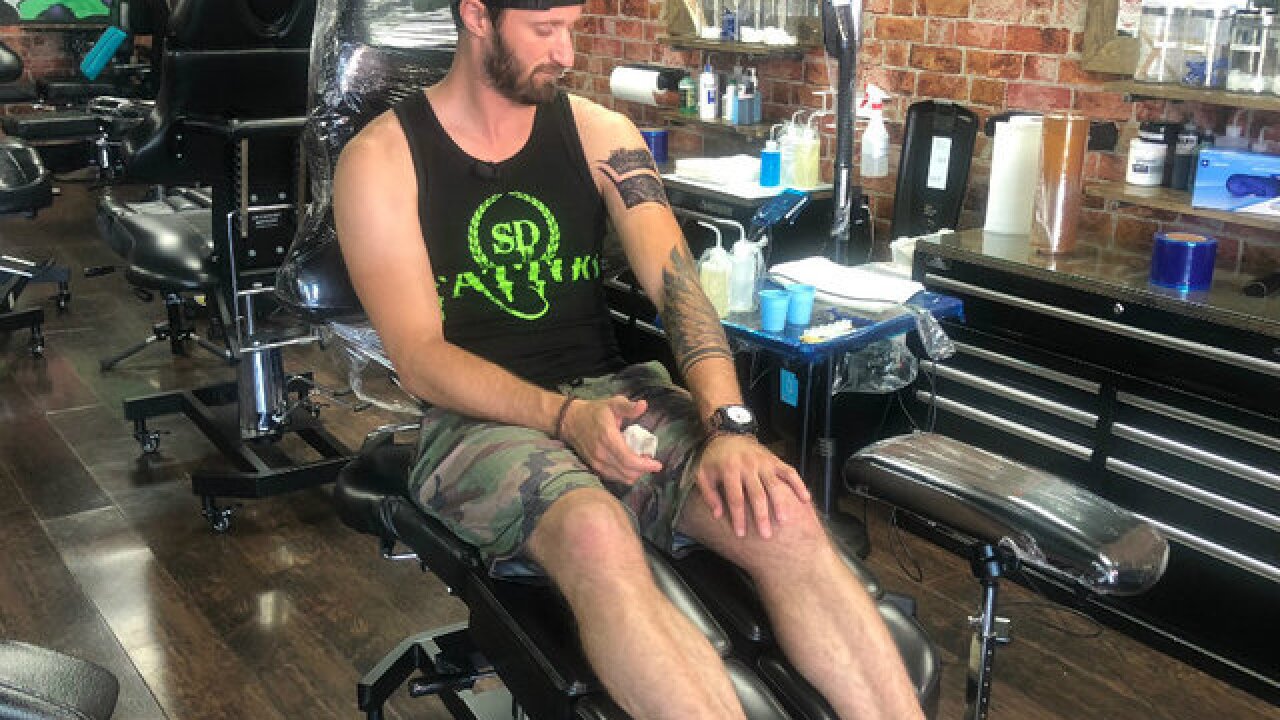 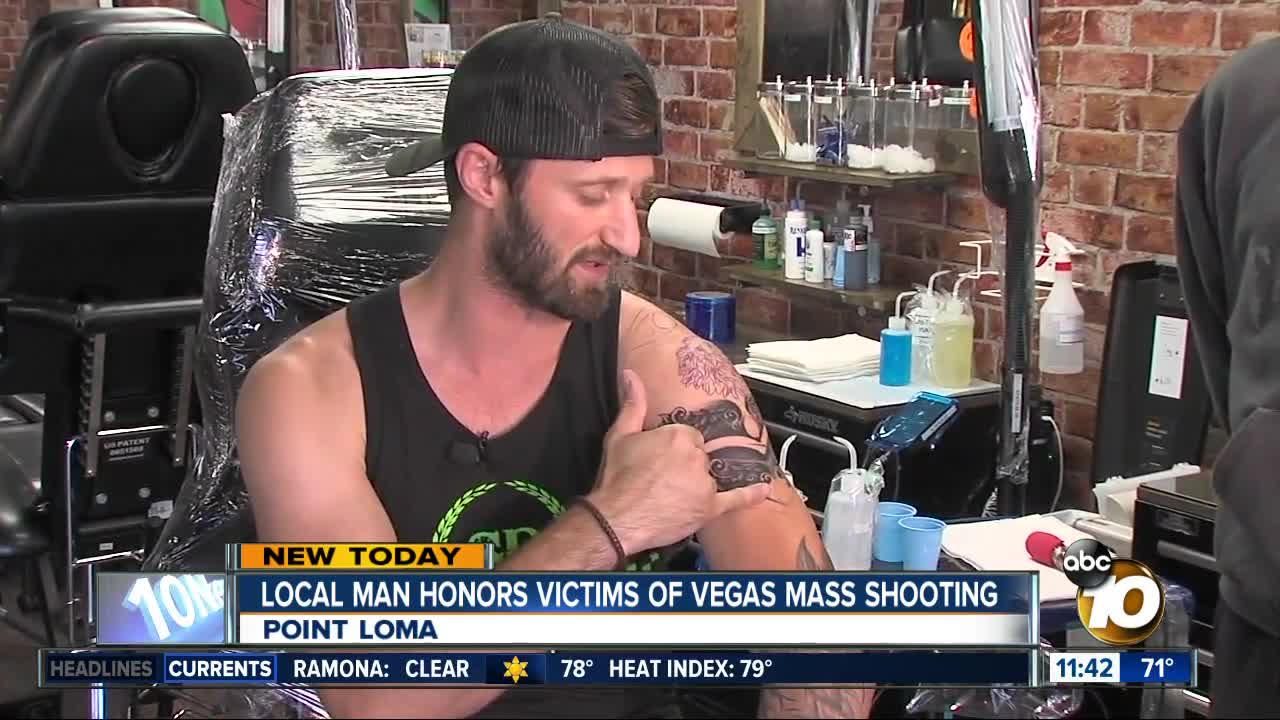 SAN DIEGO (KGTV) - A local Marine veteran who saved multiple lives in the Oct. 1, 2017, Las Vegas shooting is remembering the victims in a permanent way.

Taylor Winston turned to SD Tattoo in Point Loma, a shop he has been involved with designing for years, to create a masterpiece that would memorialize the victims in the Route 91 concert shooting and cover his entire left arm.

Little did he know, one of the tattoo artists, Hondre Moreno, is a survivor of the Las Vegas massacre himself.

“I think it’s something special that we’ve been connected,” said Winston. “Together, to be able to do this, is a form of healing for the both of us.”

The two collaborated and began designing and brainstorming ideas for the large tattoo.

Moreno began working on it about five months ago with hopes of having the entire tattoo completed by Sunday.

Each piece represents a different moment from that day, starting with the date and a clock.

“The timepiece is actually set to the time of the shooting and has a bullet hole that is passing through,” Winston said as he pointed to the already completed portion of the tattoo. “The wing here represents those lost.”

Winston will also have music notes surrounding his arm.

“I chose ‘Sometimes it’s Tough,’ which is part of Jason Aldean’s song that he was performing at the time,” he said.

And the only pop of color, purple, sits at the top, near his shoulder. It was the piece being worked on Wednesday morning.

“There’s going to be embedded purple jewels. Amethyst is the stone for healing and also it is the color of Route 91 and my girlfriend’s birthstone. She’s been a huge support to me through all this,” Winston said.

Once completed with each separate piece of art, Moreno will have them all connect.

“It’s all going to be tied together with smoke going through as if the pieces are rising from the ashes, because that’s what everyone has had to do through this traumatic event,” said Winston.

Winston has been involved in several charity events and has connected with victims and survivors since last year. He hopes anyone struggling will reach out to him through his website Route 91 Therapy.