Copyright 2018 Scripps Media, Inc. All rights reserved. This material may not be published, broadcast, rewritten, or redistributed.
City of Chula Vista

SAN DIEGO (KGTV) - San Diego residents have more access to public parks than other major California cities but parts of the county are falling behind, according to a study by the Equinox Project.

78 percent of San Diegans live within a half-mile of a park in city limits, the study showed in an analysis of 2016 data. Overall, the city had almost 35 acres of park land per 1,000 residents.

Mayor Faulconer credits proper budgeting as a reason for having so many parks in the city.

"Our neighborhood parks need to reflect that. That's why it's been important to me to back that up and put the dollars where they're supposed to be going and we're seeing a huge difference," said Faulconer.

Moms like Nichollette Burrows and Kiara Edwards in Lemon Grove say they usually drive out of their city to look for different options for their children.

"It definitely makes my husband and I want to move to somewhere that's more kids friendly and already has those amenities," said Burrows.

"Almost every time they ask if we can walk to the park, but it's just too far," said Edwards. 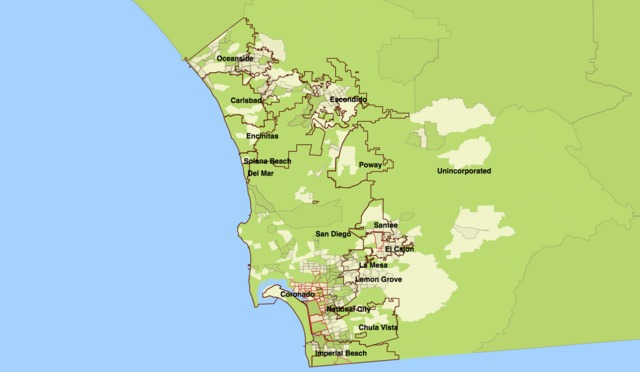 The Equinox Project study showed that Chula Vista decreased its park acres per resident from 2015 to 2016 and had less park access than the City of San Diego. Chula Vista officials said park development was not keeping up with population growth during that period.

Chula Vista officials cited new data from 2017, indicating the eastern portion of the city had 3.99 park acres per 1,000 residents as a result of opening three new parks.

While San Diego topped the list of park acres per 1,000 residents among major California cities, it ranked below San Francisco and Sacramento for walkable park access. 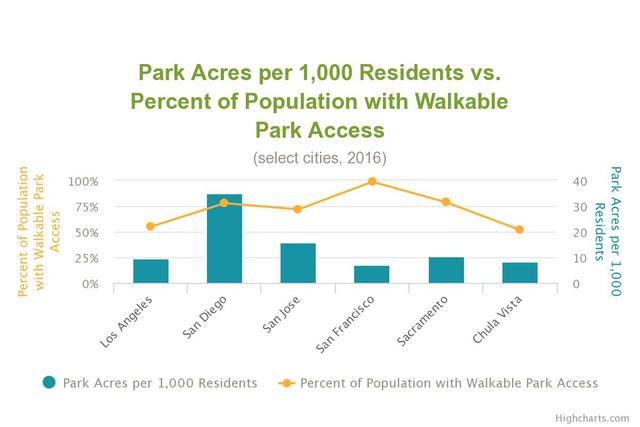 For County residents who live far away from parks, a nonprofit called Outdoor Outreach is working to provide underserved youth with outdoor educational experiences.

GreenInfo Network also has a website, Get Outside San Diego, which helps locate parks. Users can choose by type of recreation, download maps, and see detailed park information.