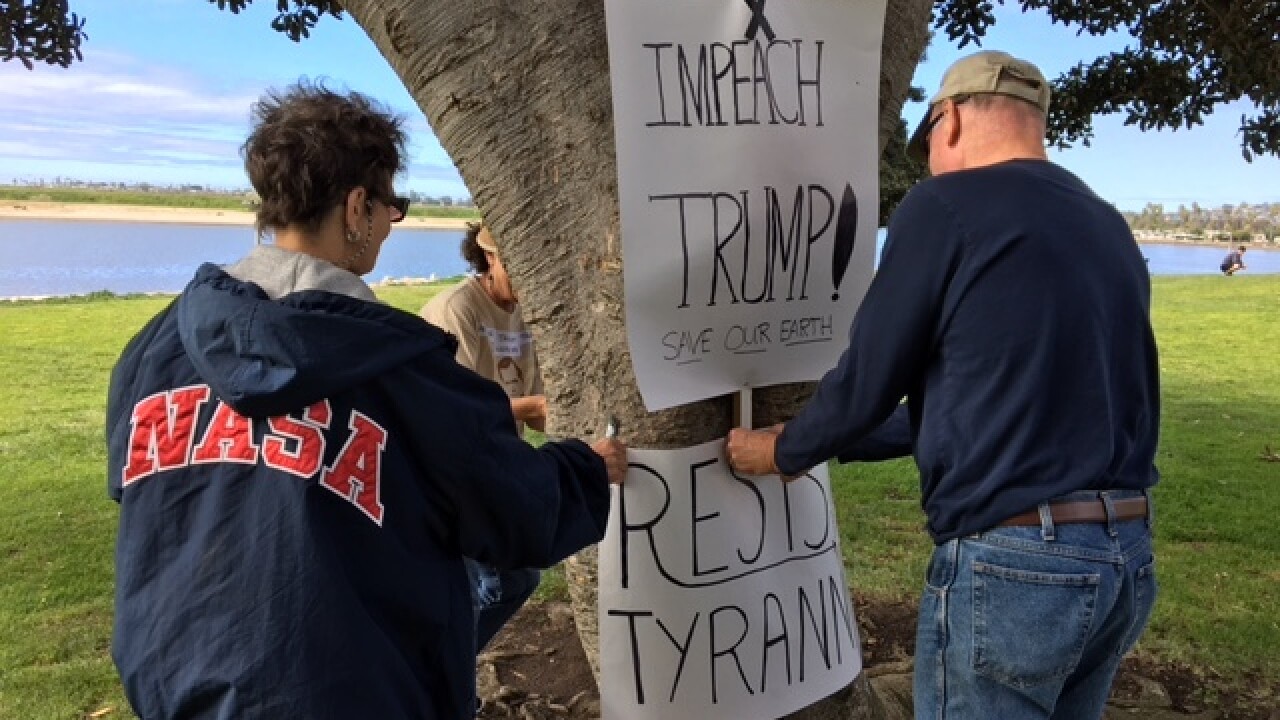 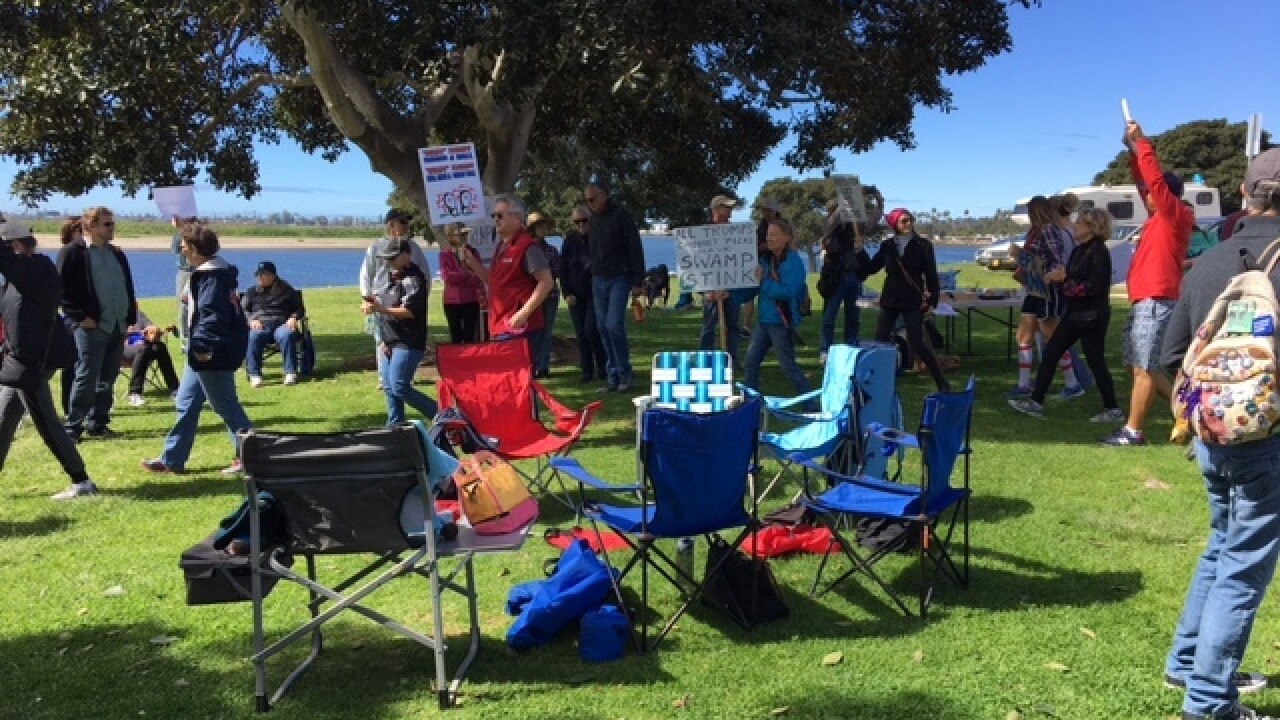 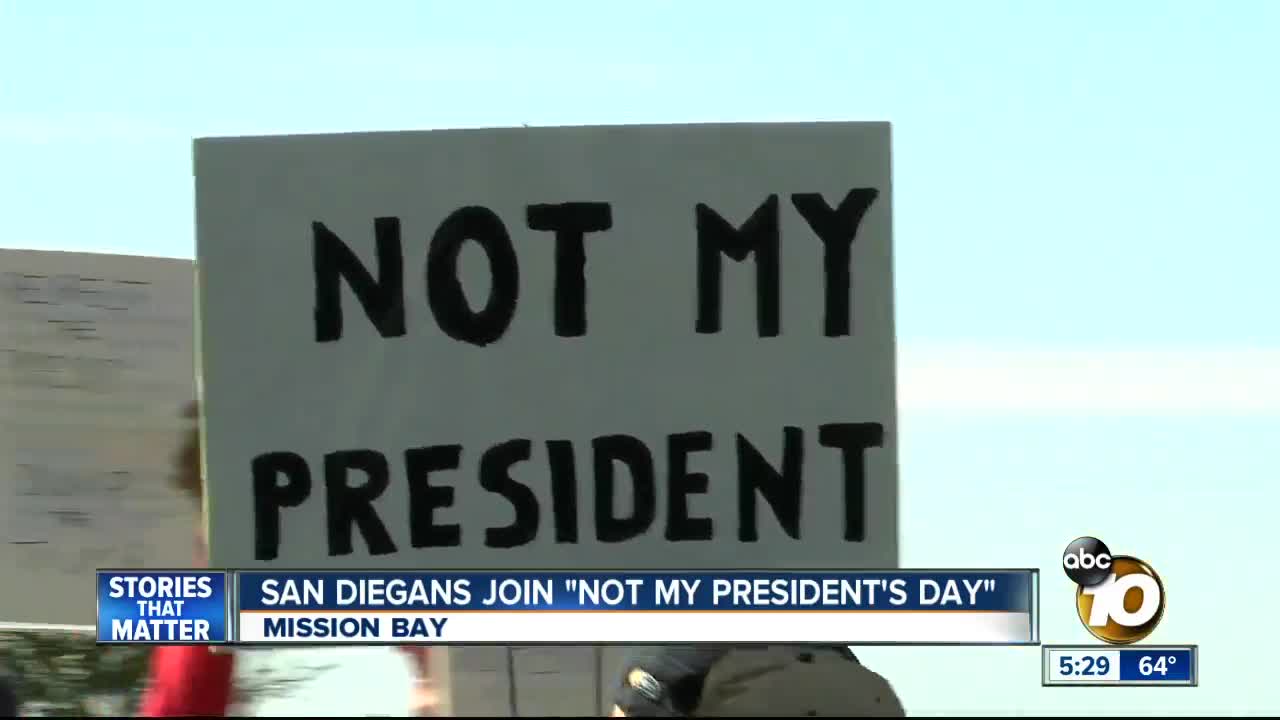 San Diego is joining in on the national rally called "Not my President’s Day."

People are not happy about President Trump's actions in office.

Small, but united. About a hundred San Diegans carried signs - some reading "not my president."

This all happening on a national holiday celebrating presidents.

“To see other people who are also feeling the same way you're feeling, your like, okay. I'm not alone here,” said Sarah F., who for privacy reasons did not want to share her last name.

Sarah and her mom are visiting from Los Angeles. They said this event is that important to them. Sarah is half Iranian and half Mexican.

“Stay active and vocal about what’s going on and that we don’t normalize this because this is insane, what’s happening right now,” she said.

While those participating in the rally shared similar views, all against Donald Trump's actions, one guy stood alone expressing his opposition.

He calls himself Roger. He did not want to share his real name.

He has been to about five other anti-trump rallies - ready to defend the man he voted for.

“He needs support where other people go against him, even if it's just one person at that moment,” said Roger.

He also said rallies should be open for everyone to voice their opinion.

“Trump lets them have it like he enjoys doing that. That's something I really loved about him.”

Despite one Trump supporter in the crowd, Sarah was open to hearing him out, but continued to support her cause.

“If one person suffers, we're all suffering,” she said.

Both sides say they want people to continue taking action on causes they believe in.