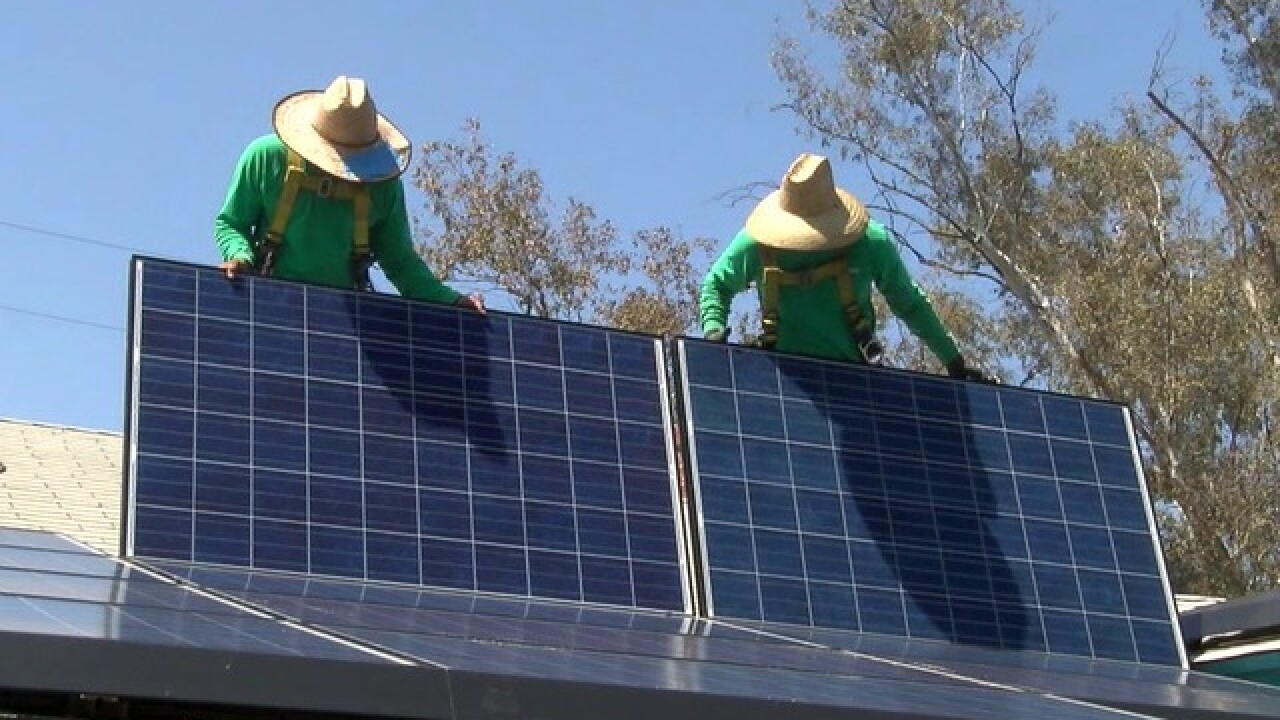 SAN DIEGO (KGTV) - San Diego is considering a plan to create a city-run competitor to SDG&E.

"Right now, we only can buy our electricity from San Diego Gas and Electric," Bry told 10News. "Competition is a good thing. With Community Choice Energy, consumers will have a choice."

The idea behind CCE is that San Diego would create its own independent agency to act as a competing utility. The city would purchase the energy, focusing more on renewables such as wind and solar. SDG&E would still deliver the energy, handle billing, and maintain the infrastructure.

San Diego residents would automatically be signed up for get energy through the new agency, but would have the option of choosing to continue getting energy directly from SDG&E.

CCE supporters say the competition would drive down prices. They point to successes from CCE's across the state. In June Solana Beach became the first city in San Diego County to try Community Choice. They tell 10News that so far, residents are seeing bills about 2% lower than SDG&E.

Opponents question whether the modest savings are worth the expense of establishing a CCE agency.

"What we've seen from government-run energy programs is there's a lot of potential risk for taxpayers, but not a ton of potential upside," says Tony Manolatos, a spokesperson for the Clear the Air Coalition, a group which gets funding from SDG&E's parent company, Sempra Energy.

Mayor Kevin Faulconer's office tells 10News he is considering the CCE concept and expects to make a decision on supporting it by the end of the year.