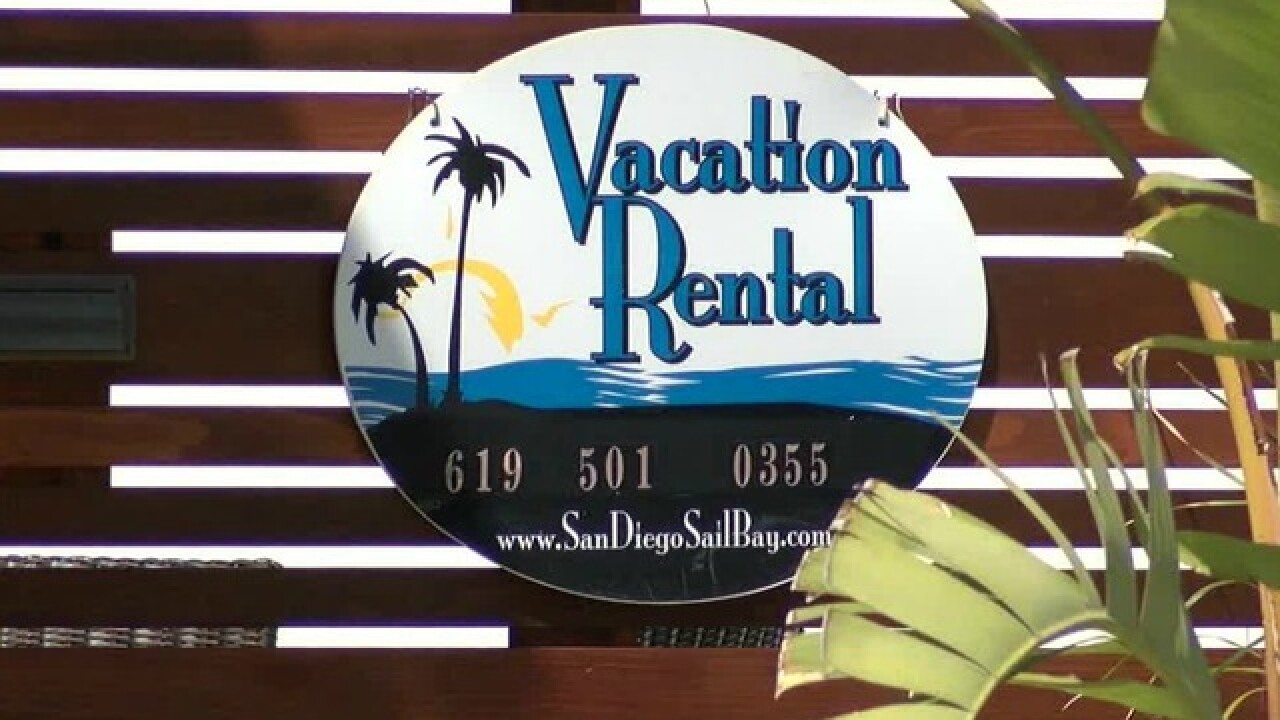 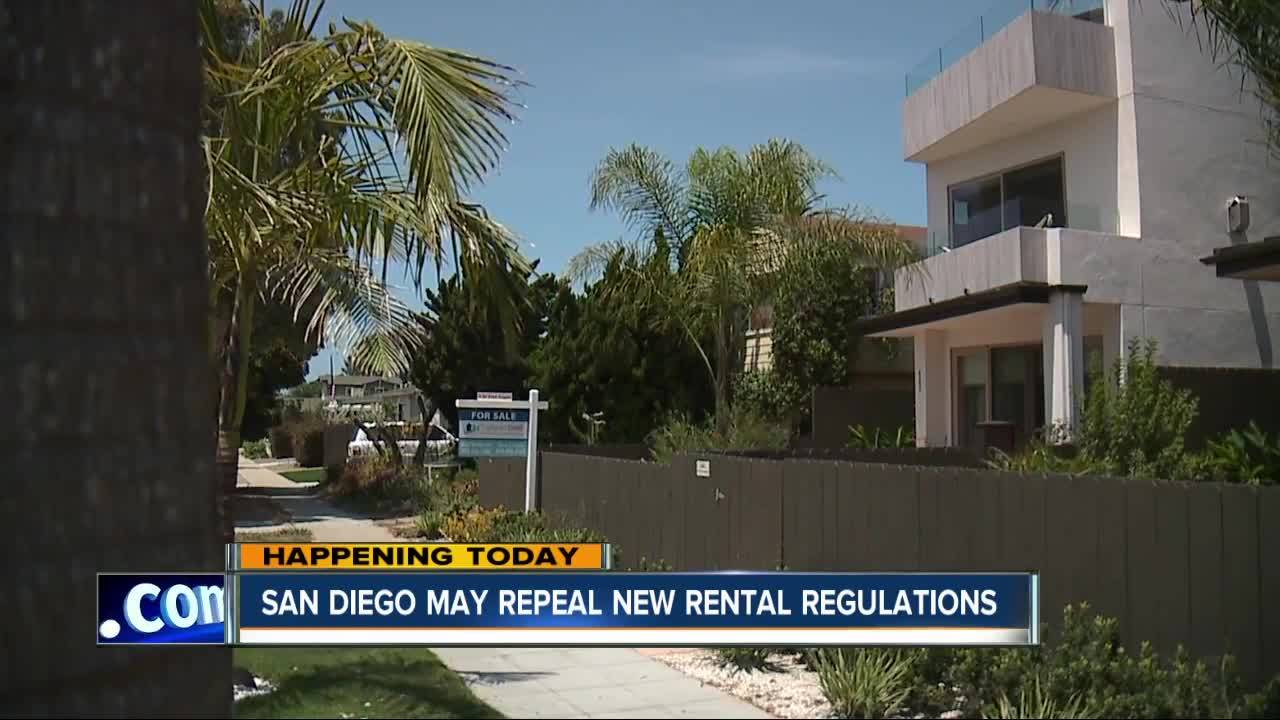 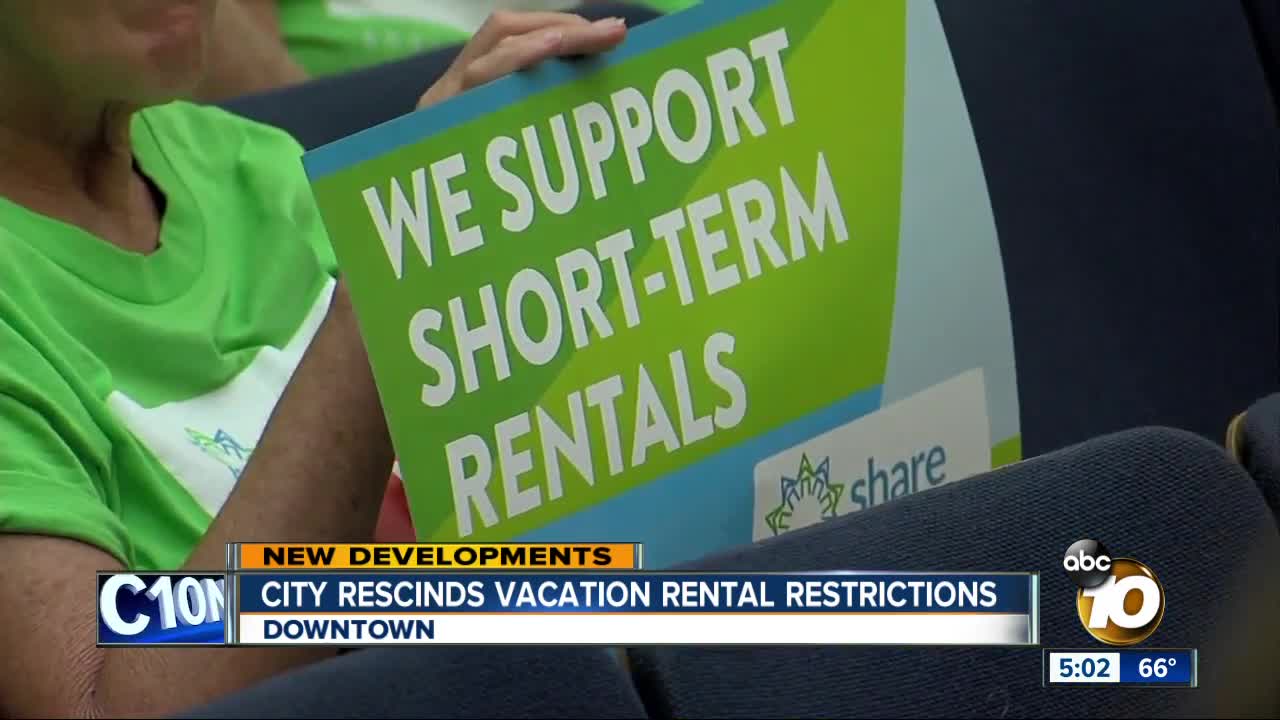 On Aug. 1, the council voted 6-2 in favor of rules to regulate short-term vacation rentals in San Diego. The regulations were set to take effect in July 2019.  These regulations limited the rentals to primary residences, which would force some investors or owners of more than one home to sell their properties or rent them out long-term.

"This rescission passed because voters want regulations that protect private property rights, encourage tourism, weed out bad actors and create an enforceable regulatory structure," the group said in a statement.

In response, a signature drive sponsored by home rental company Airbnb obtained enough signatures to object to the city’s restrictions, putting the issue back on the City Council’s table.

Mayor Kevin Faulconer previously said that the regulations were part of an effort to protect neighborhood quality.

Opponents of the regulations say the council violated the Brown Act by making significant changes to the original proposal before voting on the measure without allowing for more public comment.

In September, data from Airbnb found that San Diegans earned $5.2 million over Labor Day weekend as they hosted 15,000 travelers.

"Today’s action may take us back to the drawing board, but the good news is that we are not back at square one. We have already begun working with stakeholders to develop a new compromise based on the fact that the referendum took the previous ordinance off the table. Mayor Faulconer will continue to advocate for a system that protects neighborhoods through increased oversight and enforcement, and in the meantime staff will continue to enforce existing laws against noise and other quality-of-life crimes."