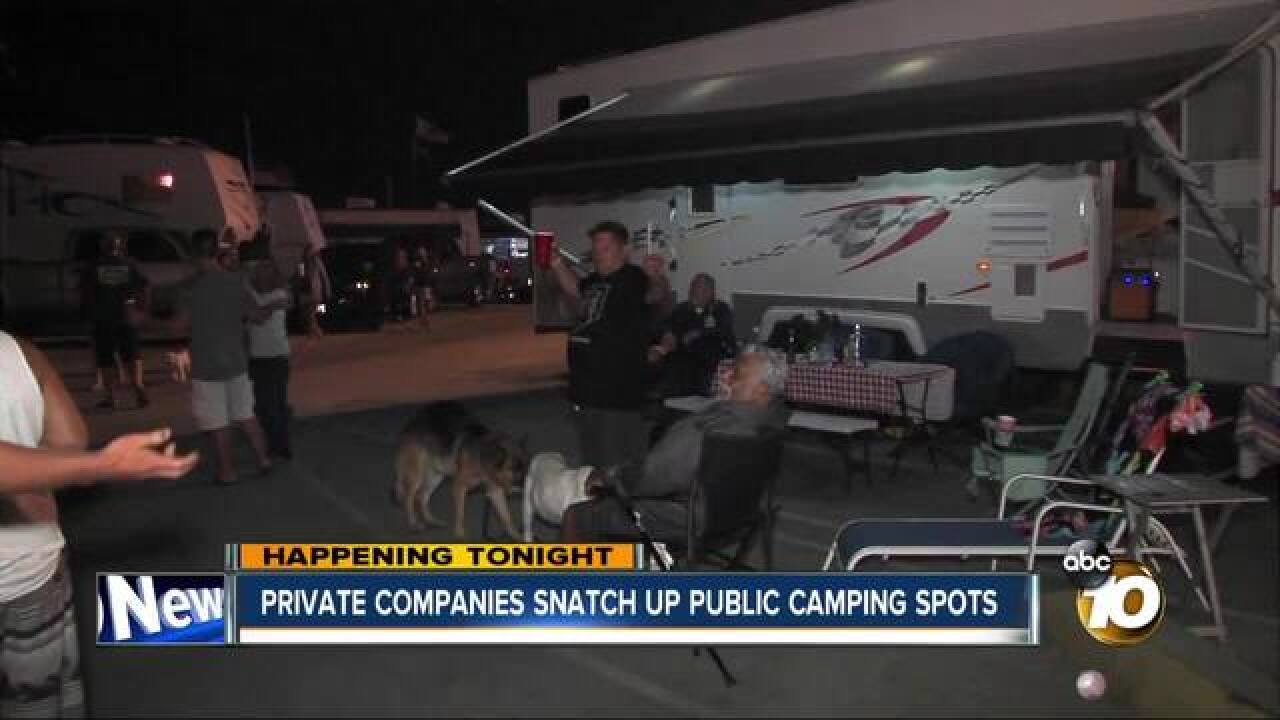 The state launched the Reserve California website last year with the intention of making it easier for people to pick a spot at a campground and book it six months in advance.

San Diego Assemblymember Lorena Gonzalez-Fletcher heard complaints about the system on a camping trip with her family.

“People kept losing their spots. We started looking into it, and there was a website up basically that you could pay twice the cost of the campground and they would secure the exact spot you wanted at the moment it opened up, using bots, in fact, to do that,” she said.

Gonzalez-Fletcher said companies like First Choice Reservations use automated systems to take the public spots and sell them at a higher cost.

“Now we have to pay a premium to a third party for the same spot we would pay a third of the price for,” said camper John Phillips at Silver Strand State Beach.

Gonzalez-Fletcher wants to change the system. She is trying to pass a bill to stop third parties from gaming the system.

“Given that these campgrounds are subsidized by taxpayers, that we put money into the bonds for them, we want to make sure that they're accessible to Californians,” she said.