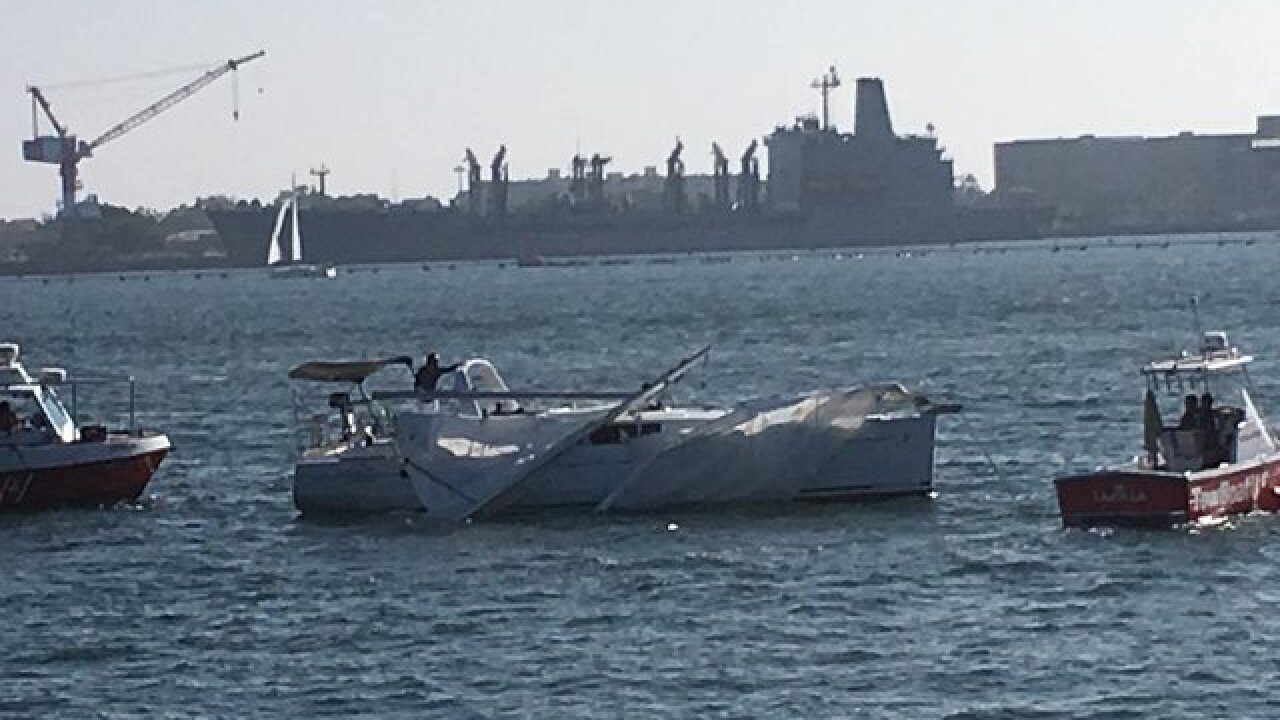 The mast of the sailboat collided with a safety net attachment on the front port-side ‘horn’ of the ship. The crash happened shortly after 2 p.m. according to Harbor Police.

The mast of the sailboat snapped off. There was minor damage to the safety nets of the Midway.

“I thought something fell off the flight line, I didn't think a boat would crash into the Midway,” said Craig Wiener, who was touring the Midway at the time of the crash. “We were looking out the little port windows, and you see the mast falling off into the water."

Harbor patrol says no charges are expected and attributed the crash to inexperience on the part of the person steering the sailboat.  Eight people were onboard the sailboat, and none of them were hurt.

“He didn't realize how close he was and how tall his mast was and it was too late and the wind pulled him in,” Wiener said.