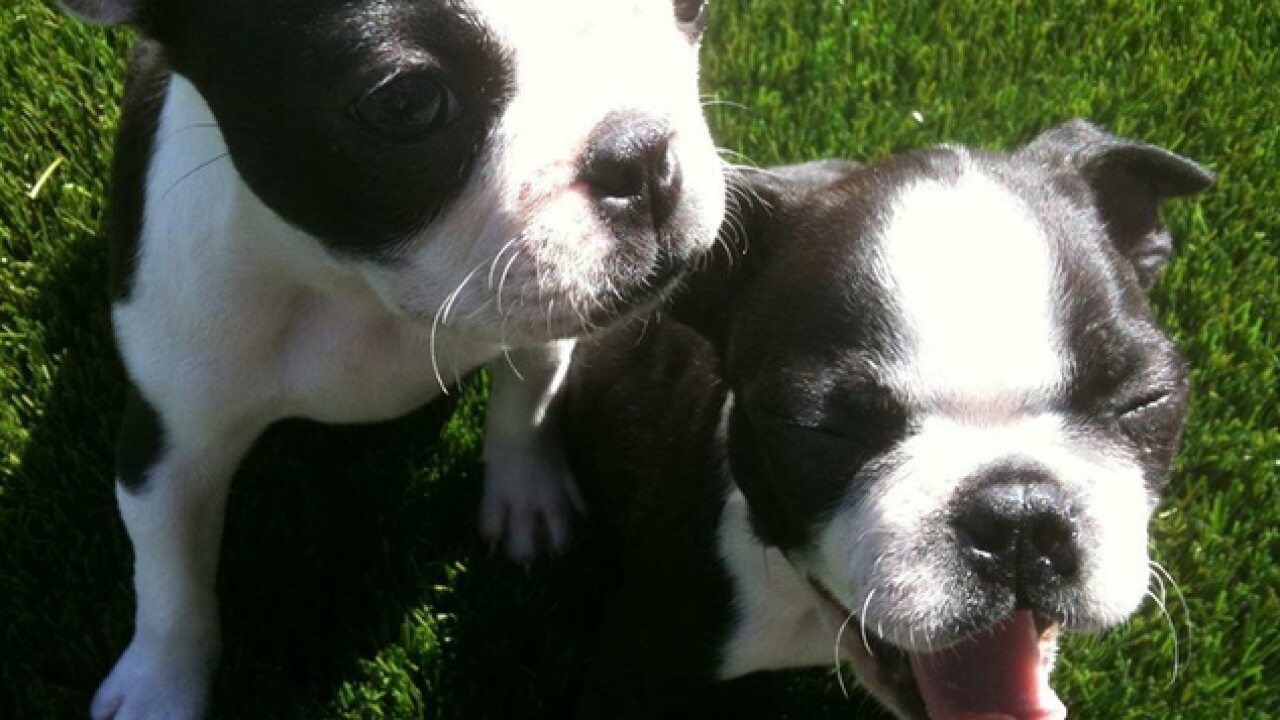 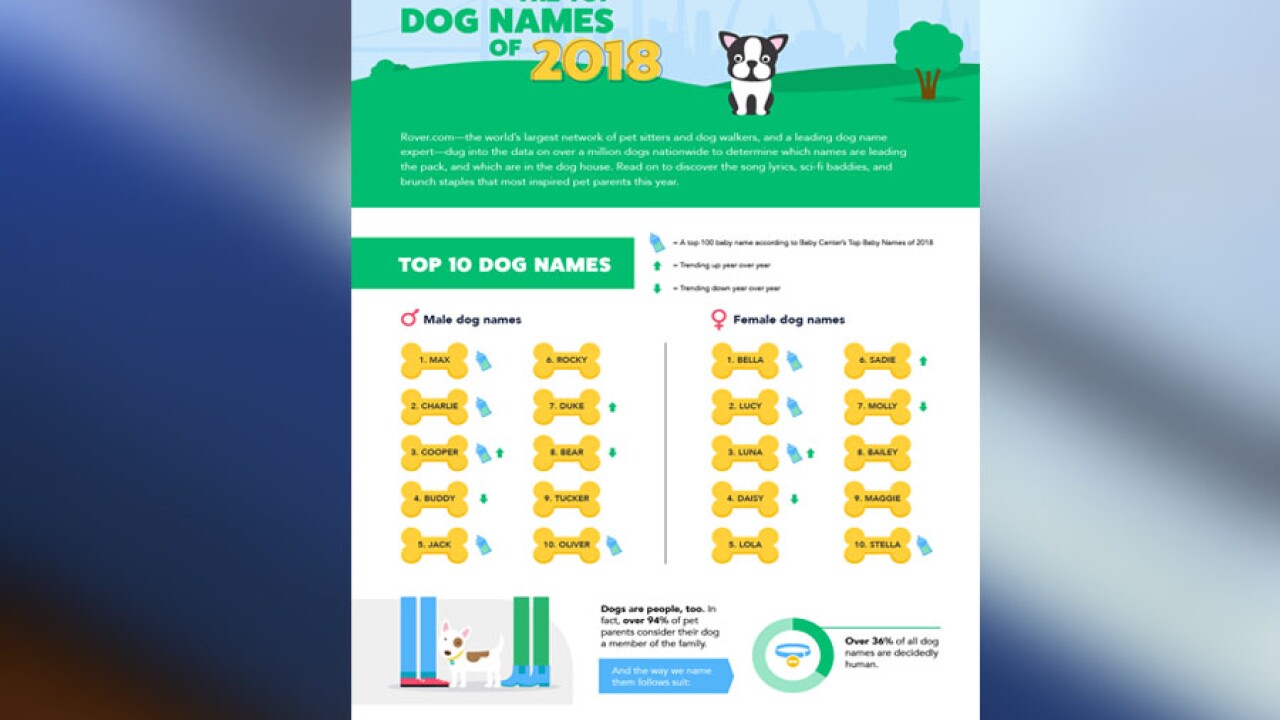 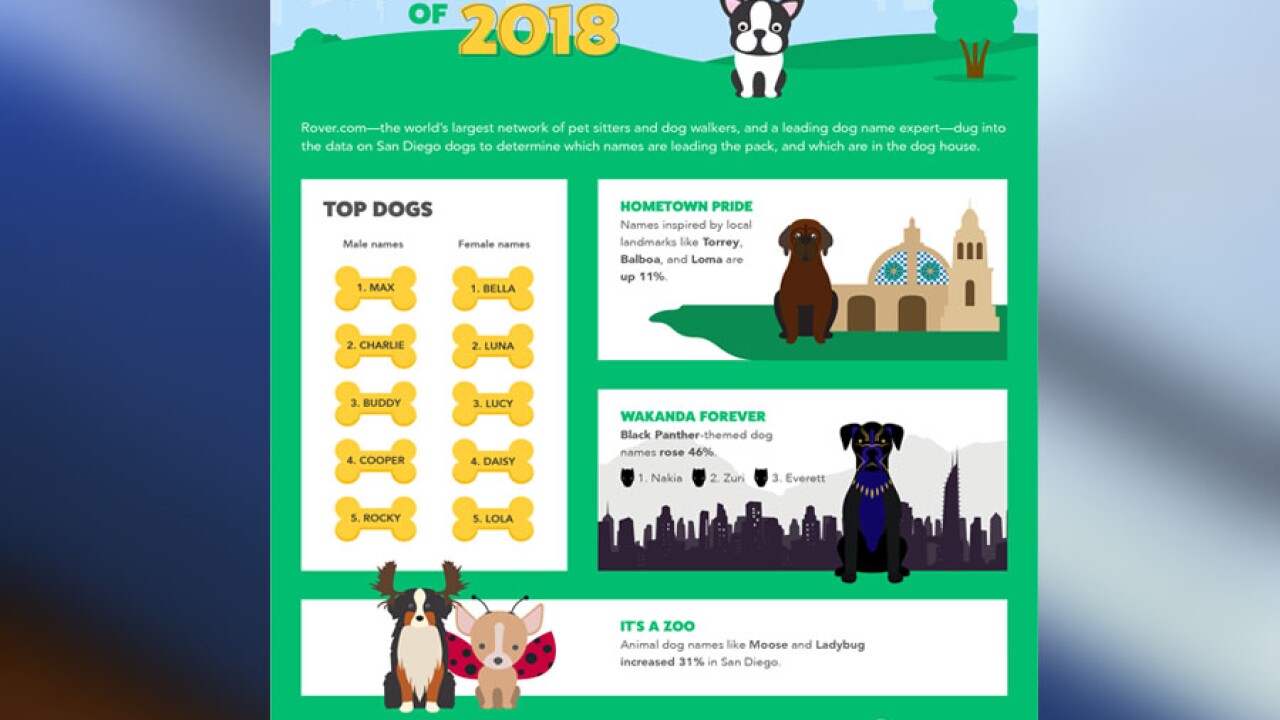 (KGTV) - Human names top the list of the most popular dog names in 2018, according to a report from pet-sitting and dog-walking network Rover.com.

Rover says while 36 percent of all dog names in 2018 were inspired by your typical human names, the number of dog names taken from pop culture continued to rise throughout the year.

For example, Rover says many owners named their dogs after popular, news-making figures such as rapper Cardi B., Thanos (from the “Avengers” films) and Stormi (the daughter of style icon Kylie Jenner and rapper Travis Scott).

Owners were also inspired by video games, music and foods, and it showed with many naming their dogs after “Fortnite” characters, drinks like Whiskey and Guinness, and dance moves like Whip and Dab.

In San Diego, Rover says names inspired by local landmarks -- such as Torrey, Balboa, and Loma -- increased 11 percent in 2018.

For female names, the top 5 names in San Diego are: Bella, Luna, Lucy, Daisy and Lola.