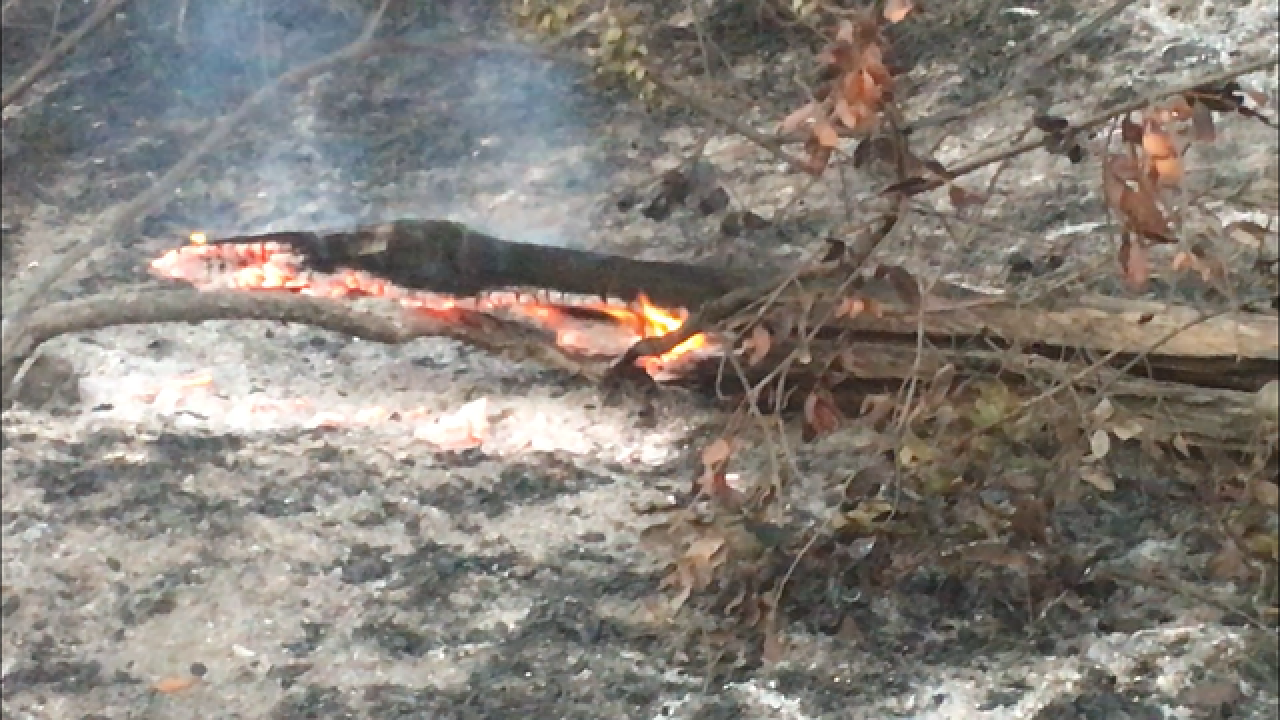 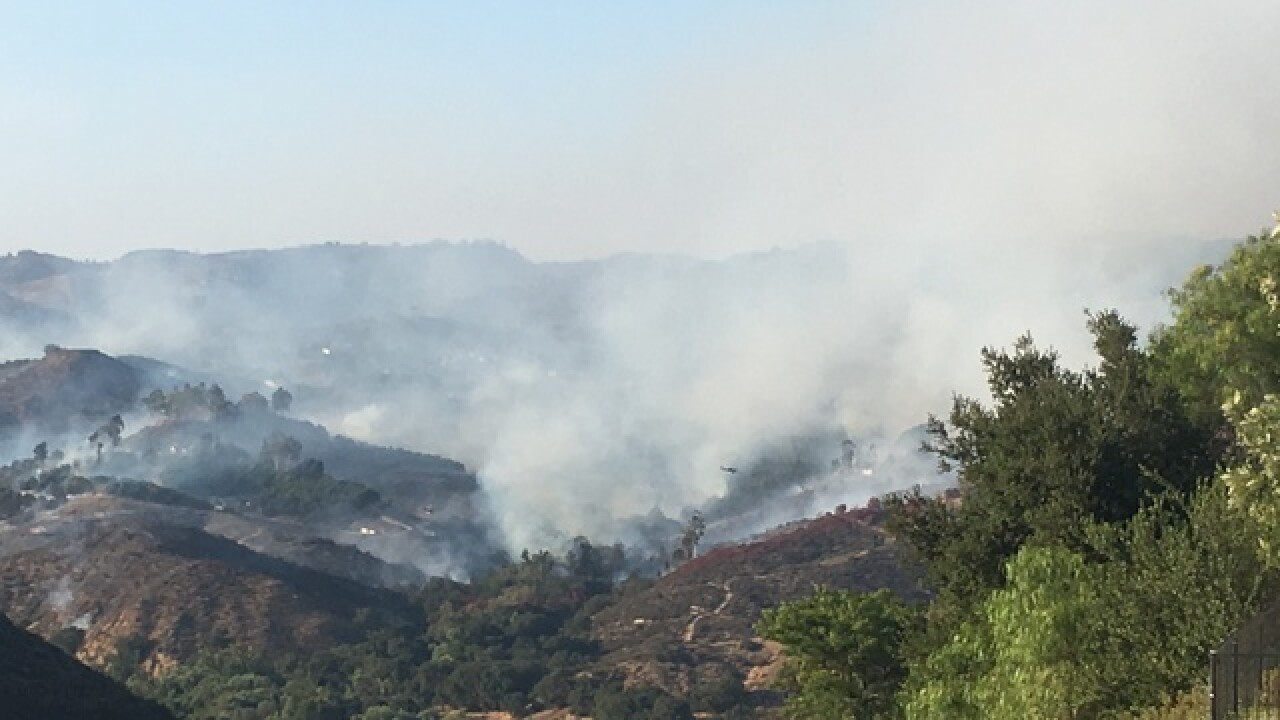 FALLBROOK (KGTV) - A Cal Fire Captain says we're in the heart of fire season and you should be prepared to evacuate anytime.

The Rock Fire started at 3:15 p.m. in Fallbrook, and burned near Sandia Creek Drive.

"I saw the sheriff’s and fire trucks running through town and I mean I live here, so I came down my street, and I could see the plume of smoke," Neighbor Dennis Recker said he's seen three fires light up in the same riverbed this month alone.

"Very real life and property threats that are associated with these fires very early on in their life," Cal Fire Captain Issac Sanchez said the dry brush and weather conditions are perfect for these fires to take off.

Recker said his wife realizes the danger, "It concerns everybody but she’s, she’s more nervous about it, she really worries about the fires."

He said he came to River Oaks Lane to keep watch over the fire, to put them both at ease. While he made his second trip, he liked seeing the aircrews go to work, "they were right on it, they’ve been doing loops the whole time."

"It’s good to see it getting knocked down," he said, knowing tonight his home is safe.

While Sanchez says, they're expecting more fires throughout the summer, making this plea "these are very serious situations. These fires are growing incredibly quickly, so what we need is the public to be ready to go at a moments notice."

Fire crews are also asking neighbors to do their part to create defensible space around their homes, to give them room to work and protect your home.

No structures were damaged, and no injuries were reported, according to Sanchez.