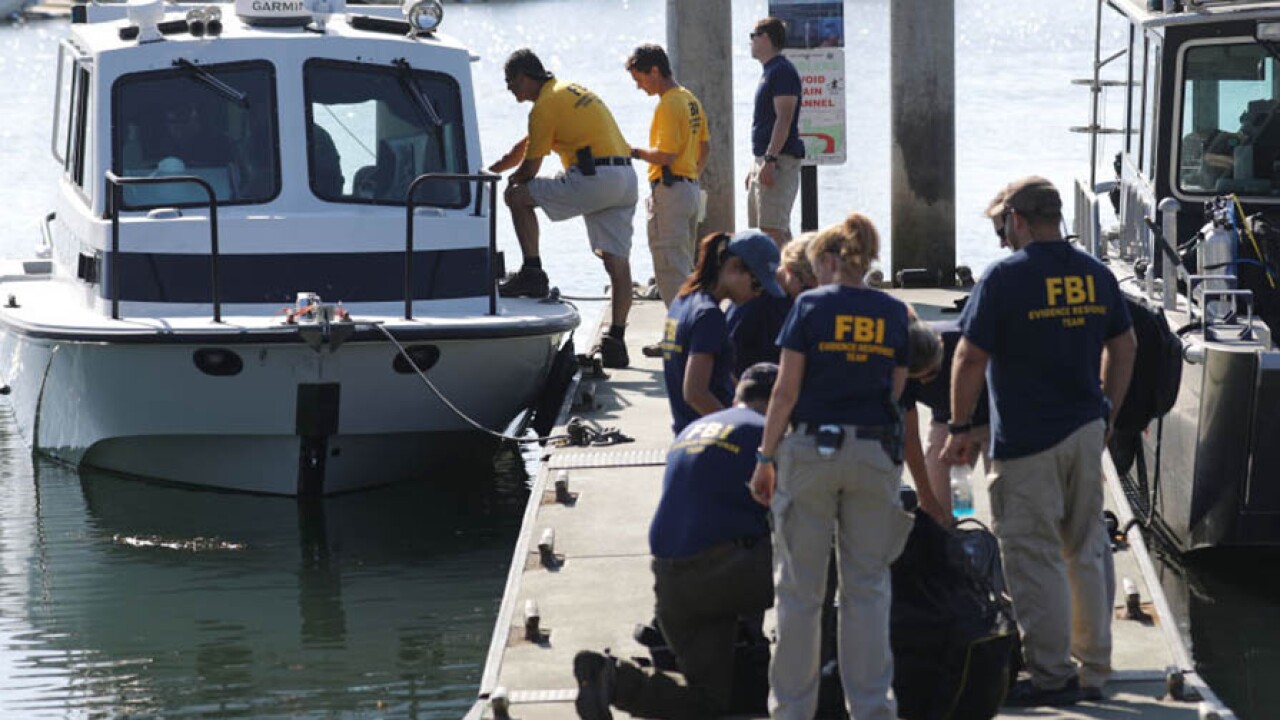 (KGTV) – A criminal investigation was launched into the boat fire off the Santa Barbara coast that killed 34 people, The Los Angeles Times reported Monday .

Citing law enforcement sources, the newspaper said the investigation is being led by the U.S. Coast Guard’s criminal investigative group and overseen by the U.S. Attorney’s Office in Los Angeles.

In recent days, federal investigators with the FBI, ATF and Coast Guard have conducted searches at the Santa Barbara headquarters of the boat’s operators, Truth Aquatics Inc.

According to The Times' report , investigators are attempting to look into possible safety violations.

The Sept. 2 fire erupted aboard the vessel known as the Conception while it was off the coast of Santa Cruz Island, killing 34 people. The victims were below deck, with many of them asleep when the blaze broke out.

Five crew members who were above deck attempted to help but were unable to because of the intense flames.

One of the victims in the tragedy was San Diego resident Nicole Quitasol, who was with several other family members on the boat for a weekend diving expedition.

Only one victim’s body has not yet been recovered as the Conception remains underwater following the fire.