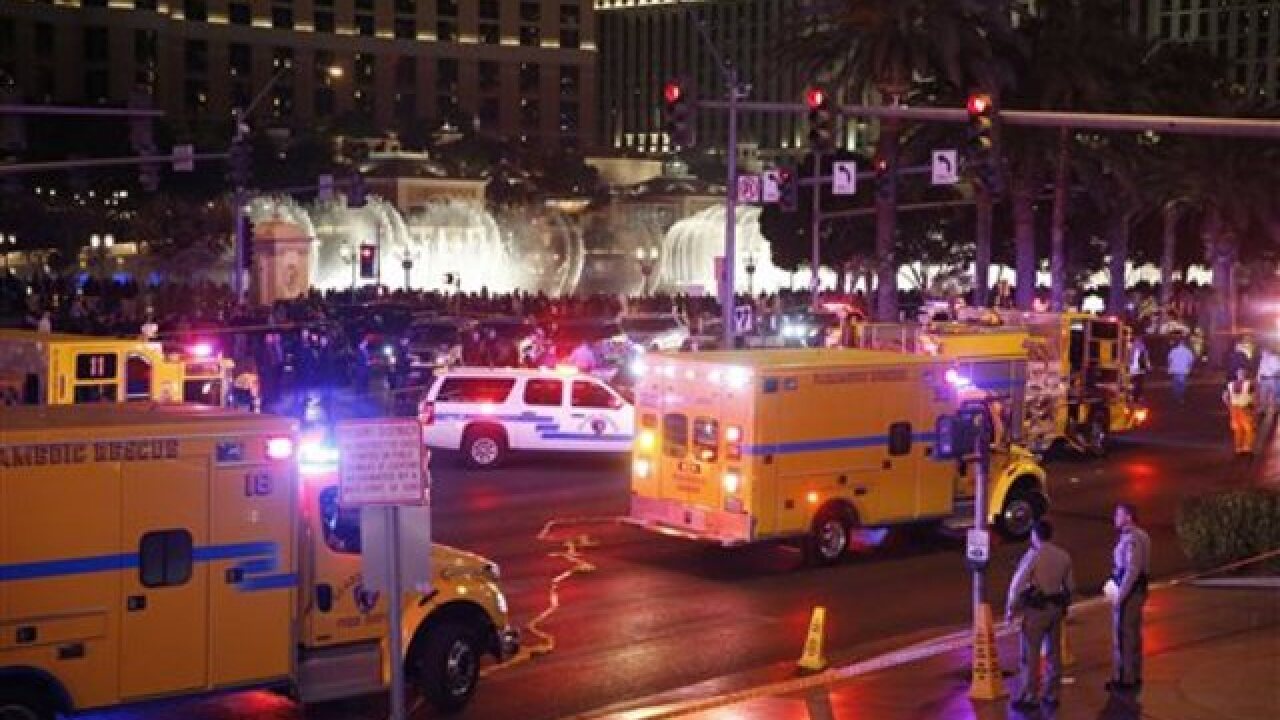 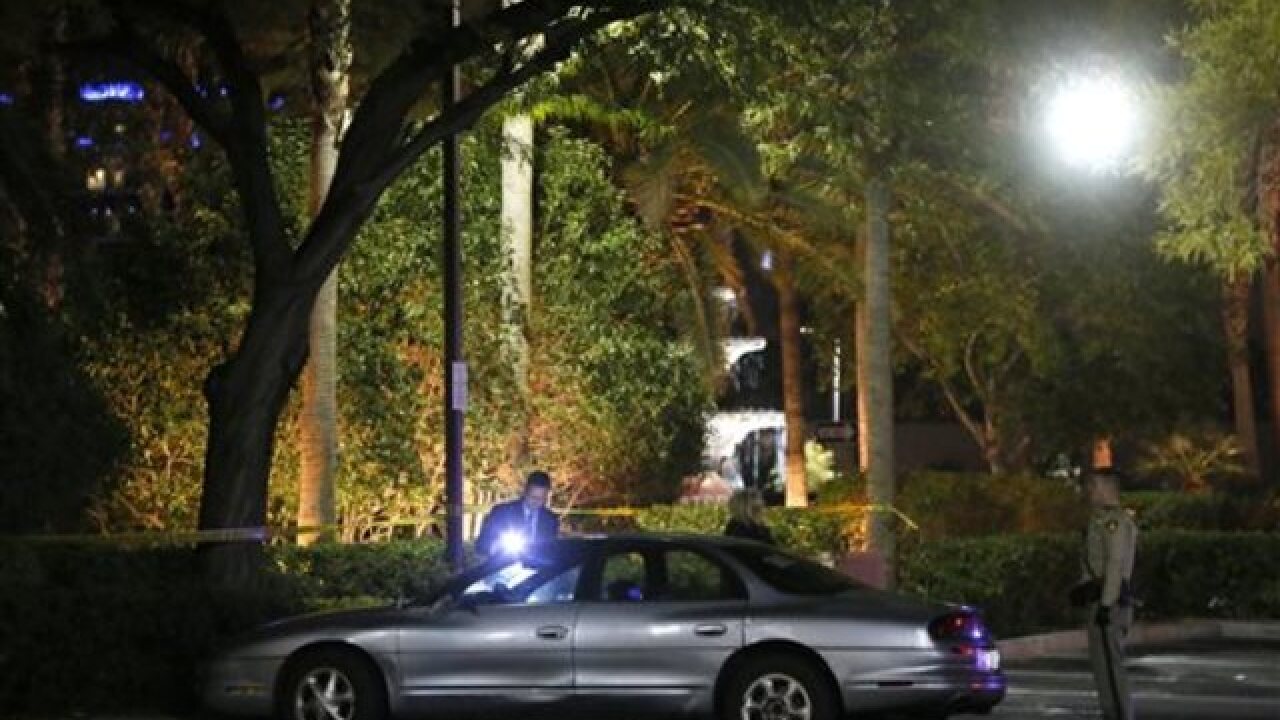 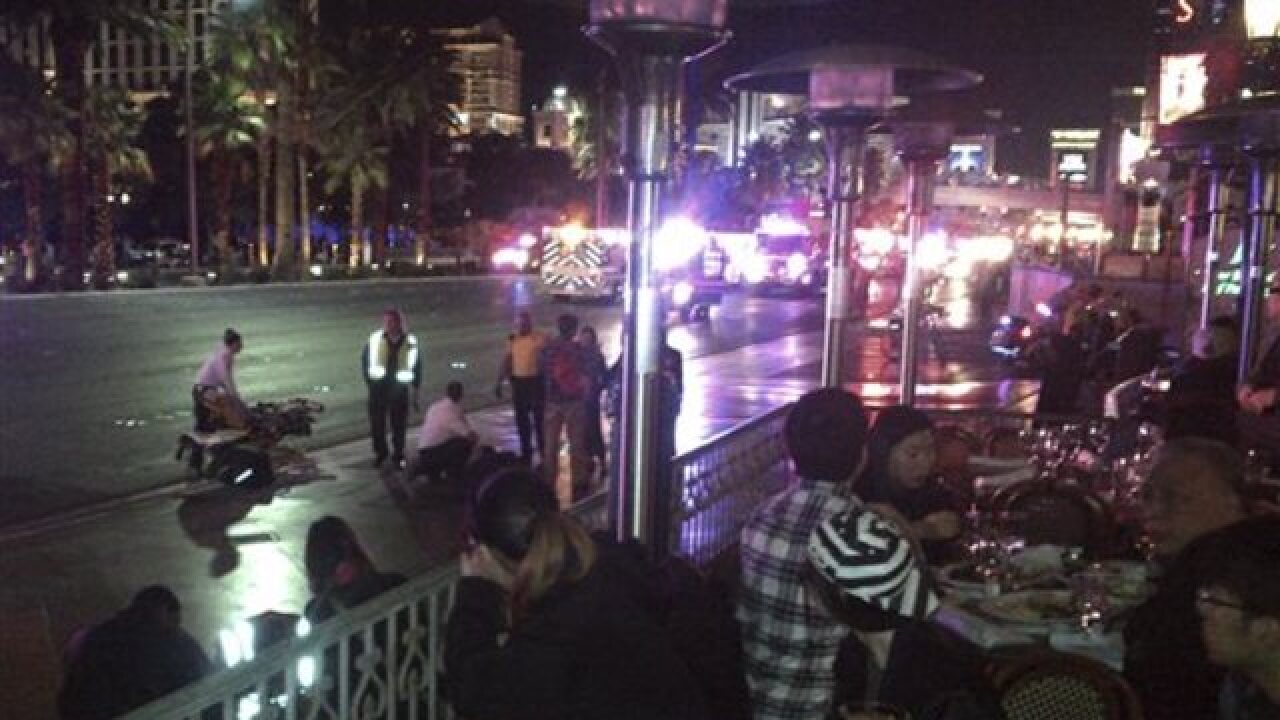 LAS VEGAS -- Prosecutors say they expect to file murder charges and other counts against the driver who crashed into pedestrians on the Las Vegas Strip, killing an Arizona woman and injuring dozens of others.
Clark County District Attorney Steve Wolfson said Monday that the vehicle could be considered a deadly weapon.
"When a person drives a 2,000-pound-plus motor vehicle intentionally onto a sidewalk, killing and injuring scores of people, that's murder," Wolfson said.
Authorities said people jumped on a car and banged on its windows as it plowed through pedestrians on a sidewalk.
Clark County Sheriff Joe Lombardo told reporters Monday that 24-year-old Lakeisha N. Holloway wouldn't stop and it appeared from video that it was an intentional act. Her 3-year-old daughter was in the car but wasn't injured.
He says that after striking more than two dozen people, Holloway drove to a hotel and told a valet to call 911 after explaining what she had done.
Lombardo says police believe she had a falling out with the father of her child before the crash.
A drug recognition expert on the scene determined Holloway was under the influence of a "stimulant," but blood test results are pending.
He says Holloway was believed to be from Oregon and had been in Las Vegas for about a week. He says investigators believe she was homeless and living in the car.
Clark County Coroner John Fudenberg said that 32-year-old Jessica Valenzuela of Buckeye, Arizona, died in the crash. The coroner said the suburban Phoenix woman was visiting Las Vegas with her husband. A cause of death is pending, with an autopsy scheduled Monday.
Associated Press 2015