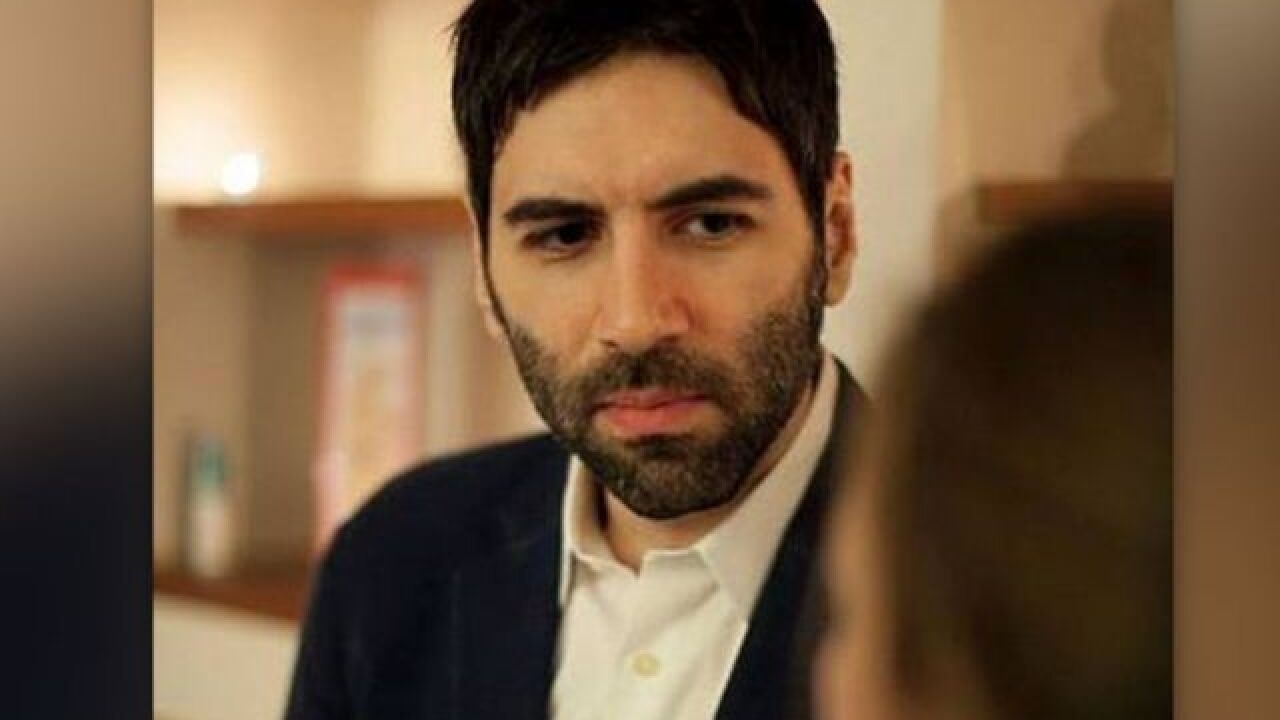 A man who believes rape should be legalized canceled meetups that were supposed to be held this weekend in dozens of cities around the world, including in San Diego.

Author/blogger Daryush "Roosh V" Valizadeh has previously stated that rape should be made legal if committed in a private home. He announced that on Feb. 6, his Return of Kings group would hold gatherings in 165 cities in 43 countries at 8 p.m. local time.

The Roosh V website listed the cities, including two meetups that were to take place in San Diego:

-- Corner of 16th & Broadway, in parking lot of the Goodwill
-- The Village at Pacific Highlands Ranch. Meet in front of The Baked Bear Shop

A "special phrase" protocol for entry to the meeting was also included in the announcement.

However, late Wednesday afternoon, Valizadeh announced that he decided to cancel all Return of Kings meetups:

"I can no longer guarantee the safety or privacy of the men who want to attend on February 6, especially since most of the meetups can not be made private in time. While I can't stop men who want to continue meeting in private groups, there will be no official Return Of Kings meetups. The listing page has been scrubbed of all locations. I apologize to all the supporters who are let down by my decision."

Word of the meetings spread quickly on social media, and many cities on the Return of Kings list reacted angrily over the potential meetups.

The Village at Pacific Highlands Ranch, one of the San Diego meetup locations, issued this statement on Wednesday afternoon in response:

"We are disappointed that the Village at Pacific Highlands Ranch has been identified as a meeting spot for a vulgar blogger's event. We have nothing to do with the event and we don't want the group anywhere near our property. As the grounds in and around the Village constitute public space, our options for curtailing this event are limited. We have contacted the San Diego Police Department and will have increased security on-site this weekend. We condemn these disgusting and reprehensible people and the disturbing philosophy of the group and its organizers. Pacific Highlands Ranch is a wonderful family-oriented community and discouraging activities like this will continue to keep it as such."

Texas Gov. Greg Abbott, whose state had seven cities on the meetup list, said: "This pathetic group and their disgusting viewpoints are not welcome in Texas. I've spent much of my career protecting women from such vile and heinous acts, and it won't be any different on my watch as Governor."

There has been much discussion on social media about the group advocating "legal" rape, which apparently stems from a blog Roosh V posted a year ago titled, "How to Stop Rape." In the essay, which appears to be meant sarcastically, he argues that if rape were legal on private property then women wouldn't put themselves in compromising positions, such as drinking and engaging in a one-night stand with someone they just met, because there would be no consequences for the man.

The 36-year-old Roosh V wrote on his blog that he has written books containing tips on "picking up girls."

He advocates a macho philosophy that basically argues, "Men and women are genetically different, both physically and mentally. Sex roles evolved in all mammals, Humans are not exempt."

The "elimination of traditional sex roles and the promotion of unlimited mating choice in women unleashes their promiscuity and other negative behaviors that block family formation," he states.

The blog contains multiple posts from its members such as, "7 Ways Feminism is Destroying American Women," and "5 Reasons Why You Should Not Date Indian Girls," in which the author writes, "the average Indian girl has a Coke can physique and bad genes."

NOTE: The video includes an image from Bartek Kucharczyk.