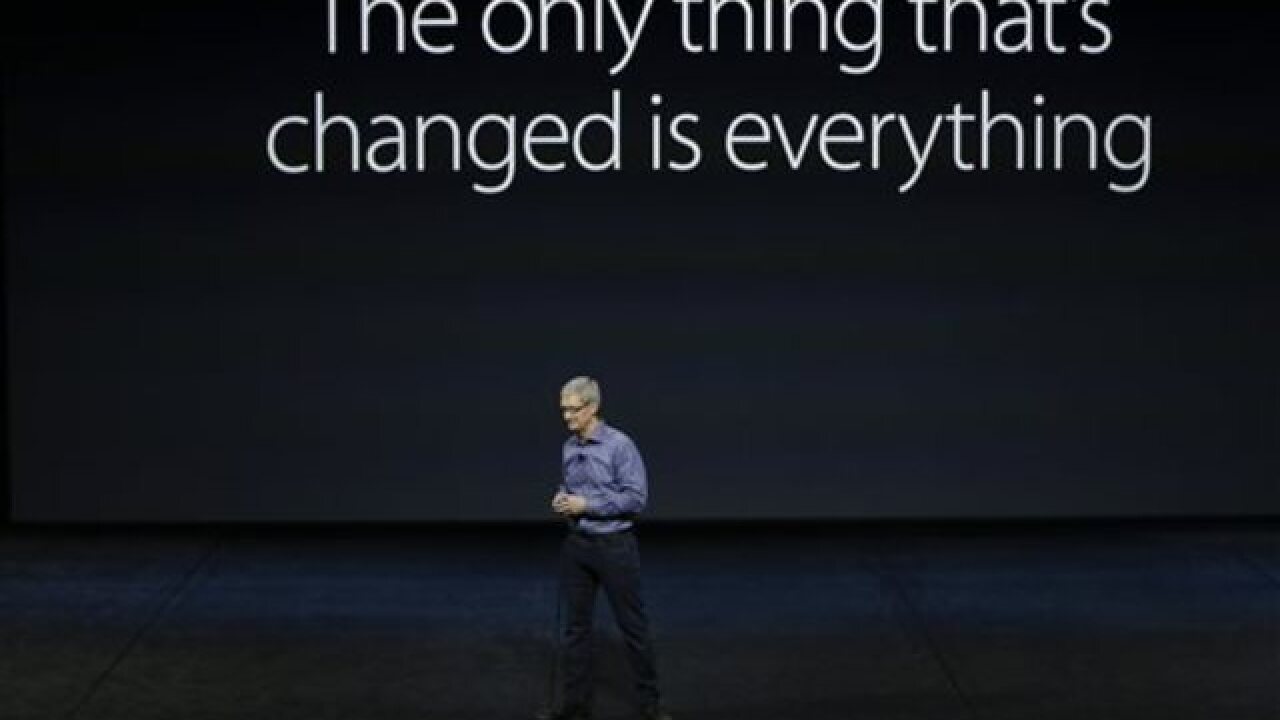 SAN DIEGO -- Rallies will be held at Apple stores across the country Tuesday, including in Mission Valley, to support the company's refusal to help the FBI access the cell phone of a gunman who took part in the killings of 14 people at the Inland Regional Center in San Bernardino.
The group Fight for the Future is behind the national effort, encouraging people to rally at an Apple store at 5:30 p.m. at the Fashion Valley Mall. Other Southern California rallies are planned in Los Angeles and Santa Monica.
"Breaking the security features of our iPhones won't just hurt our privacy, it puts all of our safety at risk," the group proclaims on its website. "Once a backdoor is built, there's no way to ensure it will only be used by the government and law enforcement, and it will eventually leak either by malicious hackers, foreign governments, terrorists or thieves and stalkers to use our data against us."
Federal authorities want Apple to help investigators access data on the iPhone of Syed Rizwan Farook, the man in the husband-wife terror duo that killed 14 people at the Inland Regional Center on Dec. 2.
U.S. Magistrate Judge Sheri Pym, based in Riverside, ordered the company last week to help the FBI access the password-protected phone, but Apple has resisted, saying such a move could compromise the security of all iPhone owners' information.
Apple CEO Tim Cook reiterated that position in a company-wide email Monday.
"This case is about much more than a single phone or a single investigation, so when we received the government's order we knew we had to speak out," Cook wrote. "At stake is the data security of hundreds of millions of law-abiding people, and setting a dangerous precedent that threatens everyone's civil liberties.
" ... Our country has always been strongest when we come together. We feel the best way forward would be for the government to withdraw its demands under the All Writs Acct and, as some in Congress have proposed, form a commission or other panel of experts on intelligence, technology and civil liberties to discuss the implications for law enforcement, national security, privacy and other personal freedoms. Apple would gladly participate in such an effort."
The U.S. Attorney's Office filed court papers in Riverside on Friday seeking an order compelling Apple to comply with Pym's mandate. Federal authorities argue in the court papers that Apple has the technical ability to access Farook's phone data.
San Bernardino County District Attorney Mike Ramos issued a statement today saying his main concern in the dispute is the shooting victims, who "deserve a voice in federal court."
"These are victims who were murdered, terrorized and in some cases, continue to live in fear," Ramos said. "It is our responsibility to assist them. We will continue to speak to them, inform them of the progress of the matter, offer them services and opportunity to be heard. We owe it to them to do everything we can to make sure justice is served."
According to the court papers filed Friday, federal authorities suspect that Farook, 28, may have used the iPhone, which was issued to him by his employer -- San Bernardino County, to communicate with some of the people he and his wife, 27-year-old Tashfeen Malik killed.
"The phone may contain critical communications and data prior to and around the time of the shooting that, thus far has not been accessed, may reside solely on the phone and cannot be accessed by any other means known to either the government or Apple."
Prosecutors also insist that their request will not compromise the data of other iPhone users.
"The order requires Apple to assist the FBI with respect to this single iPhone used by Farook by providing the FBI with the opportunity to determine the passcode," according to the court papers.
"The order does not, as Apple's public statement alleges, require Apple to create or provide a `back door' to every iPhone; it does not provide `hackers and criminals' access to iPhones; it does not require Apple to `hack (its) own users' or to `decrypt' its own phones; it does not give the government `the power to reach into anyone's device' without a warrant or court authorization; and it does not compromise the security of personal information."
Scripps Only Content 2015