Poway's 'Disneyland for discount hunters' to close next year 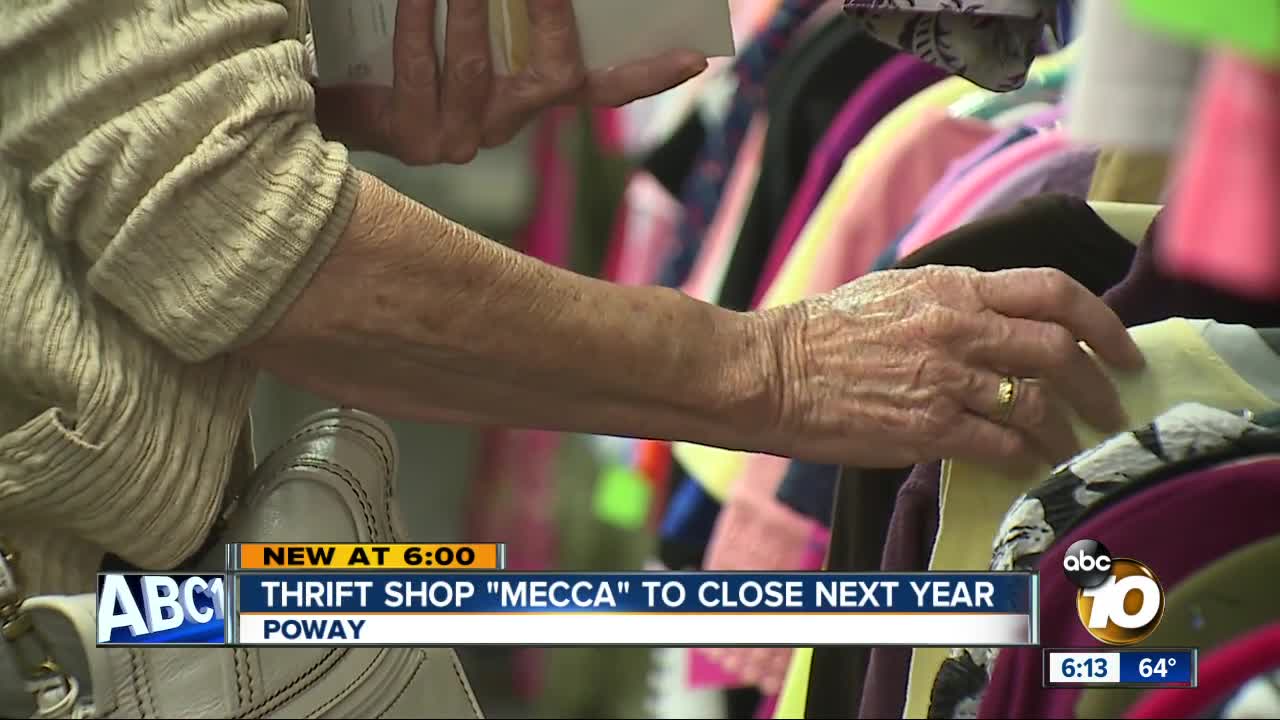 A cluster of ten church-run thrift shops at a Poway shopping center will begin to close early next year. 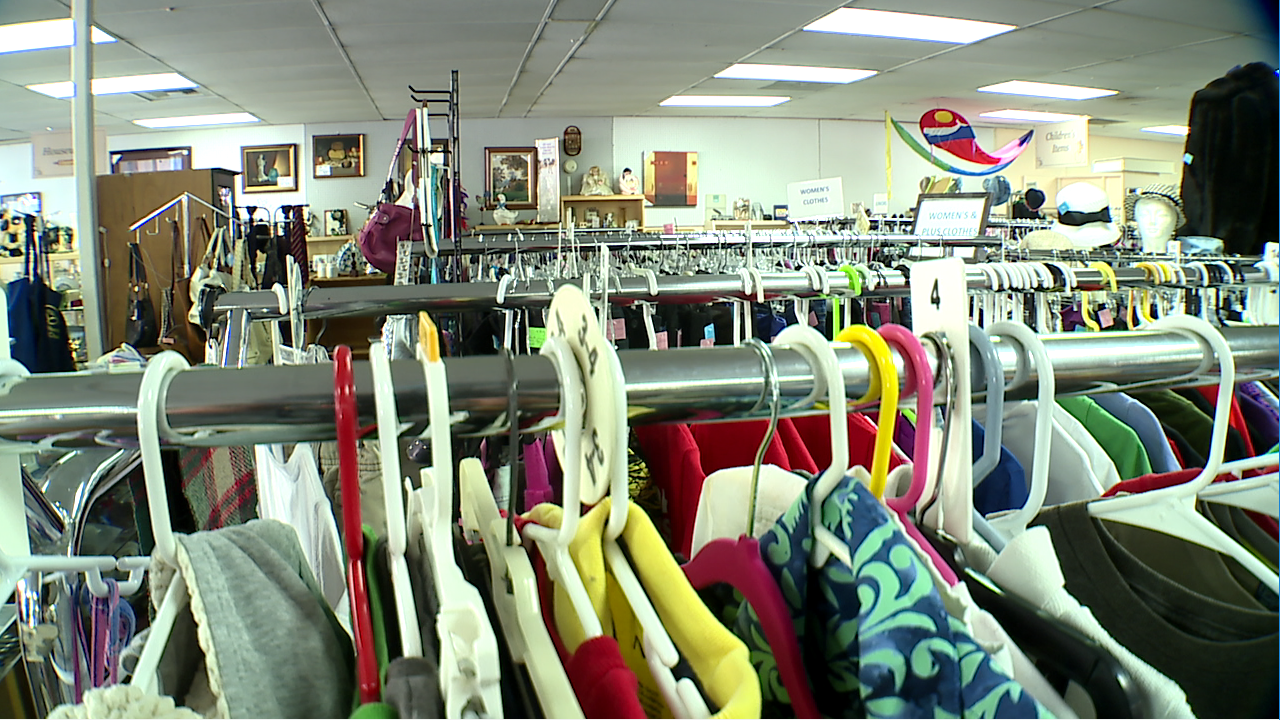 POWAY, Calif. (KGTV) -- A cluster of ten church-run thrift shops at a Poway shopping center, described as a “Disneyland” for discount hunters, will begin to close early next year.

In preparation for redevelopment, the owners of the Carriage Center West Shopping Center near Poway and Carriage roads have informed all the tenants that their leases will expire in 2020.

While some of the stores will move to new locations, at least four of the church-run thrifts are in danger of closing permanently.

“It would take a miracle to find a place that we could afford to move to,” said Marcia Harrod, who has volunteered for 19 years at St. Bartholomew's Thrift Shop.

St. Bart’s has operated a thrift shop for 53 years.

Sumner Rollings, the president of the thrift shop, said a committee of volunteers spent 18 months searching for a new location, without luck.

“The biggest factor has been the cost per square foot of space,” he said.

The shop’s lease will expire in February.

Built in 1974, the Carriage Center is considered a “mecca” for thrift store fans because it offers 10 stores within walking distance, along with restaurants and other service businesses.

“It’s really sad,” said one customer named Tina who said she shops at the Carriage Center weekly. “I’m retired and this is my Disneyland.”

“It’s been an incredible run as far as supporting the outreach of the church, and all good things come to an end,” Rollings said. “Something else will take its place.”