Poway couple pleads guilty to hoarding 170 Yorkies in their home 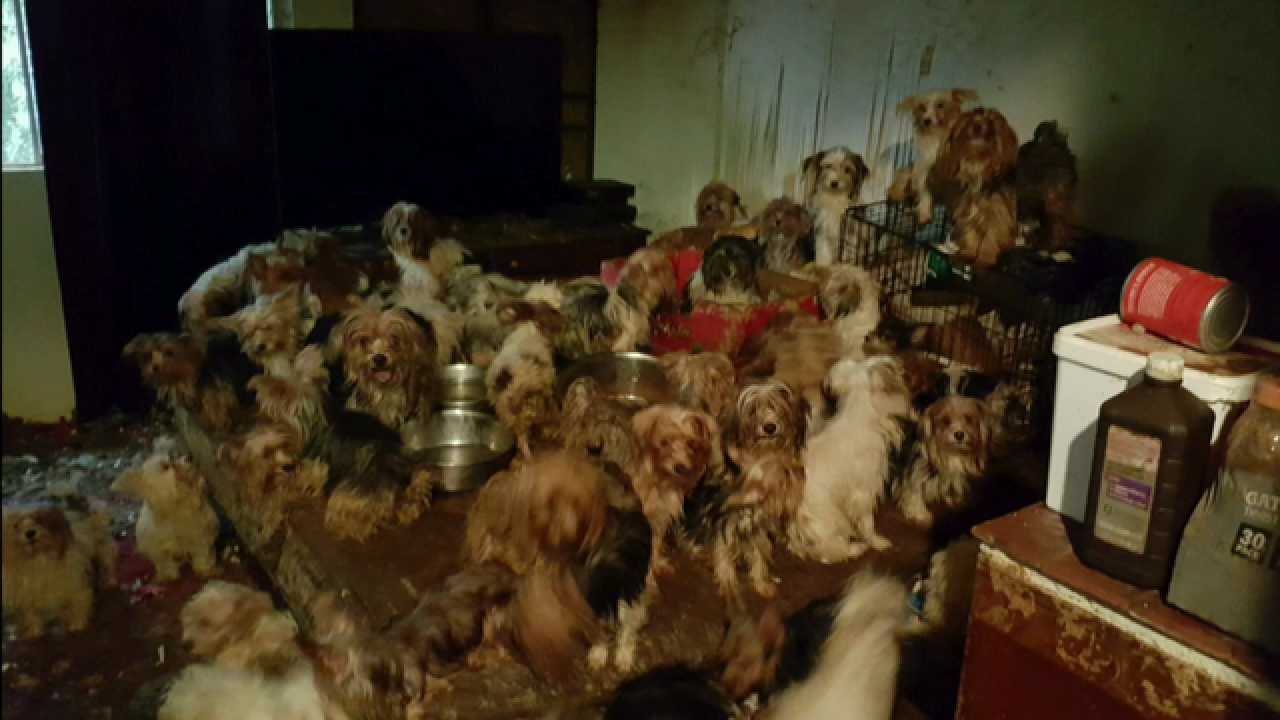 SAN DIEGO (CNS)--A Poway couple who were arrested after more than 170 Yorkshire terrier and Yorkie-mix dogs were found in filthy conditions in their home and other locations pleaded guilty today to a pair of felony animal abuse charges.

Mark Vattimo, 72, and Christine Calvert, 62, will be placed on three years probation when they are sentenced July 11.

As part of their plea agreement, the defendants won't face additional custody, but will have to undergo counseling, will not be allowed to own any pets and will transfer title of a 31-foot motorhome to the Humane Society as restitution in the case.

Vattimo and Calvert can apply to have the felony convictions reduced to misdemeanors after 18 months of successful probation, said Superior Court Judge Kathleen Lewis.

Deputy District Attorney Karra Reedy said the Humane Society got a report in January from a concerned veterinarian about the condition of dogs that were being kept in an unsanitary dark room filled with feces, urine and mice at the defendants' home.

Officials from the Humane Society went to the home but were initially denied entrance, Reedy said. A few days later, they were allowed in and 94 dogs were removed from the defendants' home over six to eight hours, the prosecutor said.

Twenty-nine dogs were subsequently taken from a restaurant the couple owned and nearly 50 dogs were seized from the motorhome when Calvert was arrested in February in Primm, Nevada.

All of the dogs that were seized from the home had health problems, including ear infections and severe matting. It was not clear why the couple had so many dogs in the residence, Reedy said.

"It's just that they (the defendants) had some issues, they got in over their heads, and we believe that this is a good agreement for all," Reedy said. "What's most important is that these pets were saved and got help, and so will these defendants. We want to make sure that nothing like this ever happens again."