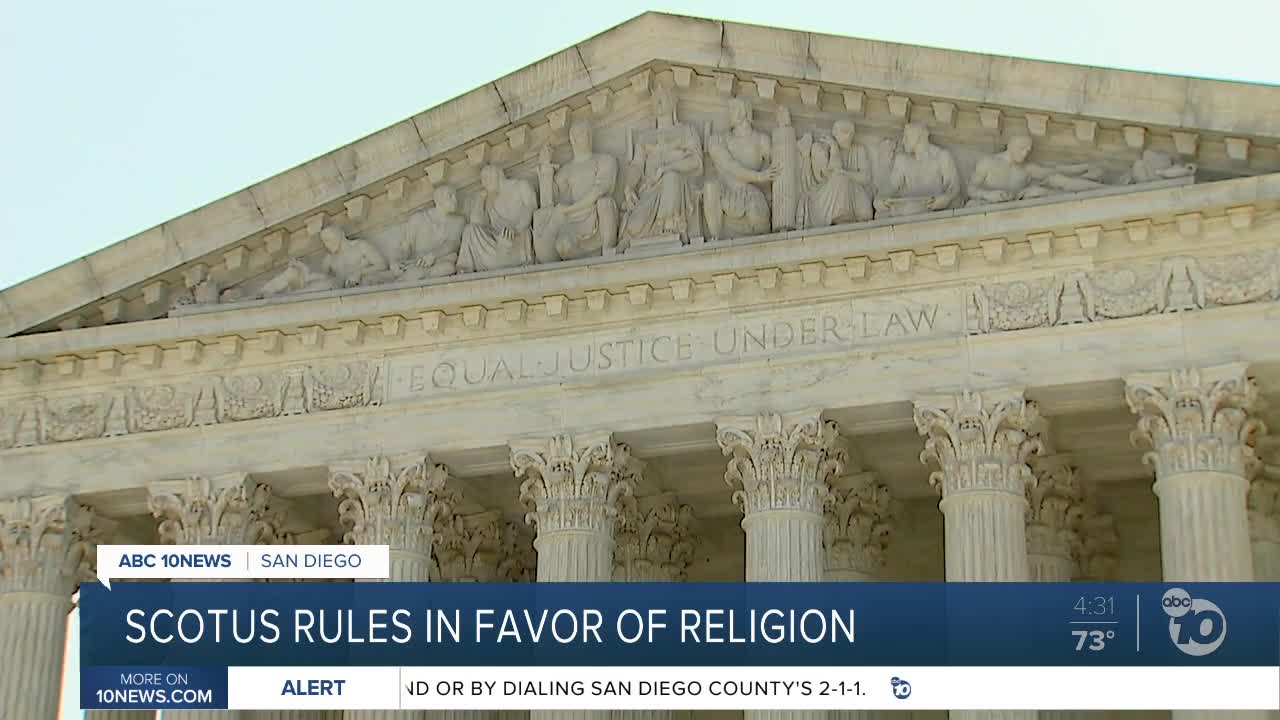 SAN DIEGO (KGTV) - The Supreme Court ruled Wednesday in favor of providing employers the option to opt out of providing free birth control to their staff, based on religious beliefs.

The 7-2 vote was polarizing.

"It's a huge win for religion," Pastor Andy Ballon said.

Pastor Ballon said the vote is a victory because it allows people of faith the freedom to not do something they don't believe in. "We believe that life starts at conception, so we believe we should have the right to chose to not provide or not pay for these contraceptives."

Ballon said women have options to access birth control outside their healthcare plan provided through work.

One of those options is Planned Parenthood.

"We know what [the vote] means. It will have a devastating effect on women trying to plan how they want to live their lives quite frankly," Hicks said.

She explained those plans could involve pursuing higher education or a career.

Hicks said 5.5 million women in California could have to pay if their employers opt out. Hicks said that leaves minorities much more vulnerable, saying many can't afford birth control.

"We are planning on campaigning to encourage those companies still cover access to birth control for women," she said.

Pastor Ballon said it's not a fight against women. "Women play an important role in my life and it's not about taking anybody's rights. It's about protecting the life in the belly of the woman."

He said he has great respect for women.

Hicks responded, "your religious choices can't impede on someone else's decisions to be healthy."

The ruling rolls back 'Obamacare', but could be reversed in a future administration.