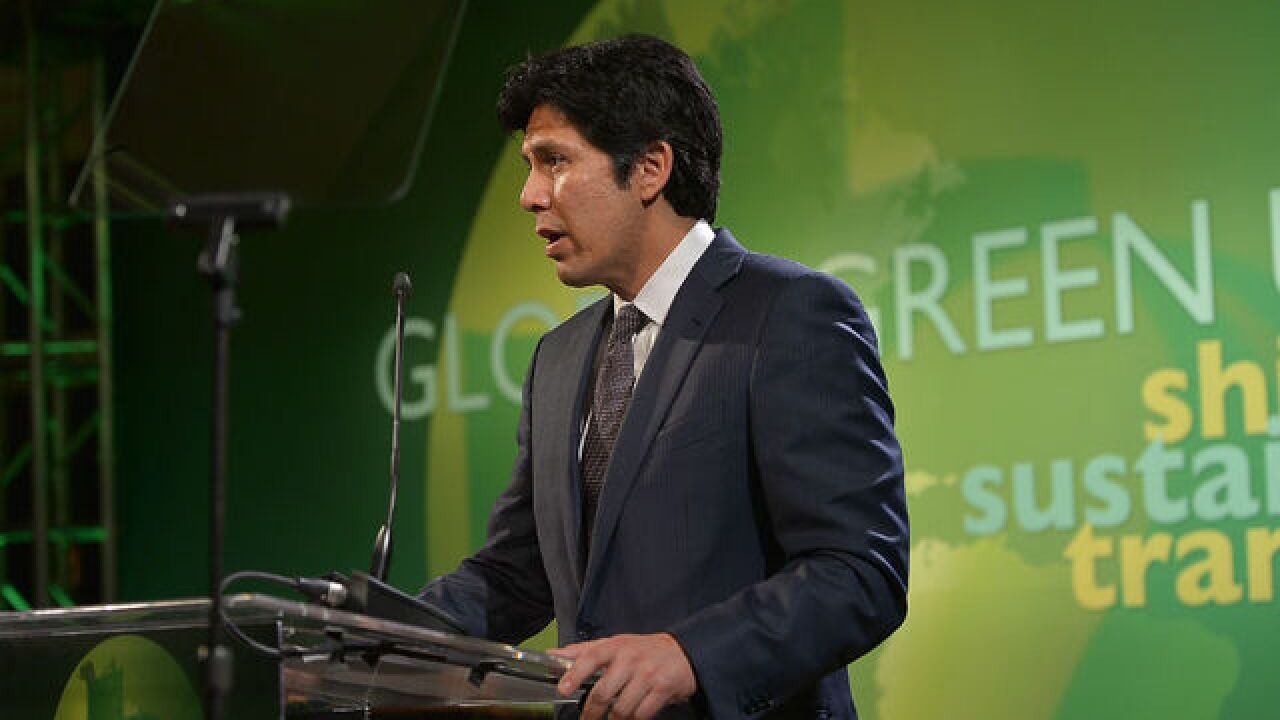 De Leon, 50, would be the first Southern Californian to sit in the Senate in a generation, should he defeat Feinstein, who at age 84 is approaching the end of her third six-year term.

The Democrat is seeking to outflank Feinstein from the left, as she has positioned herself as a centrist. But some more progressive Democrats have noted her skepticism about single-payer health care proposals, and her track record of support for some of President Donald Trump's policies and nominees.

Feinstein raised hackles at a speech last summer, when she said in a speech that opponents should give President Donald Trump "patience" and said he could be a good president if he had the ability to learn and change.

"She worked her hands to the bone cleaning houses to provide for me and I have never forgiven those humble roots." Feinstein Tweeted that she would seek another term last Monday.

The Los Angeles Times noted she is one of the most-powerful senators, with the the institutional power of seniority and the personal wealth to self-fund a statewide campaign, even in the most-expensive campaign state in the country.

On the Republican side, no strong contenders have emerged in California, which is regarded as among the "bluest" Democratic strongholds. Under Proposition 14, passed in 2010, California has a "top-two primary," meaning the two candidates with the most votes from any party will advance from the primary to the general election in 2018.

That raises the possibility of Feinstein and De Leon facing each other twice next year. Should De Leon win, he would be the first Southlander elected to the Senate from the Golden State since San Diego's Peter Wilson won in 1982. Former Anaheim Mayor John F. Seymour was appointed to the Senate when Wilson was elected governor in 1990, but defeated when Feinstein won a special election for the seat in 1992.

Feinstein is a former San Francisco mayor, and the other California senator, Kamala Harris, is also from the Bay Area. Harris replaced Sen. Barbara Boxer, another politician who came up through San Francisco, although she moved to the Coachella Valley in her last Senate term.