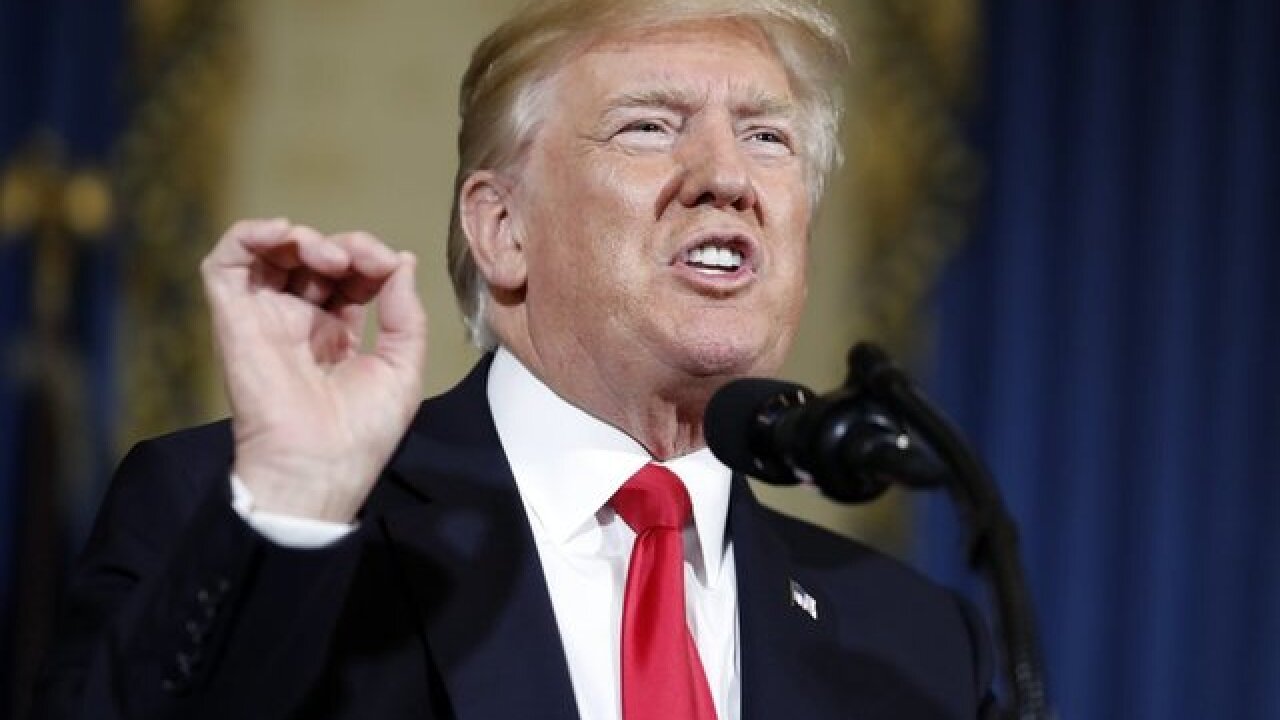 (KGTV) -- President Donald Trump is tweeting a tougher stand against late night television hosts who have been slamming his administration and the Republican party.

The president's rant didn't name a show in particular instead saying that late night television coverage is "one-sided" and argued that Republicans be given "Equal Time," an implicit reference to a Federal Communications Commission rule that political candidates be given equivalent airtime as the opposing candidate when requested.

"Late Night host are dealing with the Democrats for their very 'unfunny' & repetitive material, always anti-Trump! Should we get Equal Time?," Trump tweeted.

He went on to say "More and more people" are demanding that he and his party be given more coverage.

Prime time host Seth Meyers fired back at Trump saying he'd "love" to have him on on his show, "Late Night with Seth Myers."

"Excellent point Mr. President!," tweeted Jimmy Kimmel. You should quit that boring job – I’ll let you have my show ALL to yourself #MAGA."

The "Equal Time" rule states that broadcast stations must provide equivalent airtime or "reasonable access or permit to purchase of reasonable amounts of time" to legally qualified candidates, according to Philip H. Miller’s book Media Law for Producers.

Regularly scheduled newscasts, news interviews shows, live coverage of "bona fide" news events, and a candidate's appearance in a documentary, are exempt and would not have to offer equal time to other candidates for that office.

Although a 2020 re-election bid is inevitable, Trump's call for "Equal Time" wouldn't force late night TV shows to provide more coverage of him as the FCC rules wouldn't apply since he is neither a candidate nor requesting equal time as an opposing candidate.

Late Night host are dealing with the Democrats for their very "unfunny" & repetitive material, always anti-Trump! Should we get Equal Time?

We'd love to have you! Studio located at 15 Penguin Avenue, Antarctica. https://t.co/2MyQTYwecZ

Trump reaches out to Democrats in bid for ‘great’ health law

WASHINGTON (AP) — Trying to revive health care talks, President Donald Trump tweeted Saturday that he had spoken to the Senate’s Democratic leader to gauge whether the minority party was interested in helping pass “great” health legislation.

The answer back: Democrats are willing to hear his ideas, but scrapping the Obama health law is a nonstarter.

Trump’s latest overture to Democrats follows GOP failures so far to fulfill their yearslong promise to repeal and replace the Affordable Care Act despite controlling the White House and Congress since January.

The poorest would get an average tax cut of about $60 a year, according to an analysis by the Tax Policy Center. Middle-income families would get about $300 on average.

WASHINGTON (AP) — In a one-two punch elating religious conservatives, President Donald Trump’s administration is allowing more employers to opt out of no-cost birth control for workers and issuing sweeping religious-freedom directions that could override many anti-discrimination protections for LGBT people and others.

At a time when Trump finds himself embattled on many fronts, the two directives — issued almost simultaneously on Friday — demonstrated the president’s eagerness to retain the loyalty of social conservatives who make up a key part of his base. Leaders of that constituency were exultant.

“President Trump is demonstrating his commitment to undoing the anti-faith policies of the previous administration and restoring true religious freedom,” said Tony Perkins, president of the Family Research Council.

Liberal advocacy groups, including those supporting LGBT and reproductive rights, were outraged.