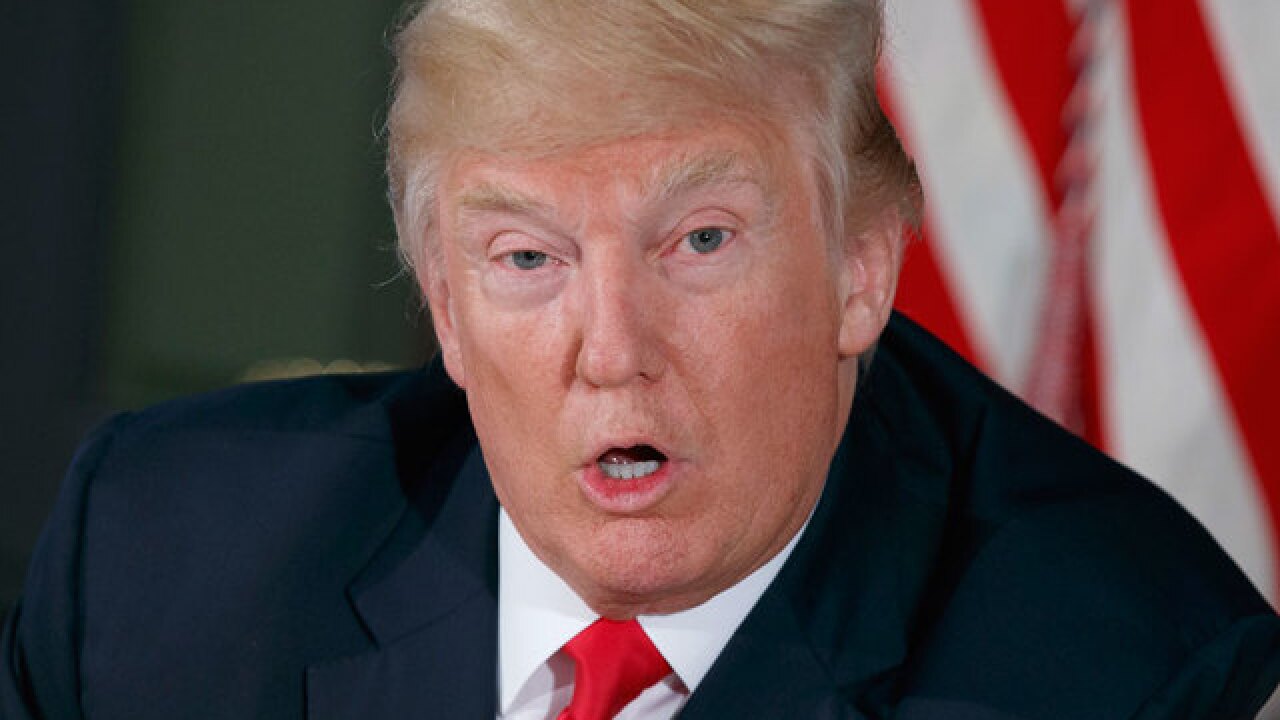 U.S.-North Korea tensions mount as Trump speaks of "fire and fury"
-- Less than 24 hours after President Trump issued a warning to North Korea over its missile testing, North Korean officials countered with threats against Guam, a U.S. territory in the Pacific.

The president addressed North Korea's missile-launch capabilities and possible aggression against the U.S. at his New Jersey golf course, saying: "North Korea had best not make any more threats to the United States. They will be met with fire and fury like the world has never seen."

Hours after Trump's statement it was reported the North Korean military was "examining the operational plan" to strike areas around Guam with medium-to-long-range strategic ballistic missiles.

A spokesman from the Strategic Force of the Korean People's Army warned that recent U.S. military maneuvers -- including an intercontinental ballistic missile test last week and a bomber flight on Monday -- "may provoke a dangerous conflict."

The back-and-forth continued Wednesday morning, with Trump tweeting: "My first order as President was to renovate and modernize our nuclear arsenal. It is now far stronger and more powerful than ever before...." and "...Hopefully we will never have to use this power, but there will never be a time that we are not the most powerful nation in the world!"

The reason for the execution of the warrant was not immediately given, but a spokesperson for Manafort confirmed the action.

JUST IN: Paul Manafort's spokesperson confirms FBI executed a search warrant on one of his homes. https://t.co/6Y7Xe4JRdW pic.twitter.com/NxLjsFcpvC

According to a Washington Post report, the search warrant was executed on July 26 -- one day after Manafort met voluntarily with the staff for the Senate Intelligence Committee. The incident happened without advance warning before dawn, the Post reported.

Using a search warrant, agents entered his home in Alexandria, Virginia, to seize documents and other materials that could be related to Justice Department special prosecutor Robert Mueller's investigation into Russian interference in the 2016 election, according to the Post's report.

Poll shows increased worry among Americans on North Korea
-- A new CNN poll, conducted by SSRS, shows over 60 percent of Americans believe North Korea is a serious threat to the U.S.

Also according to the poll, 77 percent think North Korea is capable of launching a missile that would be able to hit United States soil.

The poll was completed after news reports of North Korean missile tests involving intercontinental ballistic missiles which have the potential to reach the U.S. under the right conditions.