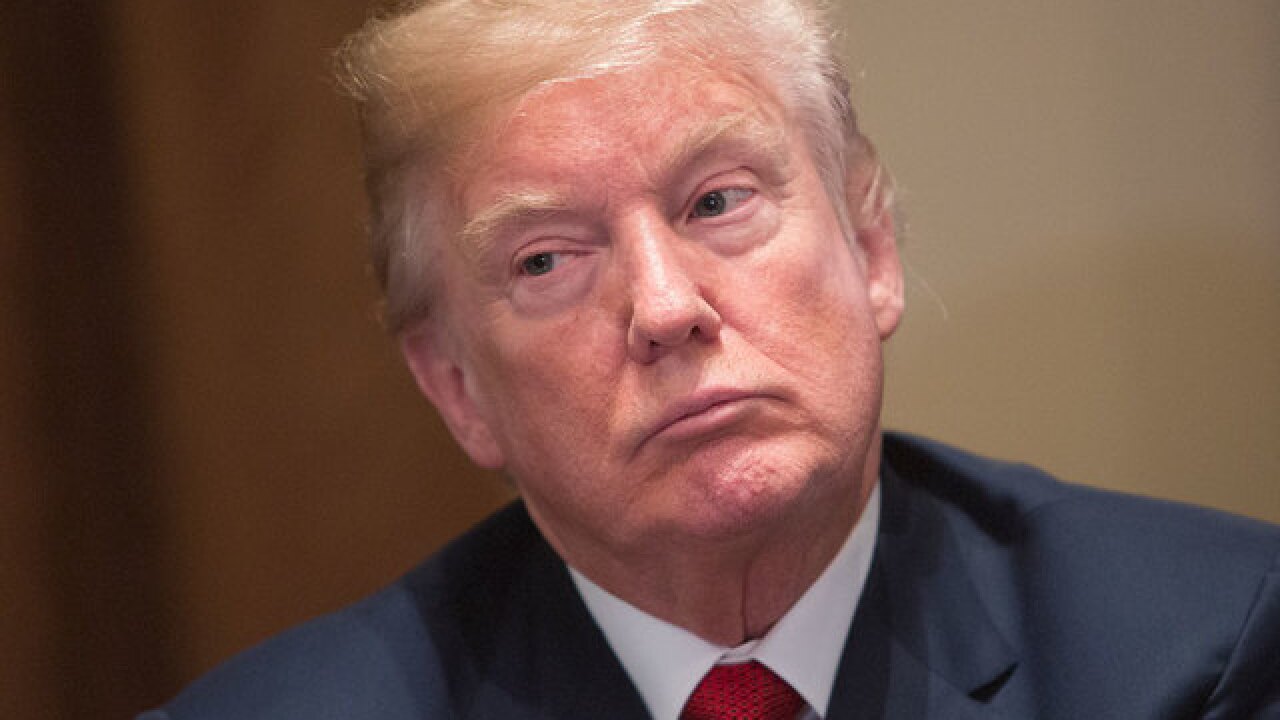 White House: "We are hopeful" about DACA deal by deadline

-- White House Press Secretary Sarah Sanders said the President Donald Trump is committed to the March 5 deadline on a deal for the Deferred Action on Childhood Arrivals program.

"We are hopeful that we will make a deal with Congress and we'll see what happens after that," Sanders said regarding DACA. "Our goal is to try and get something done. We don't want to keep kicking the can down the road."

White House press secretary Sarah Sanders: "We are hopeful that we will make a deal with Congress" on DACA by the March 5 deadline https://t.co/l3CZiqbD1g https://t.co/ntcQgI3vP0

Trump said he would like to see a display of unity and patriotism that would rival Bastille Day in France. He reportedly asked the Pentagon to look into possible dates this year.

A military official told The Washington Post: "The marching orders were: I want a parade like the one in France. This is being worked at the highest levels of the military."

Arranging a parade bigger than Bastille Day would be incredibly expensive, according to The Post, with the price tag ranging in the tens of millions of dollars.

Meanwhile, many on social media responded to Trump's idea and were not on board. Some believed it could look more like public military displays seen in North Korea or Russia.

I have asked the Pentagon to work something up for me based on this concept board I put together pic.twitter.com/5JddWgiyGs

Retired Major General Paul Eaton says @realDonaldTrump's parade idea underscores his authoritarian tendencies, and that our military is not there to be "used and abused" to prop up his image.

President reacts to up-and-down stock market
-- During his presidency, Donald Trump has reveled in the positive gains in the stock market and the economy. However, with the market hitting lows in recent days, the president had not offered an official comment.

Just last week, federal officials touted the thousands of jobs that were created in January and the increase in wages across the board.

One-time Trump adviser says there is no flu season
-- An evangelical minister who once advised President Trump's campaign appeared in a video recently and suggested Christians are immune from the flu.

In a video posted on Facebook, Texas-based minister Gloria Copeland told viewers they should "inoculate themselves with the word of God" instead of getting a flu shot.

She also said, "Jesus himself is our flu shot. He redeemed us from the curse of the flu."

Copeland and her husband, Kenneth, served on Trump's evangelical executive advisory board during the presidential campaign.

Just last week, the Centers for Disease Control and Prevention called this flu season the worst in years. Flu vaccines are in short supply but are available, and medical experts highly recommend those who haven't been vaccinated to get one.