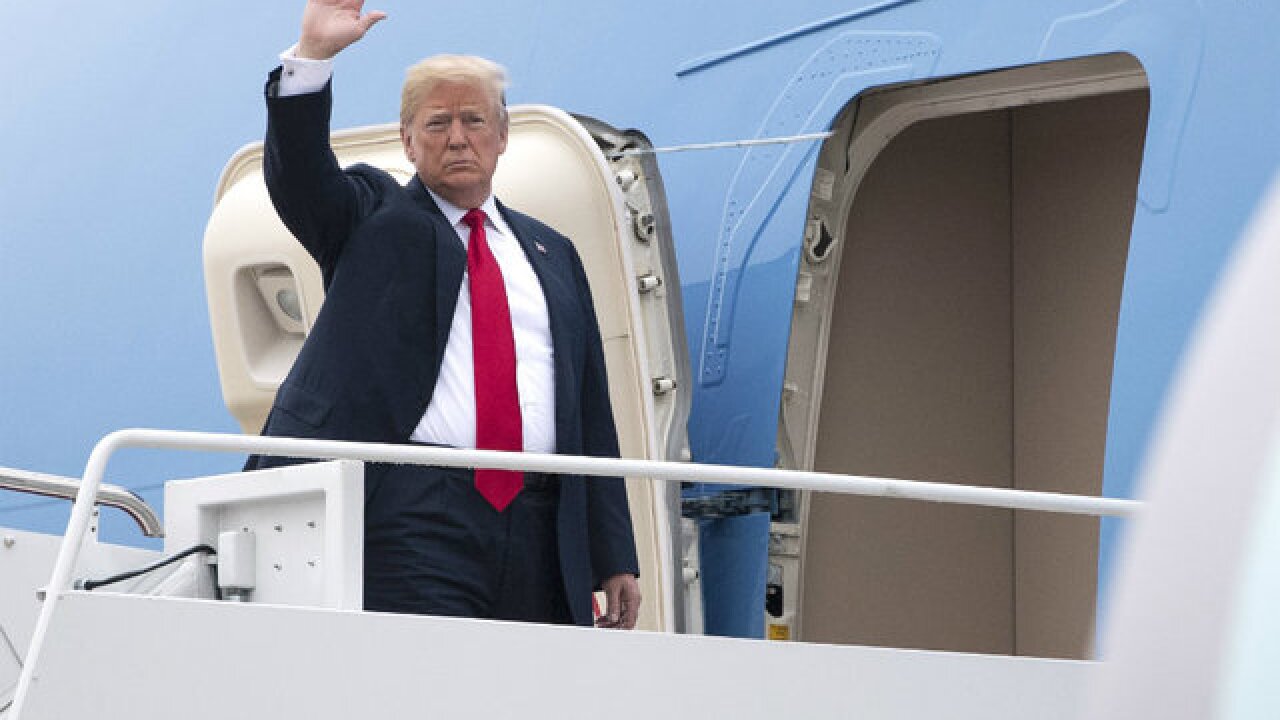 Copyright Getty Images
Kevin Dietsch/Pool
U.S. President Donald Trump waves as he boards Air Force Once as he departs for a day trip to Texas ,May 31, 2018 at Joint Base Andrews, Maryland.

Here's what's making headlines in the political world on May 31, 2018:

Eight students and two teachers were killed in the May 18 shooting. The gunman, identified as a student, was apprehended.

In addition to the meeting with the families, Trump’s Texas trip includes two Republican Party fundraisers.

"Iger, where is my call of apology? You and ABC have offended millions of people, and they demand a response. How is Brian Ross doing? He tanked the market with an ABC lie, yet no apology. Double Standard!" Trump tweeted.

In his Thursday morning Tweet, Trump referred to ABC News reporter Brian Ross, who in December tweeted that Michael Flynn was prepared to testify against Donald Trump. The scare of an impending obstruction of justice charge caused the stock market to temporarily fall.

ABC did apologize for Ross' erroneous reported and suspended the reporter.

"Not that it matters but I never fired James Comey because of Russia! The Corrupt Mainstream Media loves to keep pushing that narrative, but they know it is not true!" Trump tweeted about a half hour after his attack of Iger.

"And in fact, when I decided to just do it, I said to myself, I said, ‘You know, this Russia thing with Trump and Russia is a made-up story. It’s an excuse by the Democrats for having lost an election that they should have won,” Trump said, according to a New York Times transcript of the interview.

Poll shows many think Trump uses Twitter too much
-- In a Morning Consult/Politico survey of nearly 2,000 registered voters, 72 percent who responded believe President Trump spends too much time on Twitter.

"Will be giving a Full Pardon to Dinesh D’Souza today. He was treated very unfairly by our government!" Trump tweeted.

D'Souza pleaded guilty to an illegal campaign contribution charge in 2014. According to Vanity Fair, he was sentenced to five years' probation, community service, eight months in a confinement center and counseling.