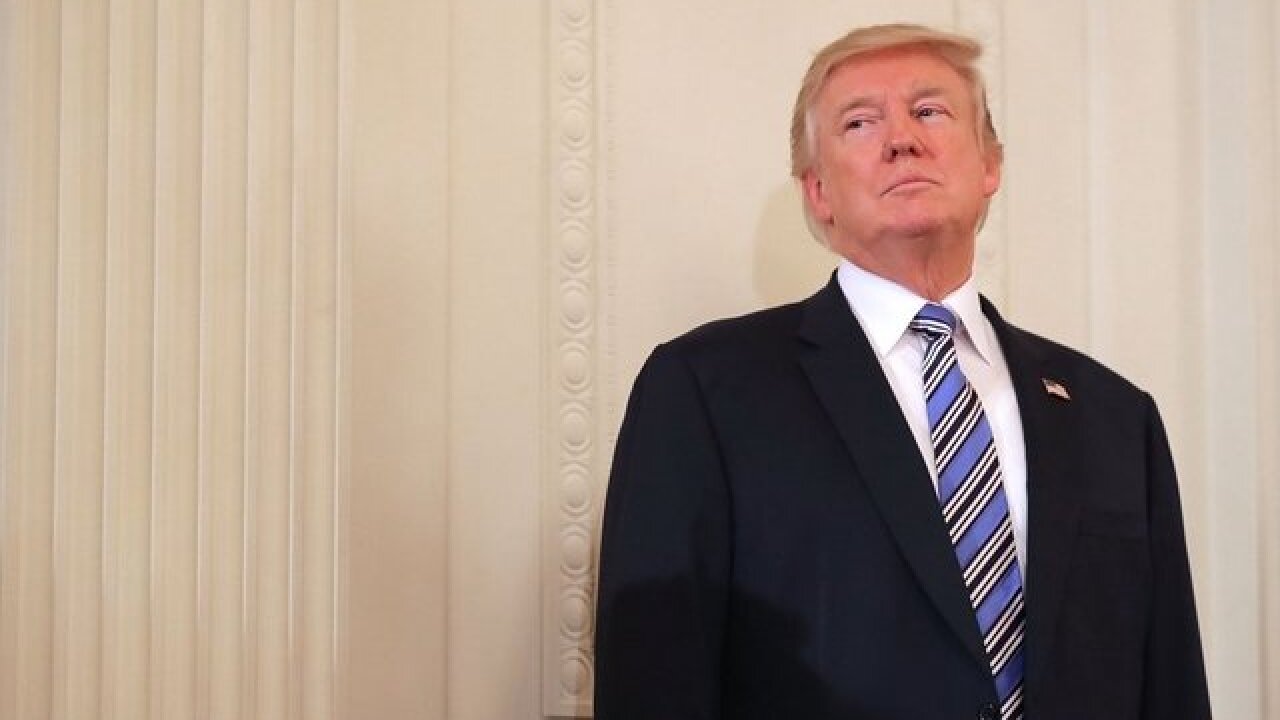 Trump slams Conn. senator, touts strong support system in tweets
-- President Trump, currently working out of his New Jersey estate as the White House undergoes renovations, took to Twitter Monday morning to respond to news regarding his supporters and to call out Democratic Sen. Richard Blumenthal.

In a flurry of morning tweets, Trump addressed a New York Times report on Republicans' plans for the 2020 election: "The failing @nytimes, which has made every wrong prediction about me including my big election win (apologized), is totally inept!"

He followed that with: "The Trump base is far bigger & stronger than ever before (despite some phony Fake News polling). Look at rallies in Penn, Iowa, Ohio......." and "...and West Virginia. The fact is the Fake News Russian collusion story, record Stock Market, border security, military strength, jobs....."

Trump added: "... Supreme Court pick, economic enthusiasm, deregulation & so much more have driven the Trump base even closer together. Will never change!" and "Hard to believe that with 24/7 #Fake News on CNN, ABC, NBC, CBS, NYTIMES & WAPO, the Trump base is getting stronger"

Trump said: "Interesting to watch Senator Richard Blumenthal of Connecticut talking about hoax Russian collusion when he was a phony Vietnam con artist!" and "Never in U.S.history has anyone lied or defrauded voters like Senator Richard Blumenthal. He told stories about his Vietnam battles and...." before concluding with: "...conquests, how brave he was, and it was all a lie. He cried like a baby and begged for forgiveness like a child. Now he judges collusion?"

Blumenthal served in the Marine Corps Reserves during the Vietnam War, but apologized several years ago for stating he had serviced in Vietnam.

Brooke Allen recently tweeted a photo of a response her mother, Liz Whitlow, received from the Office of Barack and Michelle Obama to say congratulations on her wedding.

Soon, others started sharing photos of similar responses they received. It turns out Obama's office responded to wedding invitations throughout his eight years in office.

Chelsea Roden and her wife, Lisa, sent then-President Obama a handwritten invitation to their wedding in 2016.

"I was really grateful for the work his administration did," Roden told CNN. "When we first started dating in 2011, same-sex marriage wasn't even on the table."

She completely forgot about the invitation she mailed to the White House until she got a response back one month before her wedding.

It read: "Congratulations on your wedding day. May this special time be blessed with love, laughter, and happiness. We wish you all the best as you embark on your journey together, and we hope your bond grows stronger with each passing year."