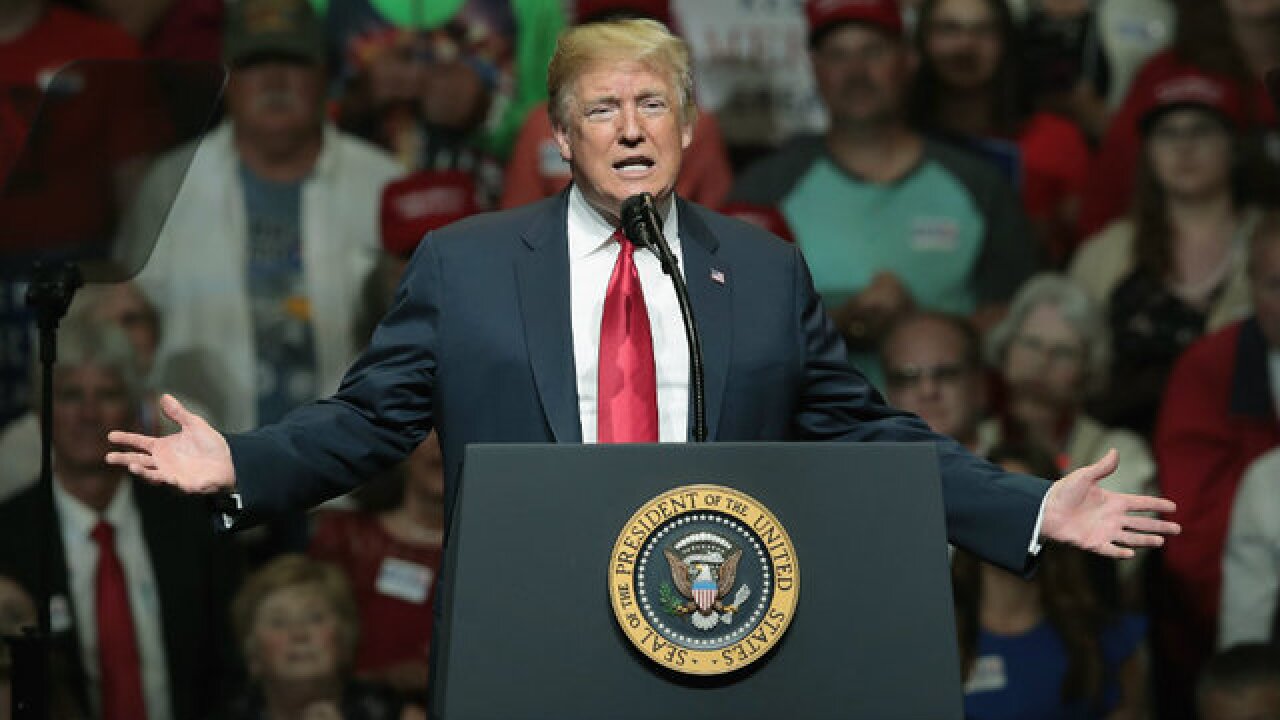 Copyright Getty Images
Scott Olson
President Donald Trump speaks to supporters at a campaign rally on May 10, 2018 in Elkhart, Indiana.

Here's what's making headlines in the political world on May 11, 2018:

Trump to unveil plan on drug prices
-- President Trump is expected to reveal his plan for reducing drug prices, but his proposal will not include direct negotiations with drug companies.

Trump is hoping his “America’s Patients First” plan will not only make prescription medication affordable for all Americans, but also increase competition among drugmakers.

According to experts, the average American spends more than $1,000 per year on prescription drugs.

The president is scheduled to lay out his plan in a Friday morning speech at the White House.

AT&T paid Cohen, President Trump's personal lawyer and fixer, $600,000 through a contract that ended in December 2017.

The payments are now under scrutiny in part because Cohen is under federal investigation.

"To be clear, everything we did was done according to the law and entirely legitimate. But the fact is, our past association with Cohen was a serious misjudgment," Stephenson wrote in a memo to employees.

"In this instance, our Washington D.C. team's vetting process clearly failed, and I take responsibility for that," he added.

In an interview on NPR's "Morning Edition" that was released late Thursday, Kelly was asked whether the special counsel's probe leaves a cloud hanging over the White House.

"It may not be a cloud, but certainly the President is somewhat embarrassed, frankly," Kelly said.

Kelly also seemed to suggest that the Russia investigation affects Trump's relationship with other world leaders.

"When world leaders come in -- you know Bibi Netanyahu who was here and who's under investigation himself -- and it's like you walk in and you know the first couple of minutes of every conversation might revolve around that kind of thing," Kelly said, using the nickname for the Israeli Prime Minister who is under investigation in two separate criminal probes.

Trump blew up at homeland security chief over border security
-- President Donald Trump and Homeland Security Secretary Kirstjen Nielsen got into a lengthy, heated argument during a Cabinet meeting focused on immigration Wednesday, a source with knowledge of the blowup told CNN.

Trump was furious with Nielsen, telling her he didn't think she was doing enough to secure the border. But Nielsen maintained her ground, citing the law in certain instances, the source said.

A separate White House official confirmed that Trump exploded over immigration in front of the Cabinet. The official described the remarks as "angry and heated" but also as fairly typical for Trump on this issue.

The New York Times first reported on the blowup, saying Trump berated Nielsen to the point she told colleagues she was close to resigning after the incident.