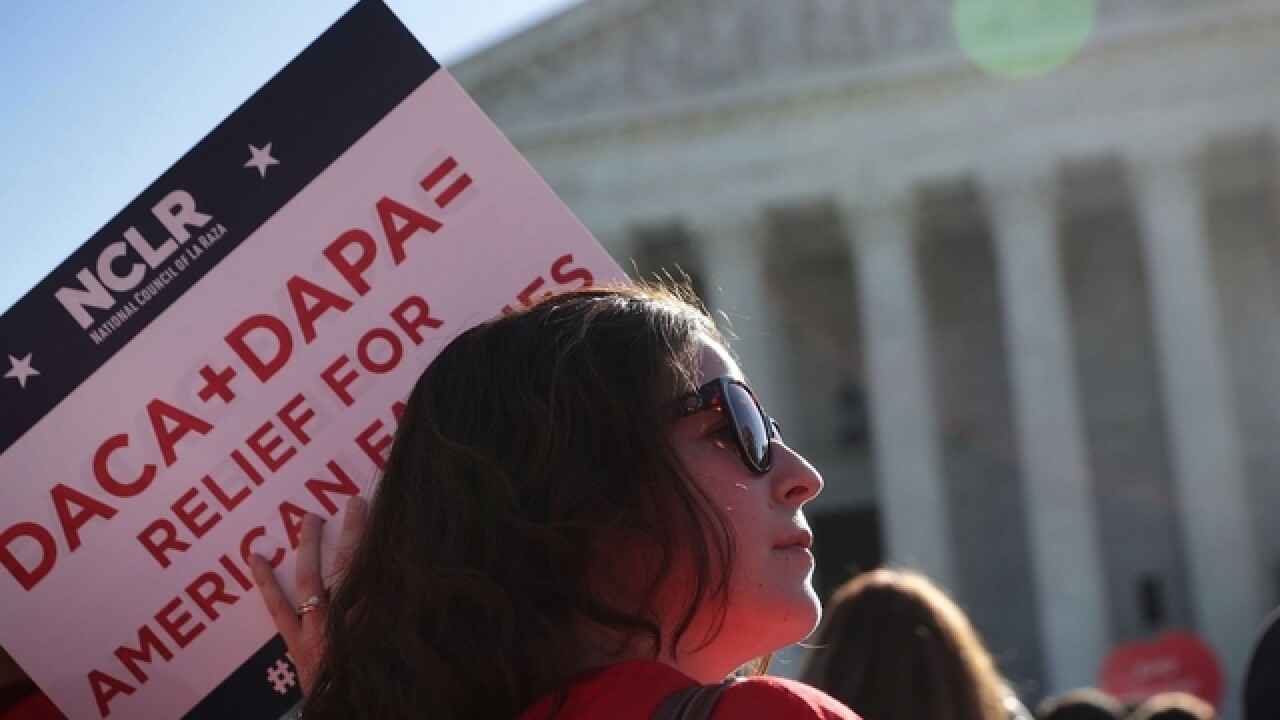 In a Tuesday morning announcement, Attorney General Jeff Sessions said the DACA program was being "rescinded" and told reporters, "We cannot admit everyone who would like to come here ... all cannot be accepted."

While Sessions said ending DACA "does not mean they're bad people, or that our nation disrespects or demeans them in any way," he added, "The nation must set and enforce a limit on how many immigrants we admit each year."

Attorney General Jeff Sessions says that the DACA program is being rescinded https://t.co/0pSyGE2TAp

Following the announcement, former President Barack Obama took to Facebook to offer his comments on the decision.

DACA prevents deportation for 800,000 young people brought to the U.S. as children, who have no criminal record, and have been here for at least 10 years.

The administration's decision will likely place more pressure on Congress as it heads back to work following its summer recess. A tweet by the president early Tuesday morning seemingly put DACA into congressional leaders' hands.

Congress, get ready to do your job - DACA!

In addition to DACA, Congress will have to raise the debt ceiling, ensure government funding beyond the end of the month, renew key federal programs and come up with an aid package to deal with the devastation of Hurricane Harvey.

Trump says U.S. will sell weapons to Japan, South Korea
-- As tensions with North Korea continue to mount, President Trump said he is allowing Japan and South Korea to purchase military weapons from the U.S.

I am allowing Japan & South Korea to buy a substantially increased amount of highly sophisticated military equipment from the United States.

Putin: Trump "not my bride, and I'm not his groom"
-- Russian President Vladimir Putin answered some questions about President Trump at a news conference in China Tuesday, with one response raising a few eyebrows.

Putin said he did not wish to comment on U.S. politics when asked about the American president's future.

However, he said Trump is "not my bride, and I'm not his groom," in response to a question about his relationship with Trump and some of the recent decisions he has made.