DC Daily: Trump tells DACA recipients they 'have nothing to worry about' 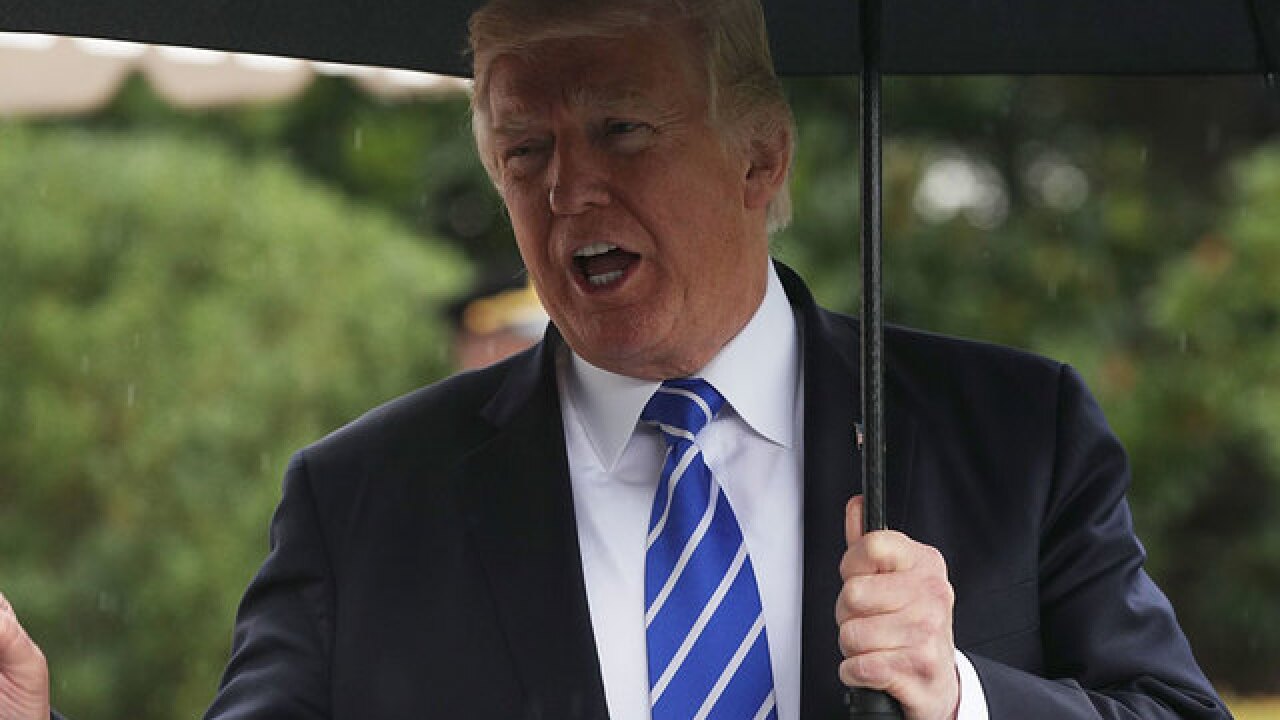 Copyright Getty Images
Alex Wong
President Donald Trump speaks to the media prior to his departure from the White House September 6, 2017 in Washington, D.C.

Trump has reassuring message for DACA recipients
-- President Trump tweeted Thursday that those under the DACA program "have nothing to worry about" -- two days after his administration announced the Obama-era program would be rescinded.

For all of those (DACA) that are concerned about your status during the 6 month period, you have nothing to worry about - No action!

The AP, citing an anonymous Democratic aide, reported Pelosi told fellow Democrats at a Thursday morning meeting that she spoke to the president by phone and asked him to tweet the reassuring statement.

The president's tweet comes after the Deferred Action for Childhood Arrivals program was put to an end on Tuesday, fulfilling one of Trump's campaign promises. The administration put in place a six-month delay to allow time for Congress to put together a legislative solution.

The DACA program protects nearly 800,000 young undocumented immigrants -- brought to the U.S. as children -- from deportation. The program also allowed recipients the ability to work and study in the U.S.

After the announced end of DACA, Trump took to Twitter to call on Congress to handle the issue, saying: "Congress now has 6 months to legalize DACA (something the Obama Administration was unable to do). If they can't, I will revisit this issue!"

Facebook says it sold ads to Russian troll farm during 2016 election
-- Facebook told congressional investigators Wednesday that it sold political ads during the 2016 U.S. presidential election to a so-called Russian troll farm that was looking to target American voters.

"In reviewing the ads buys, we have found approximately $100,000 in ad spending from June of 2015 to May of 2017 -- associated with roughly 3,000 ads -- that was connected to about 470 inauthentic accounts and Pages in violation of our policies," Facebook Chief Security Officer Alex Stamos said in a statement.

The revelation, first reported by the Washington Post, comes amid ongoing investigations into Russia's interference in the U.S. election, including the use of social media to spread fake news and propaganda.

Mnuchin: North Korea sanctions order ready for Trump to sign
-- Treasury Secretary Steve Mnuchin has prepared an executive order that would allow President Trump to sanction any country that continues to trade with North Korea if the United Nations doesn't pass broad new sanctions under consideration, he said.

"I have an executive order prepared that's ready to go to the President that would authorize me to stop doing trade, put sanctions on anybody that does trade with North Korea, and the President will consider that at the appropriate time once he gives the UN time to act," Mnuchin said while speaking with reporters on Air Force One.

Earlier Wednesday, the U.S. proposed a resolution at the UN that would include broad new sanctions on North Korea and freeze the assets of leader Kim Jong Un in the wake of global concern over the rogue nation's nuclear weapons tests.

Details on Trump's Harvey donation emerge
-- President Trump's promised $1 million donation to Hurricane Harvey relief will go to several charities involved in the effort, including the American Red Cross, Habitat for Humanity and the Salvation Army.

According to the White House, the $1 million will be a "personal" donation, and not from the Trump Organization or Trump Foundation.

CNN and the Associated Press contributed to this report