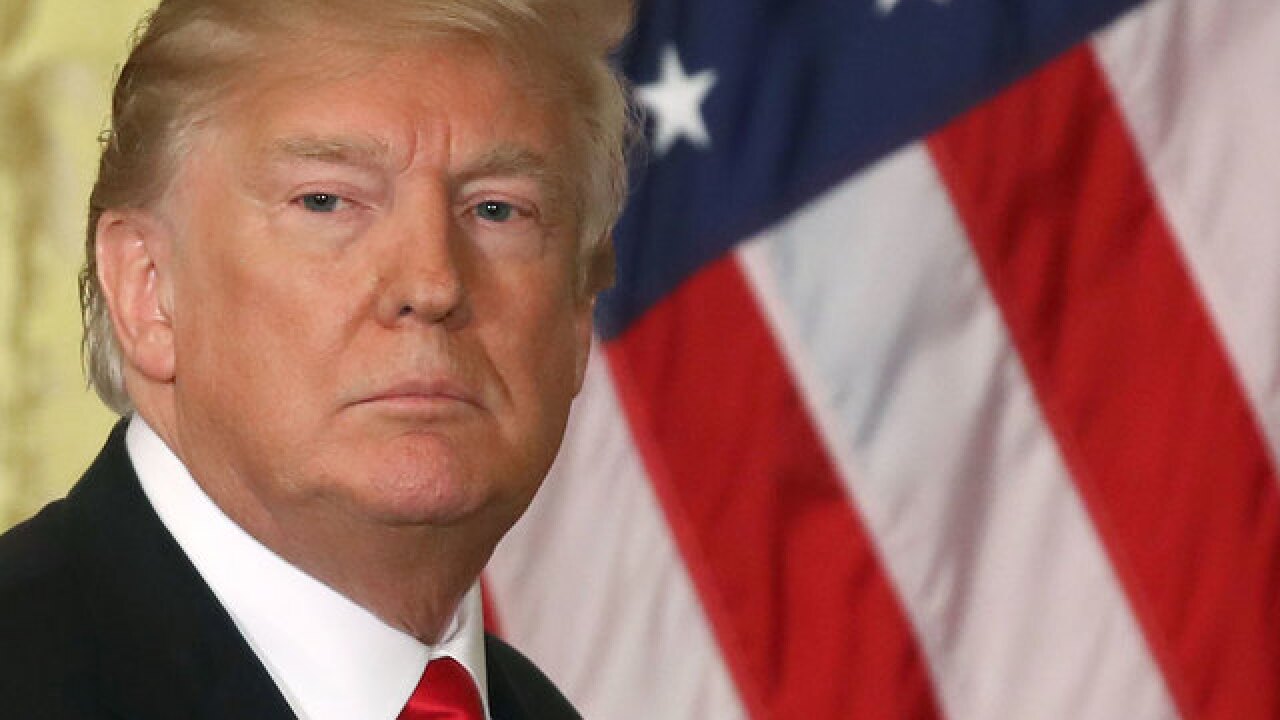 Copyright Getty Images
Mark Wilson
President Donald Trump walks away after a news conference with Prime Minister Erna Solberg of Norway in the East Room at the White House, on January 10, 2018 in Washington, DC.

Trump tweeted Thursday morning: "'House votes on controversial FISA ACT today.' This is the act that may have been used, with the help of the discredited and phony Dossier, to so badly surveil and abuse the Trump Campaign by the previous administration and others?"

However, he later seemed to backtrack from his initial tweet: "With that being said, I have personally directed the fix to the unmasking process since taking office and today’s vote is about foreign surveillance of foreign bad guys on foreign land. We need it! Get smart!"

Section 702 of the FISA Act allows intelligence agencies to gather information via surveillance on foreign targets. It is scheduled to expire on January 19.

Trump continues attacks on Clinton
-- Over a year after his victory, President Trump is continuing his attacks on 2016 election opponent Hillary Clinton.

Trump took to Twitter Thursday and referenced Clinton as he spoke on the ongoing Russia investigation.

Disproven and paid for by Democrats “Dossier used to spy on Trump Campaign. Did FBI use Intel tool to influence the Election?” @foxandfriends Did Dems or Clinton also pay Russians? Where are hidden and smashed DNC servers? Where are Crooked Hillary Emails? What a mess!

On Wednesday, the president mentioned his former rival three times while taking questions with Norwegian Prime Minister Edna Stolberg, referring to the former secretary of state as "my opponent."

"I am for the strongest military that the United States ever had. Putin can't love that. But Hillary was not for a strong military, and Hillary, my opponent, was for windmills. And she was for other types of energy that don't have the same capacities at this moment, certainly," he said in the White House East Room.

In new Quinnipiac Poll, 66% of people feel the economy is “Excellent or Good.” That is the highest number ever recorded by this poll.

Trump says meeting with Mueller "unlikely"
-- President Trump appears to be changing his tune regarding an interview with Special Counsel Robert Mueller on the Russia investigation.

Trump told reporters Wednesday "we'll see what happens" when asked about speaking with Mueller, also adding, "It seems unlikely that you would even have an interview."

Mueller and his team have been reportedly preparing to request an interview with the president, and Trump has previously said he would be willing to meet with investigators.

White House ban on cell phones to begin next week
-- The White House ban on staffers using personal cellphones in the West Wing will go into effect next Tuesday, according to an internal memo sent Wednesday by chief of staff John Kelly.

The new policy includes "all portable electronic devices" not issued or authorized by the White House from "being carried into or otherwise possessed" in the West Wing from 6 a.m. to 8 p.m. Monday through Friday, regardless of whether they are turned off. The memo, a copy of which was viewed by CNN, advises staffers to leave their phones at home, in their vehicles or inside lockers near the West Wing lobby.

"This policy is to protect White House information technology infrastructure from compromise and sensitive or classified information from unauthorized access or dissemination," according to the memo.