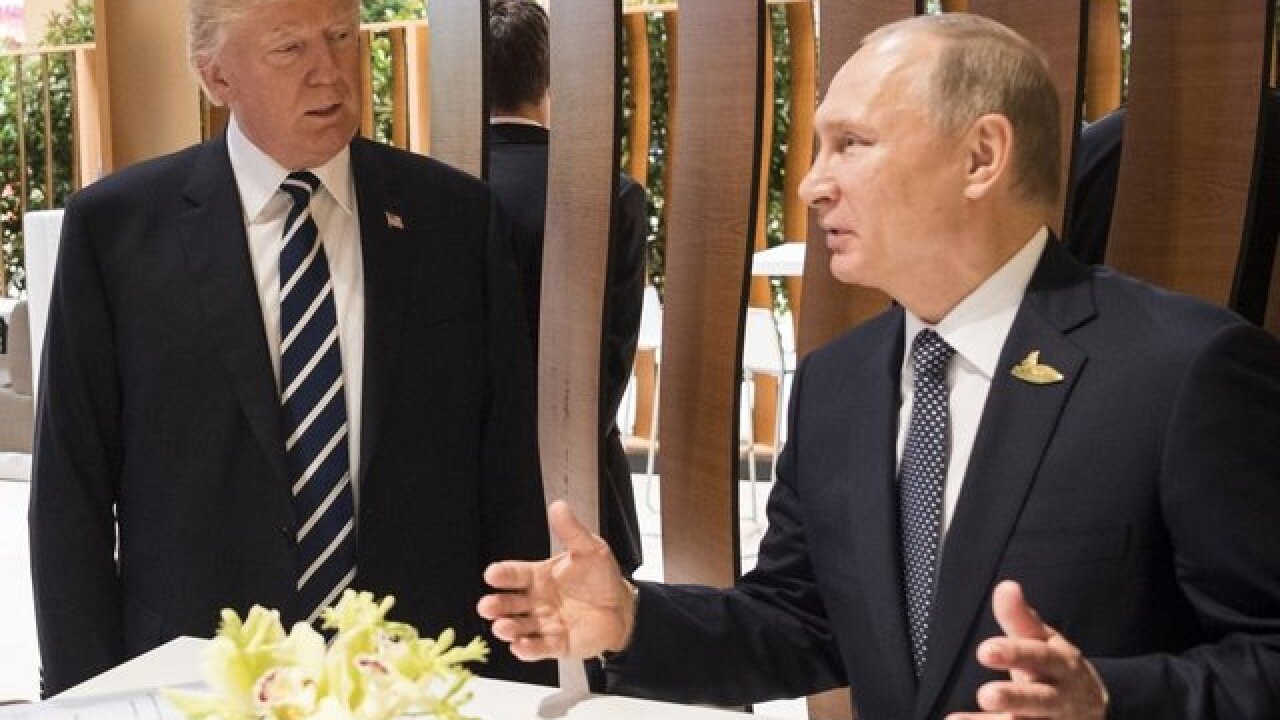 President signs Russia sanctions as election meddling punishment
-- New sanctions have been levied against Russia, thanks to a bill President Trump signed into law on Wednesday.

The bill, unanimously approved by Congress last week, is said to be a form of punishment against Russia for alleged meddling in the 2016 election, a White House official said.

Additionally, the new law will also prevent the president from lifting or easing sanctions put into place against Russia.

After Congress approved the bill last week, Russian government officials ordered the U.S. to reduce the number of diplomats and personnel working in the country. Russia is also restricting the U.S. Embassy's use of a storage facility in Moscow and a house in Serebryany Bor.

Russia has denied any involvement in the 2016 election.

NJ Sen. Booker introduces bill to legalize pot across U.S.
-- A bill introduced in the Senate Tuesday would legalize marijuana throughout the United States and establish a fund to reinvest in communities touched by drugs.

The bill, introduced by New Jersey Sen. Cory Booker, would remove marijuana from the list of Schedule I drugs from the Controlled Substances Act, provide a process for re-sentencing of those convicted of federal marijuana crimes and prevent the deportations of illegal aliens for marijuana offenses.

The list of eight confirmations included Richard Spencer to be Secretary of the Navy and Ellen Lord to be the Undersecretary of Acquisition, Technology and Logistics.

There are 53 total Senate-confirmable politically appointed positions at the Department of Defense. Tuesday's vote brings the confirmed total to 15.

Senate confirms Trump's pick for FBI Director
-- The Senate voted overwhelmingly Tuesday to confirm Christopher Wray to be the new FBI director. The vote was 92-5.

Wray succeeds James Comey, who was fired by President Donald Trump ostensibly for his handling of the investigation into Hillary Clinton's email practices, though the President later said he had the Russia investigation on his mind when he axed Comey.

Wray, who is now a private lawyer, was a top Justice Department official during the George W. Bush administration. He was recommended unanimously by the Senate Judiciary Committee on July 20.