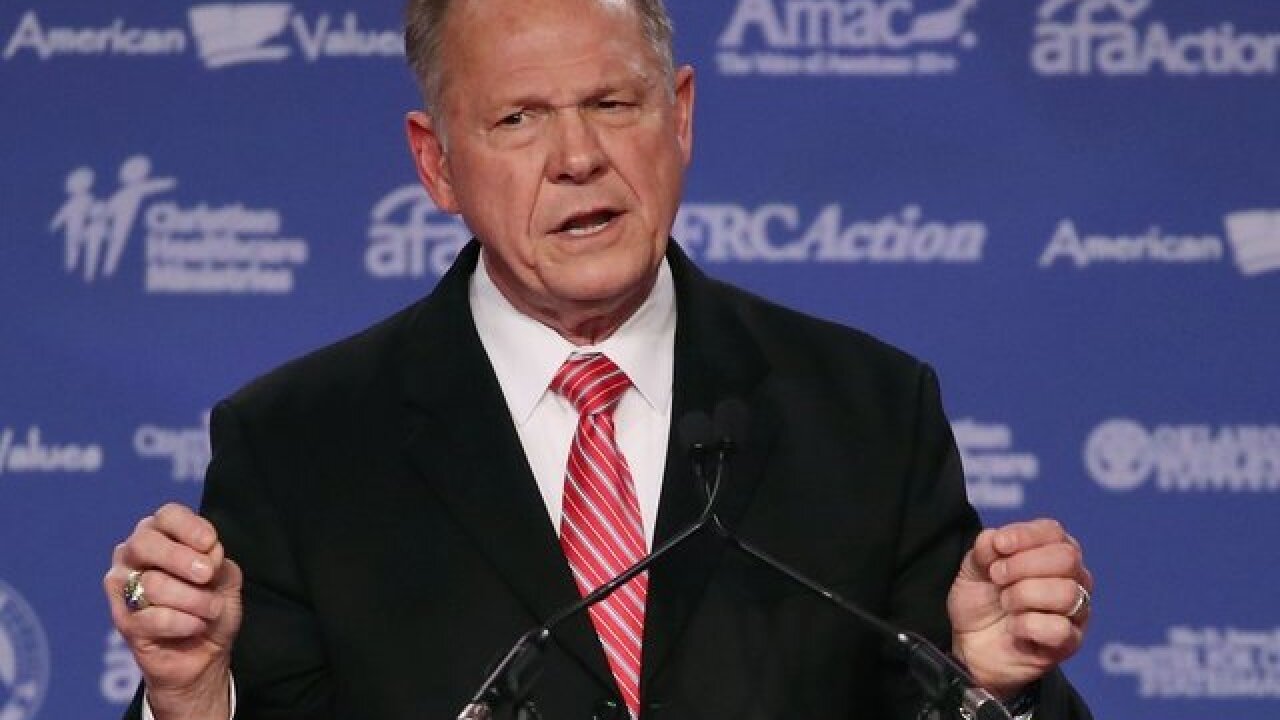 The Alabama judge faces numerous sexual misconduct allegations involving underage females and has been called upon to withdraw his candidacy by many, including McConnell, the Republican out of Kentucky.

Moore tweeted this message to McConnell on Wednesday night: "Dear Mitch McConnell, Bring. It. On."

McConnell did not respond immediately to the challenge, but many across the internet weighed in -- specifically pointing out Moore's "bring it on" message.

Many cited the 2000 high school cheerleading film "Bring It On" in response to Moore's tweet.

"Bring It On" was a movie about teen cheerleaders. You might want to start choosing your words more carefully @MooreSenate. https://t.co/aylhXkvhyr

What movie do you want to watch on our sleepover?

Peyton Reed, who directed the 2000 film, also reacted: "Dear @MooreSenate, You're not allowed to use the name of my cheerleader movie, you [expletive] pedophile."

Trump tweeted Thursday morning: "To the three UCLA basketball players I say: You're welcome, go out and give a big Thank You to President Xi Jinping of China who made your release possible and, HAVE A GREAT LIFE! Be careful, there are many pitfalls on the long and winding road of life!"

In their first public comments since returning to the U.S., players Jalen Hill, LiAngelo Ball and Cody Riley each apologized for the incident and thanked Trump for his role in securing their release.

Trump had said he asked Chinese President Xi to intervene in the players' case.

Rubio mocks Trump's mid-speech water-sipping form
-- Sen. Marco Rubio had a chance at payback Wednesday, when President Trump noticeably sipped from a water bottle multiple times during a speech -- a move Trump had mocked Rubio for during the 2016 campaign.

"Similar, but needs work on his form. Has to be done in one single motion & eyes should never leave the camera. But not bad for his 1st time," Rubio tweeted Wednesday afternoon, linking to a video of Trump stopping mid-speech to look for his water bottle.