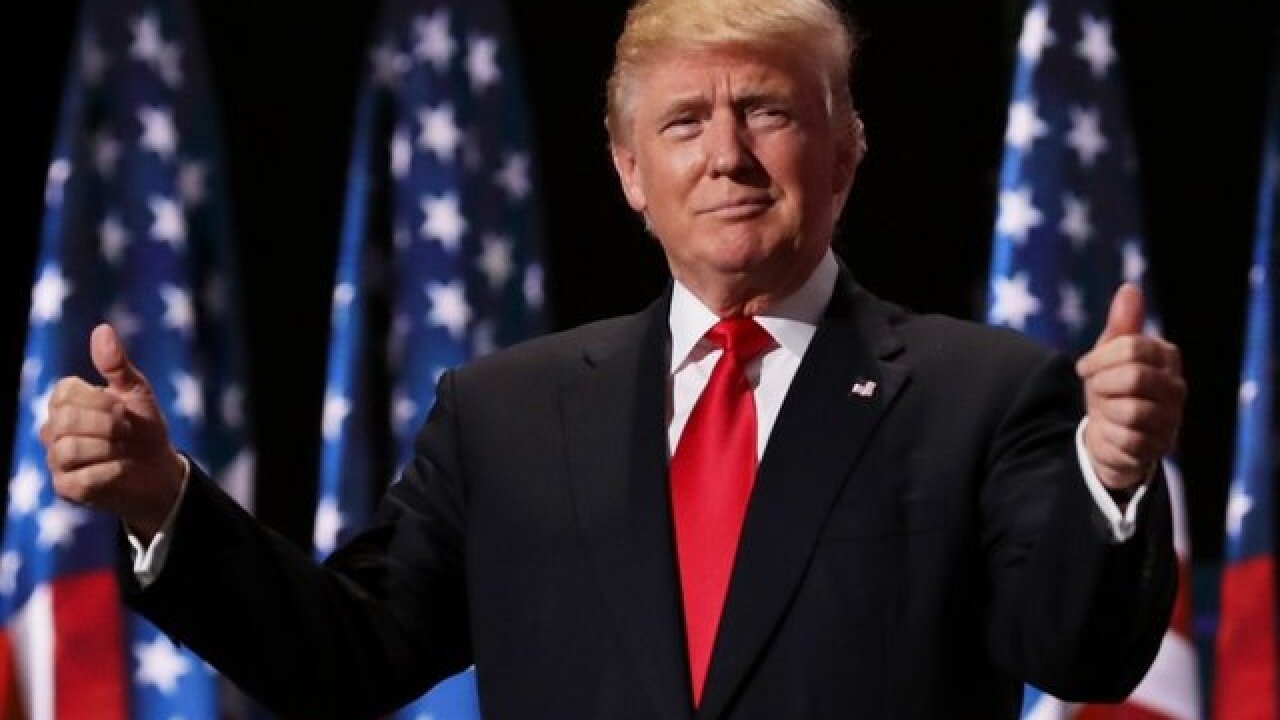 Trump says he will visit hurricane-ravaged Florida
-- In a Wednesday morning tweet, President Trump stated he will be visiting the areas of Florida impacted by Hurricane Irma.

Trump tweeted: "I will be traveling to Florida tomorrow to meet with our great Coast Guard, FEMA and many of the brave first responders & others."

Trump said: "The approval process for the biggest Tax Cut & Tax Reform package in the history of our country will soon begin. Move fast Congress!"

He followed with: "With Irma and Harvey devastation, Tax Cuts and Tax Reform is needed more than ever before. Go Congress, go!"

So far, the president has not revealed specifics regarding tax reform goals despite his insistence that Congress get to work.

ESPN responds after anchor lashes out against Trump
-- ESPN SportsCenter anchor Jemele Hill spoke out against President Trump on Twitter Monday, causing the network to issue a statement distancing itself from her comments.

In the midst of a Twitter conversation with other users, Hill referred to Trump as "a bigot" and added, "Donald Trump is a white supremacist who has largely surrounded himself w/ other white supremacists."

She also tweeted: "The height of white privilege is being able to ignore his white supremacy, because it's of no threat to you. Well, it's a threat to me."

"Trump is the most ignorant, offensive president of my lifetime. His rise is a direct result of white supremacy. Period."

"He is unqualified and unfit to be president. He is not a leader. And if he were not white, he never would have been elected"

On Tuesday, the network's public relations department tweeted: "The comments on Twitter from Jemele Hill regarding the president do not represent the position of ESPN. We have addressed this with Jemele and she recognizes her actions were inappropriate."

As of Wednesday morning, ESPN did not announce if Hill would face any punishment for her statements.

The previously undisclosed turf war comes as the Senate judiciary committee has not yet given assurances to the special counsel's office that it could have unfettered access to the transcript of the interview it conducted last week with the president's eldest son, Donald Trump Jr., saying that the full Senate must first authorize the release of the information to Mueller's team.

What appears to have irked the panel in particular is the refusal of the Justice Department to cooperate with a key part of its investigation. The leaders of the panel, Senate Judiciary Chairman Chuck Grassley and the ranking Democrat Dianne Feinstein, have repeatedly asked two senior FBI officials -- Carl Ghattas and James Rybicki -- to sit down for a transcribed interview to discuss the Comey firing as part of its inquiry into any improper interference with the FBI.

But the Justice Department has declined, citing "the appointment of Robert S. Mueller III to serve" as special counsel about Russian interference in the 2016 elections and "related matters."

The House and the Senate unanimously approved the joint resolution this week. It could land on Trump's desk for his signature as early as Wednesday.

The measure specifically denounces "White nationalists, White supremacists, the Ku Klux Klan, neo-Nazis, and other hate groups" and urges the president to do the same.

Trump was widely criticized for blaming both counterprotesters and protesters with the so-called alt-right for the deadly demonstrations in Charlottesville.