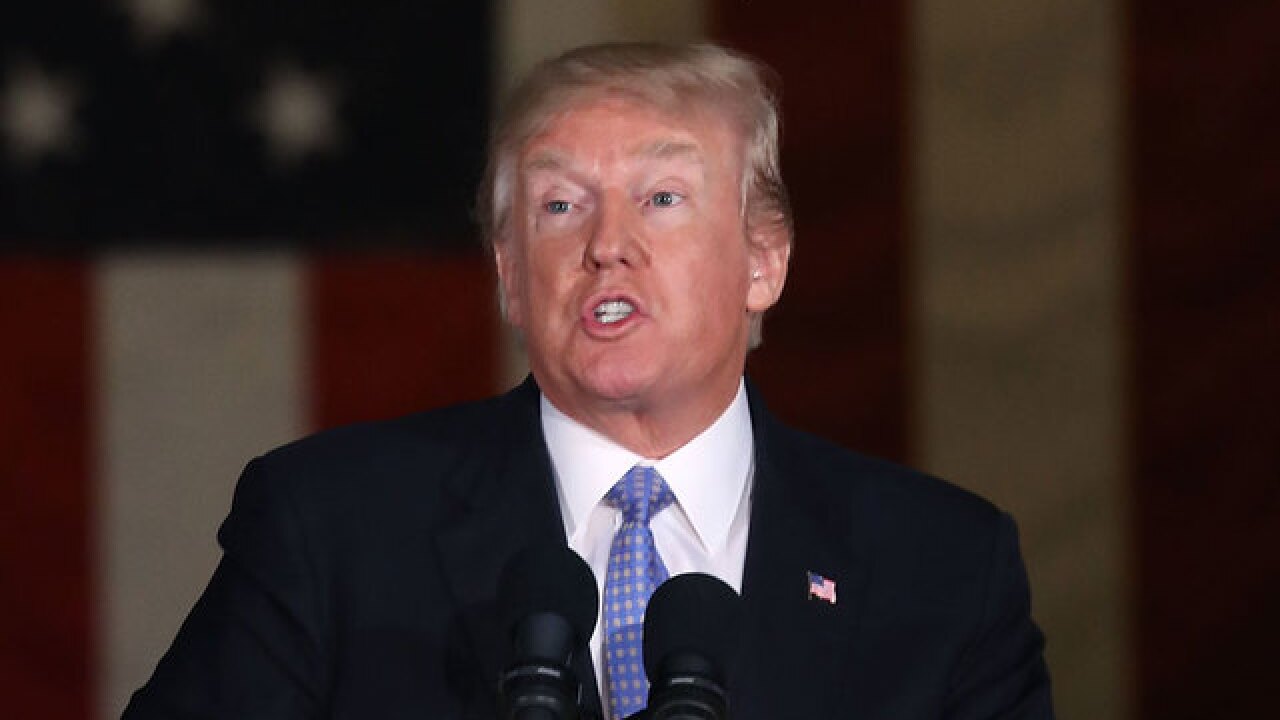 Trump says border wall plans haven't changed
-- -- President Trump insisted that he has remained consistent in his plans for a border wall, a day after Chief of Staff John Kelly said the president has "changed his attitude" on it.

Trump tweeted Thursday morning: "The Wall is the Wall, it has never changed or evolved from the first day I conceived of it. Parts will be, of necessity, see through and it was never intended to be built in areas where there is natural protection such as mountains, wastelands or tough rivers or water."

He later tweeted: "The Wall will be paid for, directly or indirectly, or through longer term reimbursement, by Mexico, which has a ridiculous $71 billion dollar trade surplus with the U.S. The $20 billion dollar Wall is 'peanuts' compared to what Mexico makes from the U.S. NAFTA is a bad joke!"

The president added: "We need the Wall for the safety and security of our country. We need the Wall to help stop the massive inflow of drugs from Mexico, now rated the number one most dangerous country in the world. If there is no Wall, there is no Deal!"

Kelly told Fox News Wednesday that Trump's views on the project have "evolved."

Kelly said, "He has evolved in the way he's looked at things. Campaign to governing are two different things, and this president has been very, very flexible in terms of what is within the realm of the possible. He's changed his attitude towards the DACA issue and even the wall."

Sticking points such as immigration remain, and President Trump has made it clear a shutdown would hurt the U.S. military.

A government shutdown will be devastating to our military...something the Dems care very little about!

Trump also said he believes the Children's Health Insurance Program (CHIP) should not be part of any short-term budget deal.

CHIP should be part of a long term solution, not a 30 Day, or short term, extension!

House Republicans have included a six-year renewal of CHIP in a potential short-term deal in hopes of getting Democrats on board.

White House officials are supporting a short-term extension to keep the government funded. A deal on the table would be a one-month funding measure that does not include immigration-related funding.

If Congress does not agree on a deal, a shutdown would begin midnight on Friday.

Trump unveils winners of "Fake News Awards"
-- President Trump made a promise to hold media outlets for reporting what he refers to as "fake news," and he delivered on that vow in the form of the "Fake News Awards."

Minutes after Trump tweeted a link to a page on the GOP website, numerous users reported receiving errors when trying to access the page.

Trump tweeted after posting the page link: "Despite some very corrupt and dishonest media coverage, there are many great reporters I respect and lots of GOOD NEWS for the American people to be proud of!"

On the page, the president claimed, without attribution, that 90 percent of the news is negative against him. He went on to list 11 specific stories -- with screenshots -- that he claimed was "fake news":

1. The New York Times’ Paul Krugman claimed on the day of President Trump’s historic, landslide victory that the economy would never recover.

7. CNN FALSELY reported about Anthony Scaramucci’s meeting with a Russian, but retracted it due to a “significant breakdown in process.”

9. CNN FALSELY reported that former FBI Director James Comey would dispute President Trump’s claim that he was told he is not under investigation.

10. The New York Times FALSELY claimed on the front page that the Trump administration had hidden a climate report.

11. And last, but not least: "RUSSIA COLLUSION!" Russian collusion is perhaps the greatest hoax perpetrated on the American people. THERE IS NO COLLUSION!